How Net Solutions Welcomed The First Month of 2015 with Learning, Sharing and Celebrations

‘A good start is half the battle won’ when you start with such a spirit there certainly will be no need to look back. We made sure that the first month of the year set the mood for a jubilant journey ahead.

It was busy but then, what will be the fun of a party that does not happen after hard work.

A client visit for Net Solutions is all about making it a great experience for the visitor as well as ourselves. So, when Sean was here we ensured that he had a great time while also gaining knowledge from him.

Sean Devlin on Next Generation Architecture and Building Apps in 2015

Sean has been our client for a while. We have helped him build Front Rush, which he co-founded in 2006 after he graduated with a degree in Math from Purdue University. Front Rush helps more than 10,000 college coaches add to their competence through apps that let them better manage recruiting and concentrate more on coaching. They can manage alumni contacts and current team rosters more efficiently with the help of the web-based management tools it provides. 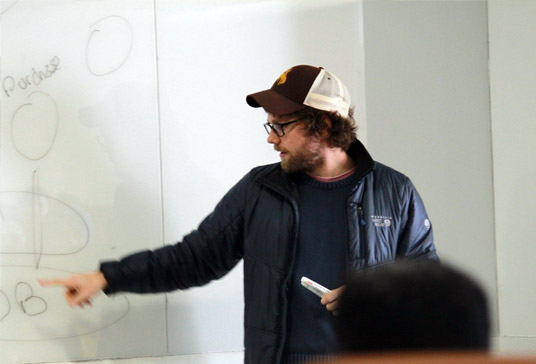 This time, for instance, he was speaking on how large apps can be broken down into smaller ones, so that you can deploy heavy modules on separate servers for load balancing. According to him, smaller modules can be shipped faster. 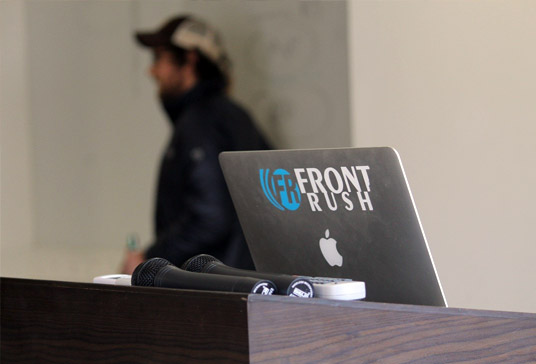 He explained how fast response times can be achieved through the implementation of cache at various levels. He elaborated on caching at browser end as well as at the database end, with respect to redis and memcache.

He advocated API first in place of mobile first and asserted that mobile first can be similar to web first in the sense that only a single expression of an application is built for in it. He explained that API first is beneficial because the separation of the frontend and backend leaves you with easily maintainable and scalable pieces of software. Agile teams prefer to develop API first, according to him.

Our Technical Architect Timcy Goyal, who has been working with Sean ever since his collaboration with Net Solutions also believes, “More than focusing on going mobile, we need to focus on a stronger API if you want to ship fast and at an incrementing pace.” 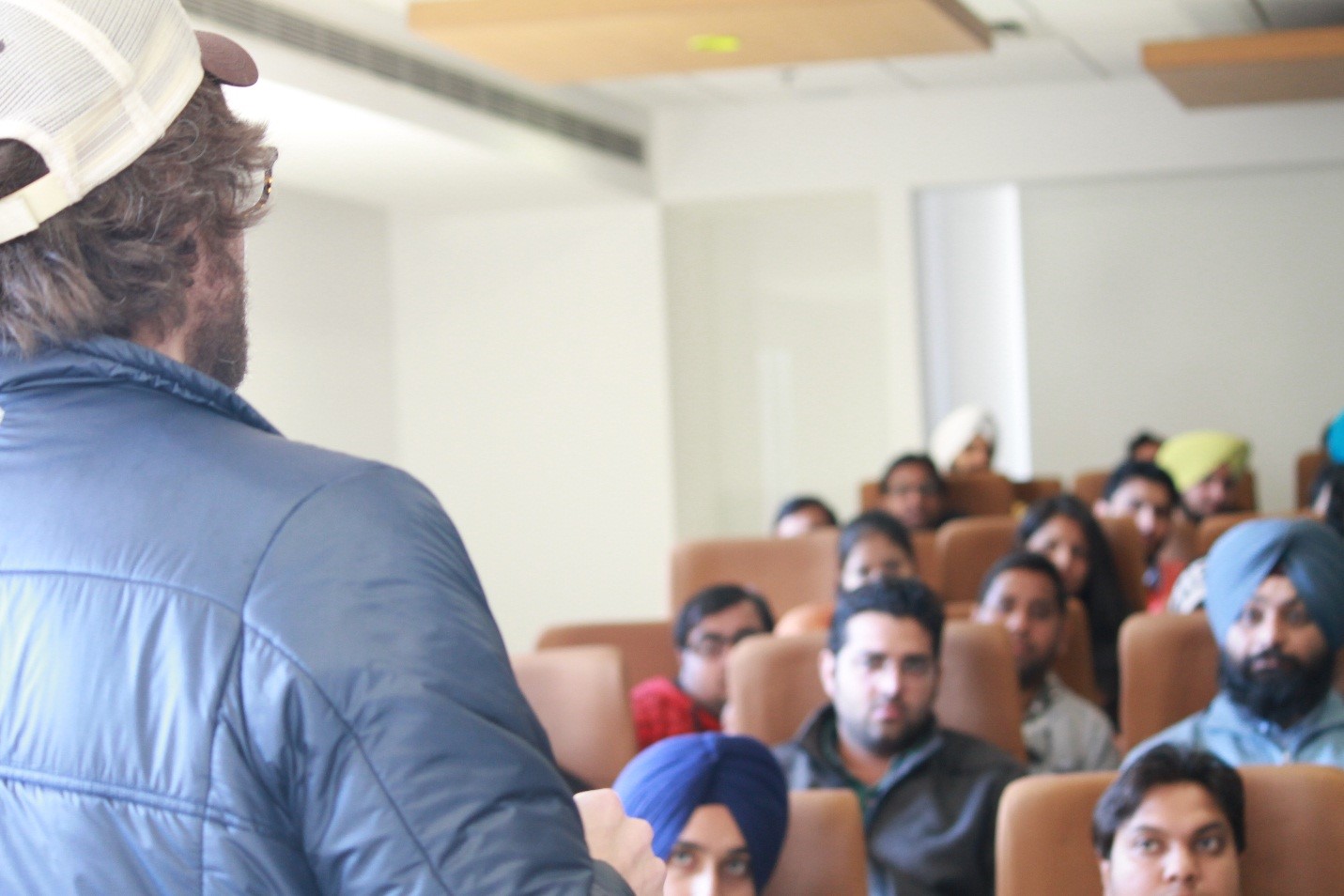 He also spoke about the JavaScript frameworks Angular.js and Ember.js and how the use of either depends on the kind of app that you are building, rather than either of them being generally preferable than the other.

At the end of each month, all Net Solutions members gather for Netsoul, usually a gala with a unique mode of celebration organized by a core committee comprising HR personnel and a few other volunteers. It is meant to provide a break from the usual routine and let everyone de-stress.

This time it was in the form of a competition where teams were pitted against others while trying to fly their kites higher than the other teams’ kites. There also was a chance to show creativity by making kites and there was enthusiastic participation, even if not all kites made were air worthy.

No one was deterred by the strong winds that virtually threatened to blow the kites out of the sky and even those who were fresh out of college and had recently joined the company participated with gusto. Meenu, who is one such joinee, said, “I had figured that working in the corporate world would mostly be about working on a computer all day but this is a lot more fun than I could ever have imagined.” 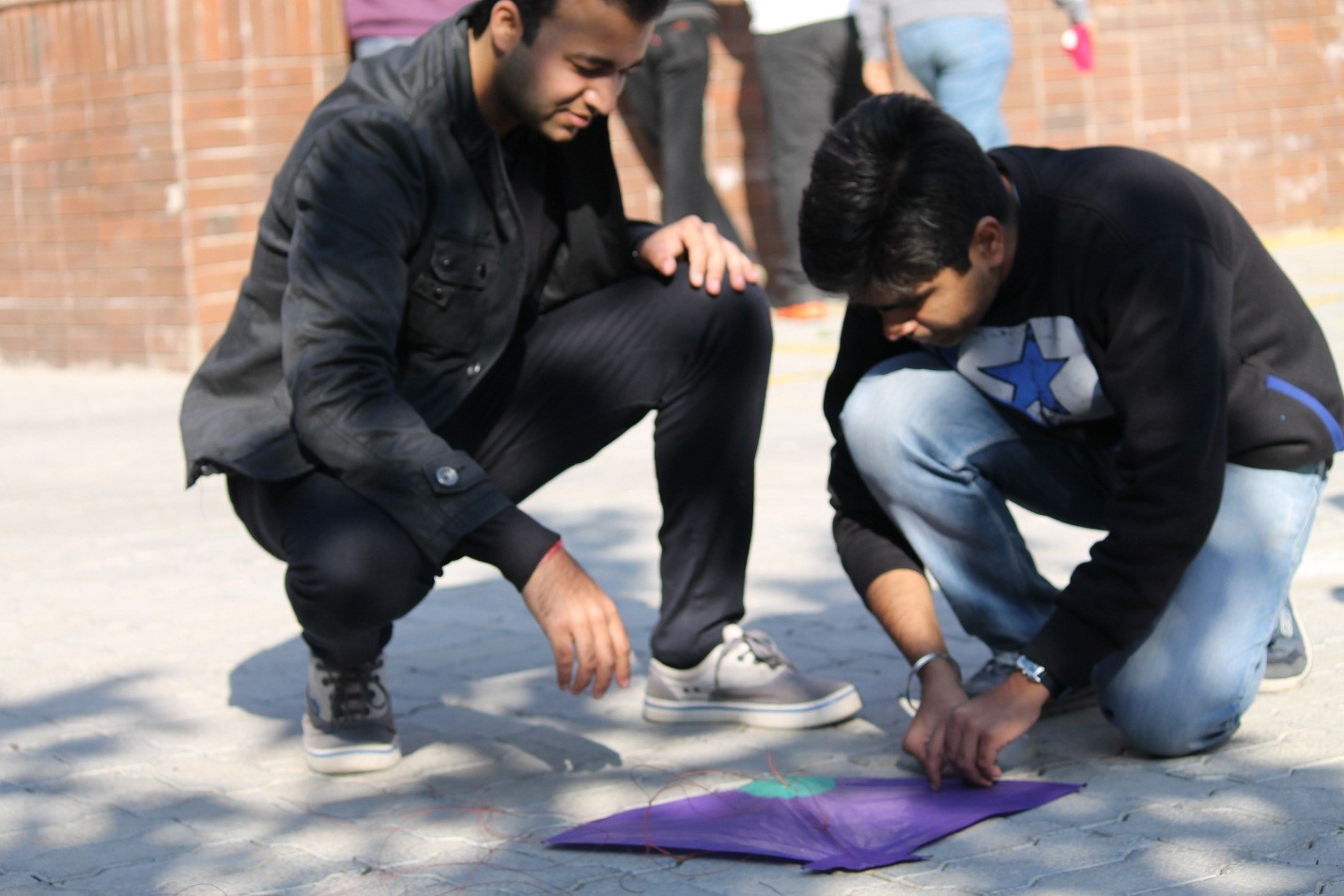 Each team that lost a kite was required to perform a little jig to get another one and the enthusiasm was in the air because we saw people shaking legs, even those with two left feet.

The fervor is on a rise and there are more events and challenges on the cards. As we prepare to meet our new goals, we are also working on new digital strategies about which you will be reading in our forthcoming updates. Stay tuned and we will bring you more.

Ritu Tandon heads the HR function at Net Solutions. She has a total experience of about 17 years in HR.