What is the 12-Factor App Methodology?

Summary: The 12-factor app methodology is a blueprint for building portable, robust, and scalable SaaS applications. Using the approach, businesses can build apps that offer a positive user experience using virtual environments for higher availability. Learn what those 12 factors are, how they work, and how you can apply them to your SaaS business.

With an estimated worth of 195.1 billion by 2023, the global SaaS industry has grown by over 61% in the last three years.

Unless your SaaS development team understands the principal methodology behind building SaaS products, the 12-factor app methodology, your SaaS business will either be a hit or a miss.

12-factor App methodology is the best product design practice that must be followed to build a resilient SaaS business model.

What are these 12 factors, and how do they affect a SaaS business? This blog answers just that. Let’s dive deep into it.

What is 12-Factor App Methodology? In 2012, developers at Heroku invented the Twelve-factor app methodology to help build scalable SaaS apps. The programmers created this rule bookkeeping the following goals in mind:

Every SaaS-driven company can refer to these principles for improving processes and workflow. 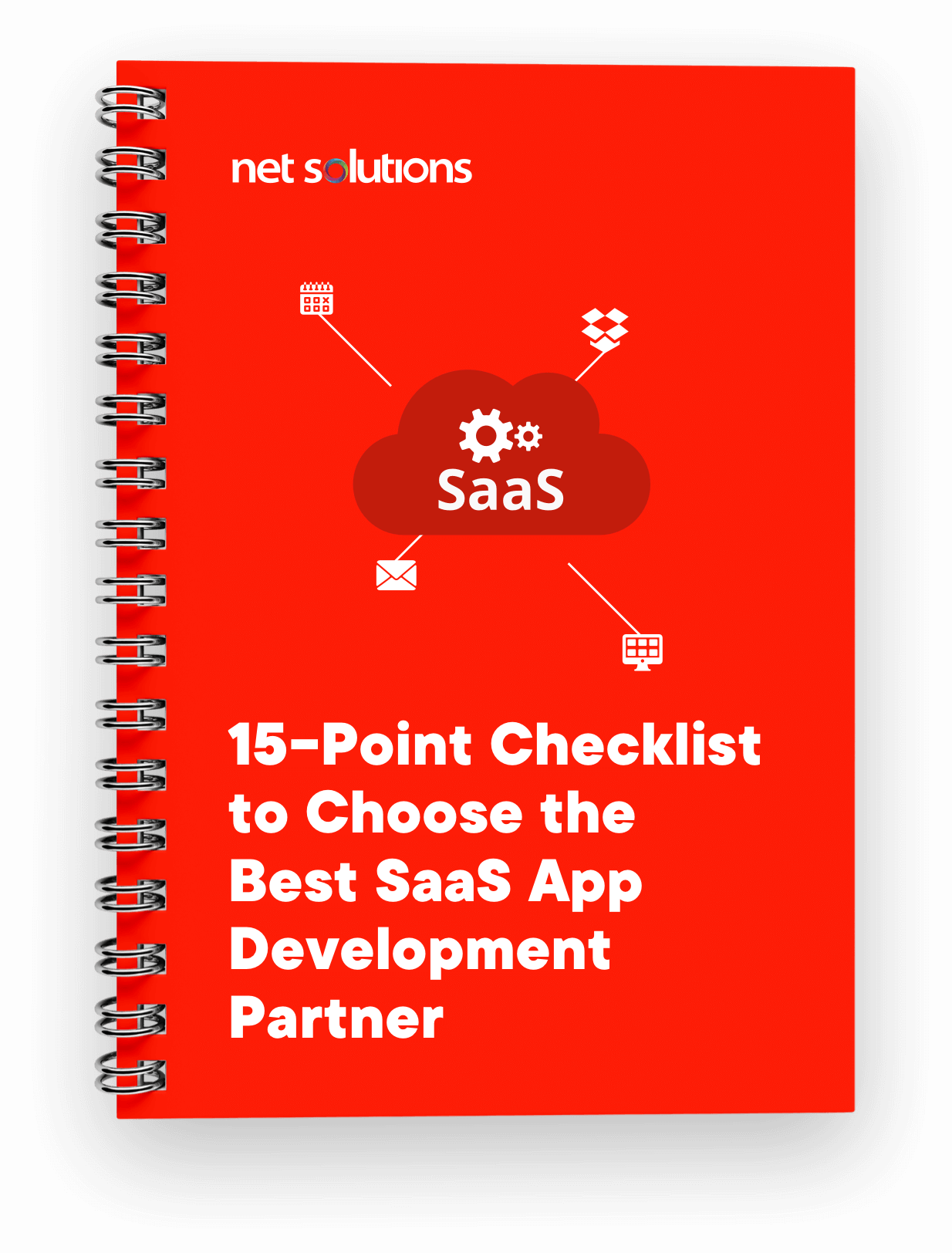 Why Should We Use the 12-factor App Methodology?

One of the most common reasons behind using the 12-factor microservice principles is that it can significantly enhance the app development process and bring costs down to a bare minimum. Here are a few other reasons why you should use this approach:

The Twelve-Factor App methodology is based on twelve principles that act as a building block for developing and deploying SaaS applications. These include:

1. CodeBase: A Single and Unified Code Repository for Many Deployments

The first principle states that every application’s code should be maintained in a single source code repository. For example, it is recommended to maintain all your code fragments in Github from early on.

The individual code blocks are maintained by developers on their system but can be deployed to various environments, such as testing and live production servers. According to this principle, the app must always explicitly declare all the dependencies and their correct versions.

For example, using Python, use Pip for declaration and VirtualENV for isolation. No matter what tools or tech stack you use, dependency declaration and isolation must be used together to comply with the 12 Factor App Principles.

One of the 12 Factor App benefits is a simplified setup for new app developers. They can simply check the app’s codebase using their machines by installing the language runtime and dependency manager.

3. Config: Store Config in the Environment

Because an app’s config varies between several deploys, storing it as constants in code violates the 12 Factor. Please note that the “config” here doesn’t mean the app’s internal config, as it doesn’t vary between deployments and is best stored in code.

For instance, if the code stores information such as passwords, it violates security. Anyone having access to the code can easily hack through the code. This is why the configuration data must be stored elsewhere, which can be accessed by the application code upon runtime.

In a 12-Factor App, Backing Services means any attached services that the app consumes over the network to execute its normal operations. These services can either be locally managed or can be some third parties.

For example, datastores like MySQL, caching systems like Memcached, or binary asset services like Amazon S3. An app that complies with the 12 Factor methodology makes no distinction between these services and treats all like attached resources accessed using a URL or other credentials stored in config.
The 12 Factor rule says that if the location or connection details of such a service change, there shouldn’t be a need to make changes in the code. These details should be available in the config data. These services can be attached or detached from deployments quickly. For example, suppose an app’s database is not working correctly due to any issue. In that case, the developer should be able to spin up a new database server restored from a recent backup without any code changes.

Build, release, and run are three essential stages of the Software Development Life Cycle. The intent of these stages is described below:

6. Processes: Execute the App as One or More Stateless Processes An app is executed in an execution environment as a collection of one or more processes. And 12 Factor processes are independently operating, stateless, and share nothing.
Therefore, any required data time and again must be stored in a stateful backing service. A 12 Factor Application believes that anything cached will not be needed for future requests. The principle focuses on increasing the system’s overall stability and scalability without impacting the actual application.

A Twelve-Factor App acts as a standalone service and doesn’t require runtime injection of a webserver in an execution environment to do a web-facing service.
It means that a web app that complies with Twelve-Factor principles is self-contained and doesn’t require any running or existing app server for the execution. The web application exports HTTP as a service by binding to a port and listening to incoming requests.

8. Concurrency: Scale-out by the Process Model This 12 Factor principle is related to scaling the application, and it says you should deploy more copies of the application instead of making the app larger. It supports the horizontal scaling of an app instead of vertical scaling.
Using this 12-Factor rule, developers can design their apps to handle diverse workloads by giving each type of work to a particular process type. The model proves very helpful when it comes time to scale an app. This horizontally scalable and self-contained nature of the 12 Factor App processes implies that adding more concurrency is a reliable and easy option.

The 12 Factor App disposability principle maximizes an application’s robustness with fast startup and graceful shutdown. It states that an app’s processes are disposable, which further implies that:

This provides various benefits to the app, like rapid deployment of code, fast elastic scaling, more agility for the release process, and robust production deployments.

The Twelve-Factor App Methodology suggests that an app’s development, staging, and production environment should be as similar as possible to ensure that anyone can understand and release it. An app that complies with 12 Factors is designed for continuous deployment by bridging the following gaps:

This eliminates the risk of bugs in a specific environment and simplifies processes. The rule suggests treating logs as event streams. Logging is crucial for keeping a check on the behavior of your application. However, 12-Factor apps shouldn’t be concerned with managing these logs.
Instead, it should treat log entries as event streams routed to a separate service for analysis and archival. The app logs will be written as standard outputs, but the execution environment will take care of its storage, capture, and archival.
This system provides greater flexibility and power for introspecting the app’s behavior over time.

Though this rule is not related to developing services, it is more about managing your application. According to this principle, the apps should run management or admin tasks in an identical environment as the app’s regular and long-running processes.
Also, it suggests using the execution environment’s built-in tool to run those scripts on the production server.

While the 12 Factor methodology helps developers develop a robust and resilient web app through continuous deployment, it also offers many business benefits.

Web apps that comply with the 12-Factor methodology can grow and shrink as needed. These apps can scale out when there is high traffic and scale in when the traffic is low, saving infrastructure costs. Also, scaling the SaaS app is more accessible as it does not require significant changes to the 12-factor application architecture.

A Twelve-Factor App is designed mainly for developing modern and containerized cloud environments from scratch. Each component is tailored to cloud deployment flexibility in such an app while creating a standard for every third-party developer to follow.

The 12 Factor Methodology says that your credentials or confidential information should not be in the code repo but in the application’s environment. This ensures security and also enforces segregation of duties.

The 12 Factor methodology is a rule book for building SaaS applications, and several leading companies like Amazon, Heroku, and Microsoft follow its listed principles. Some widely-used frameworks like Magento and Spring Boot also credit 12 Factors as a part of their design.

These principles help design and maintain a robust and modern app architecture for cloud-based apps, ensuring the timely release of new features and fixes.
Software developers working on:

Follow the 12-factor app methodology principles to ensure maximum automation and agility by minimizing divergence between development and deployment.

What Lies Beyond 12-Factor App Methodology?

While listed above were twelve strong principles for SaaS application development, there is something worth considering beyond the 12-Factor App methodology.

1. App Security is of Utmost Importance

In an enterprise ecosystem, you must address all security dimensions from day one when you start writing your app’s code.
Best practices to ensure Data security in an app includes using TLS (Transport layer security) to secure data in transit and using API keys to provide authentication and authorization. No doubt that the realm of security is broad, but you need to take care of all things (like operating systems, firewalls, networks, database security, and more) to build a secure microservice.

If you adopt the principle that all apps are backing services and should be designed as APIs-first, you can develop a system free to grow, scale, and adapt to new demands and load. This means you are creating an API to be consumed by client apps and services.
While developing a SaaS application, following all the above-mentioned best practices or principles, you can build scalable, independent, and robust enterprise applications with ease and top-notch security. Build an unbreakable and future-ready SaaS app with the 12-factor methodology.

Let Net Solutions show you how, contact us now. 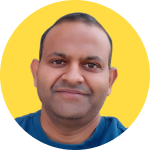