Why We Love CakePHP, the Workhorse of PHP Frameworks

Summary: CakePHP: the sweetest way to build web apps! This reliable PHP framework is the perfect baking ingredient for your next project. Its simple syntax and abundance of built-in features will have you creating tasty web treats in no time. Plus, with a thriving community of developers and users, you’ll always be aware of the situation. This blog delves into why we love using CakePHP for our web development projects and why it continues to be a workhorse among PHP frameworks.

Initially created in 1995, PHP is one of the major server-side scripting languages that helps 7 out of 10 websites succeed. According to Google Trends, PHP still outshines all its competitors nearly 25 years after its birth. There are a wide range of PHP frameworks to choose from — CakePHP, Laravel, Codelgniter, Symfony, and Zend, to name a few— that speed up development, and all are unique in their approach.

Amongst these, the venerable CakePHP is often crowned as the workhorse of PHP frameworks. Let us explore why. 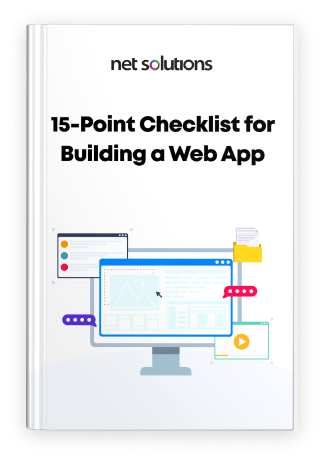 What is CakePHP: A Brief Introduction

CakePHP is an open-source PHP framework for building web applications faster. Most importantly, it helps simplify the task by minimizing the need to build your application from scratch.

Once the developer is done learning a few conventional rules, like calling a class in a certain way or ending the name of a foreign field of a table with “_id,” the framework’s backend creates everything by itself, thereby making the code faster, stronger, tastier—as its website suggests.

The CakePHP model’s advantages and popularity have helped it gain a lot of support from the community—over 8300 stars and 3500+ forks on GitHub, plus a forum and official as well as unofficial docs. Because of this support, CakePHP developers get motivated to work hard and develop the CakePHP latest version to keep up with the ever-evolving PHP web development ecosystem.

Remember that this is a general comparison, and each framework’s specific features and capabilities may vary depending on the version and configuration. It is always a good idea to carefully evaluate the needs and goals of a project before deciding on a framework.
Cake is a rapid development framework for PHP which uses commonly known design patterns like Active Record, Association Data Mapping, Front Controller, and MVC. Our primary goal is to provide a structured framework that enables PHP users at all levels to rapidly develop robust web applications without any loss to flexibility.– CakePHP

The Cake framework’s MVC implementation largely follows the concepts used by Ruby on Rails.
It is a simple paradigm to structure an application into three parts: Models, Views, and Controllers. This pattern makes separating the logic from the presentation effortless, which is very useful for large applications and sites.

Convention over configuration is a software design paradigm used by various software frameworks, including CakePHP. Its primary focus is to ease developers’ work by decreasing the number of decisions they have to make without losing flexibility.
Now, ‘Convention’ here is called ‘Arbitrary Decision.’ A convention that is already decided saves the developer’s time and reduces the number of defects. Defects get reduced because –

Why CakePHP Uses Convention over Configuration

We are big fans of convention over configuration. While learning CakePHP’s conventions takes a bit of time, you save time in the long run. Following conventions gives you free functionality and liberates you from the maintenance nightmare of tracking config files. Conventions also make for a very uniform development experience, allowing other developers to jump in and help.– CakePHP

Naming pieces of your application using CakePHP conventions will enable developers to gain functionality sans the hassle and maintenance tethers of configuration. The following example explains it pretty well:

Using these conventions, CakePHP knows that a request to http://example.com/articles maps to a call on the index() function of the ArticlesController, where the Articles model is automatically available and renders to a file.

None of these relationships have been configured by any means other than by creating classes and files you’d need to create.

The Web Development process, with a modern framework, makes use of an ORM (Object-Relational Mapping). It is a programming technique for converting data between incompatible type systems using object-oriented programming languages..

ORM is the layer that gets sandwiched between your database and your application. And the most famous ORMs are the Active Record Pattern and Association Data Mapping. Most frameworks include either of the two.

The core concept of the Active Record Pattern is that your database records remain ‘active’ in your system. In a nutshell, it is an approach to accessing data in a database.
It means that if you touch 4 MercCars objects and save them into your database, they will end up as five rows in your merc_cars database table. And, if an object is updated, its corresponding row in the table also gets updated. Thus, if your MercCars object has carColor and purchaseDate properties, it paves the way for the assumption that those are columns in the above-mentioned merc_cars table.
Here are the advantages of Active Record Pattern:

A Data Mapper is a Data Access Layer that performs bidirectional transfers of data between a persistent data store (often a relational database) and an in-memory data representation (the domain layer). The goal of the pattern is to keep them in memory representation and the persistent data store independent of each other and the data mapper itself.
Here are the advantages of Association Data Mapping:

Many live in an illusion that CakePHP uses an Active Record Pattern as an ORM. However, the reality mentioned on CakePHP’s official website is as follows:

VOYlegal and its Scalable Journey with Net Solutions

VOYlegal, a recruitment firm for lawyers, wanted a job portal built for them on which lawyers looking for jobs and prospective employers could register to let the firm help them reach informed decisions. The problem with the job portal was that it started attracting more traffic than expected and, therefore, started to slow down.

Being a large site with heavy traffic, we redesigned the whole architecture of the website using CakePHP so that it became scalable to handle more traffic, especially at peak hours. In addition, we built an advanced search in the portal. It helped to join nearly all the database tables to handle the challenge of providing an advanced search, covering millions of data units, and to join it to almost 20 tables.

The Workhorse of PHP Frameworks

One of the reasons why CakePHP is considered a “workhorse” among PHP frameworks is its robust and reliable design. It is built to handle heavy workloads and can support the development of large and complex web applications. CakePHP has a proven performance and stability track record and is trusted by many developers and organizations worldwide.

In addition to its robust design, CakePHP is also highly scalable and extensible. It has a flexible architecture that allows developers to easily extend and customize the framework to meet the specific needs of a project. This makes CakePHP a good choice for projects that require a reliable and scalable framework.

CakePHP is a workhorse among PHP frameworks because of its simplicity, reliability, and robustness. It is well-suited for building web applications of all sizes and is trusted by many developers and organizations worldwide.

CakePHP vs. Laravel – Which is better?

CakePHP and Laravel are both popular PHP frameworks widely used for web development. They both have their own set of features and capabilities, and the choice between them will depend on the specific needs and goals of a project.

CakePHP is a well-established framework known for its simplicity and ease of use. It has clear and concise syntax and comes with various built-in features, such as support for database access, caching validation, and authentication. CakePHP is well-suited for rapid application development and is a good choice for projects that require a robust and reliable framework.

Laravel framework is known for its elegant syntax and expressive API. It comes with a range of features, such as support for routing, middleware, and a powerful query builder. Laravel also has a large package and tools ecosystem, making it easy to extend and customize. Laravel is a good choice for projects that require a flexible and feature-rich framework.

Should You Bake Your Code in CakePHP?

Undeniably, CakePHP is one of the most popular PHP frameworks for development. It is an extensive, feature-rich framework. Besides that, it helps reduce development costs and quickly build applications using code generation and other scaffolding features.

The pillars discussed in the blog, on which CakePHP stands, reveal that CakePHP is more ‘Strict’ than other PHP-based frameworks. ‘Strict’ implies that a user is ‘forced’ to follow a particular way of laying out the code. Therefore, it paves the way for the code base to be more consistent, understandable, and readable.

Hiring the right web development company to write the code through the CakePHP framework can help the code to be reported consistently by following Cake’s conventions, ensuring that the code is well written and applications stand the test of time.

CakePHP: the foundation of your web application, baked to perfection.

Talk to our experts to know how CakePHP can benefit your business.