“I feel the need – the need for speed.” Pete “Maverick” Mitchell’s words in Top Gun in 1986 rang true for fighter pilots and race car drivers back then.

In 2021, the words stand true for the dynamic software product development world, where it is becoming a necessity to deliver code faster, safer, and with better quality.

The digital world has thrived over time for better reasons- a few years back, businesses usually took a month or so to release one software and today, we have reached a point where software is released numerous times a day. 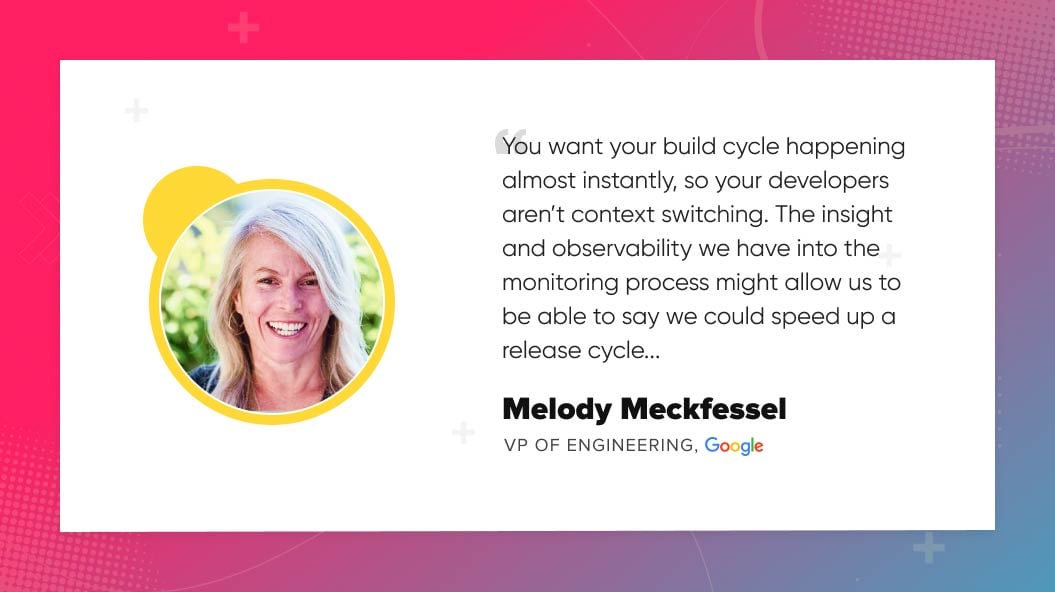 To turn the dream of continuous releases to production into a reality, organizations are leveraging a blend of various delivery approaches that bring together different layers of technology—DevOps, Continuous Delivery (CD), and Continuous Integration (CI)—developing at different speeds to deliver business outcomes. 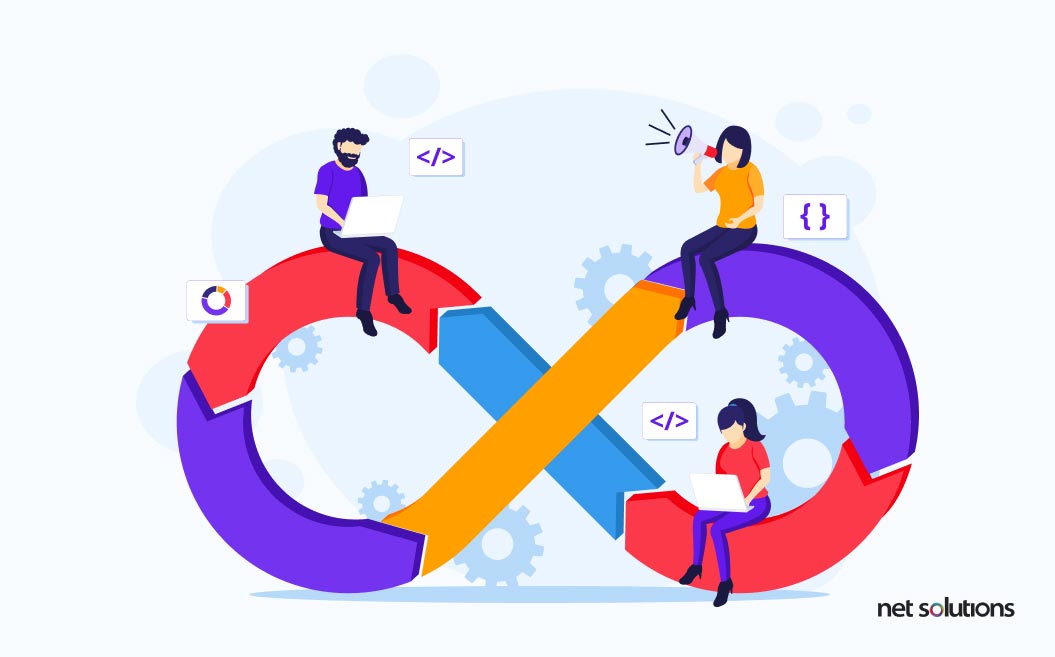 In today’s digital, mobile-first world, over 80% of organizations expect to compete majorly on customer experience(CX).

Taking into consideration the cut-throat business environment, businesses cannot afford to wait for several months to release their new features into the hands of ever-demanding customers.

Thus, software deployment frequency is constantly under pressure to increase.

The success behind Candy Crush, one of the favorite games of 250 million people (including me) since 2012, lies in its continuous updates as per the demands of their users. King, the Swedish developer behind Candy Crush Saga, adds new content to the game weekly and updates the back-end client at least every fortnight.

The Statistics that Back the Need to Release Software Faster, Safer, and with Better Quality

The State of DevOps report highlights that people in operationally mature companies, despite the demonstrably lower performance, reflect a culture that deplores risk and values stability more highly than rapid throughput.

The Software Release Process and the Technology Involved

“I want it all and I want it now…”
sang Freddie Mercury (lead singer of the band Queen). His words stand true today for all those organizations that strive to survive and wish to accelerate their release frequency.

To streamline the process of software release, Jez Humble designed a graphic for his book Lean Enterprise. It highlights the process of a production release, outlining the range of changes that organizations need to make to move from releasing once every 100 days to hundreds of times a day.

To streamline your software release cycle, it is advised to follow the best practices with a blend of various technologies and tools, working together to align your business strategy with your customers’ needs.

So, here is a list of tools and technologies to understand how to manage software releases faster.

Global tech enterprises were the early adopters of DevOps. Facebook, for instance, releases 100 million lines of code daily. By 2015, Amazon developers were doing a production deployment every 1 second.

Imagine the speed that Amazon might have achieved at present. 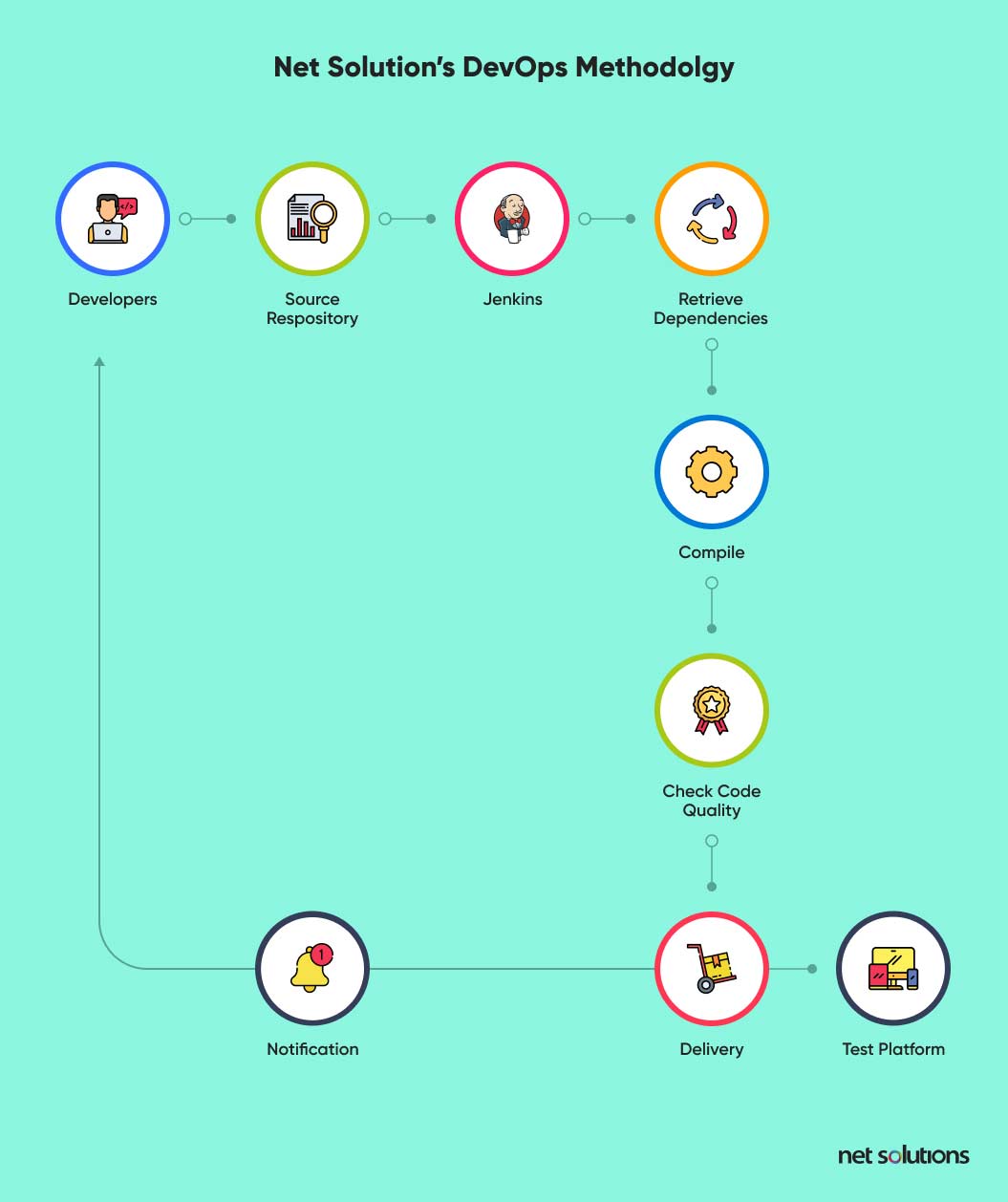 The State of DevOps report mentions that the industry has “crossed the chasm” with regard to DevOps. The report highlights that the industry velocity is increasing and speed and stability are both possible, with shifts to cloud technologies fueling this acceleration.

However, shifting to cloud technology without a security-first approach will put your product in danger. Thus, taking DevOps to the next level, many organizations have started to embed security as a key parameter in their DevOps pipelines. This new approach is one of the latest digital technology trends, named as DevSecOps. 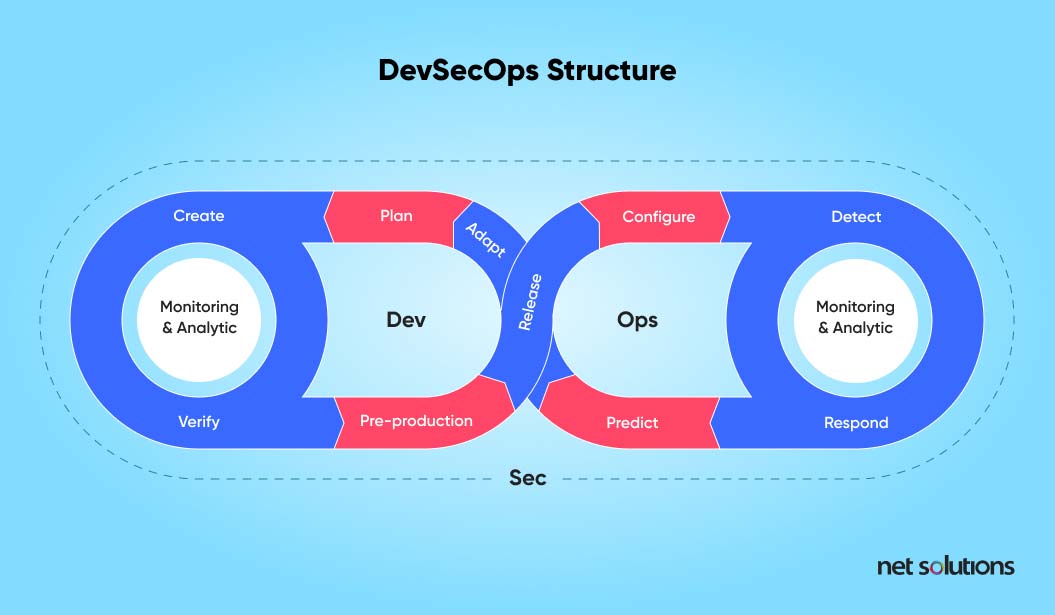 DevSecOps can boost compliance maturity levels of a company’s DevOps pipeline if deployed strategically, thereby ensuring how to deliver software faster and safer.

As per this tweet by CNCF, implementing DevSecOps and other cutting-edge technologies holds the potential of minimizing software release time while pushing software multiple times a day.

The pillars of successful DevOps include- Continuous Integration (CI) and Continuous Delivery (CD), which help product owners to develop products of the utmost quality. 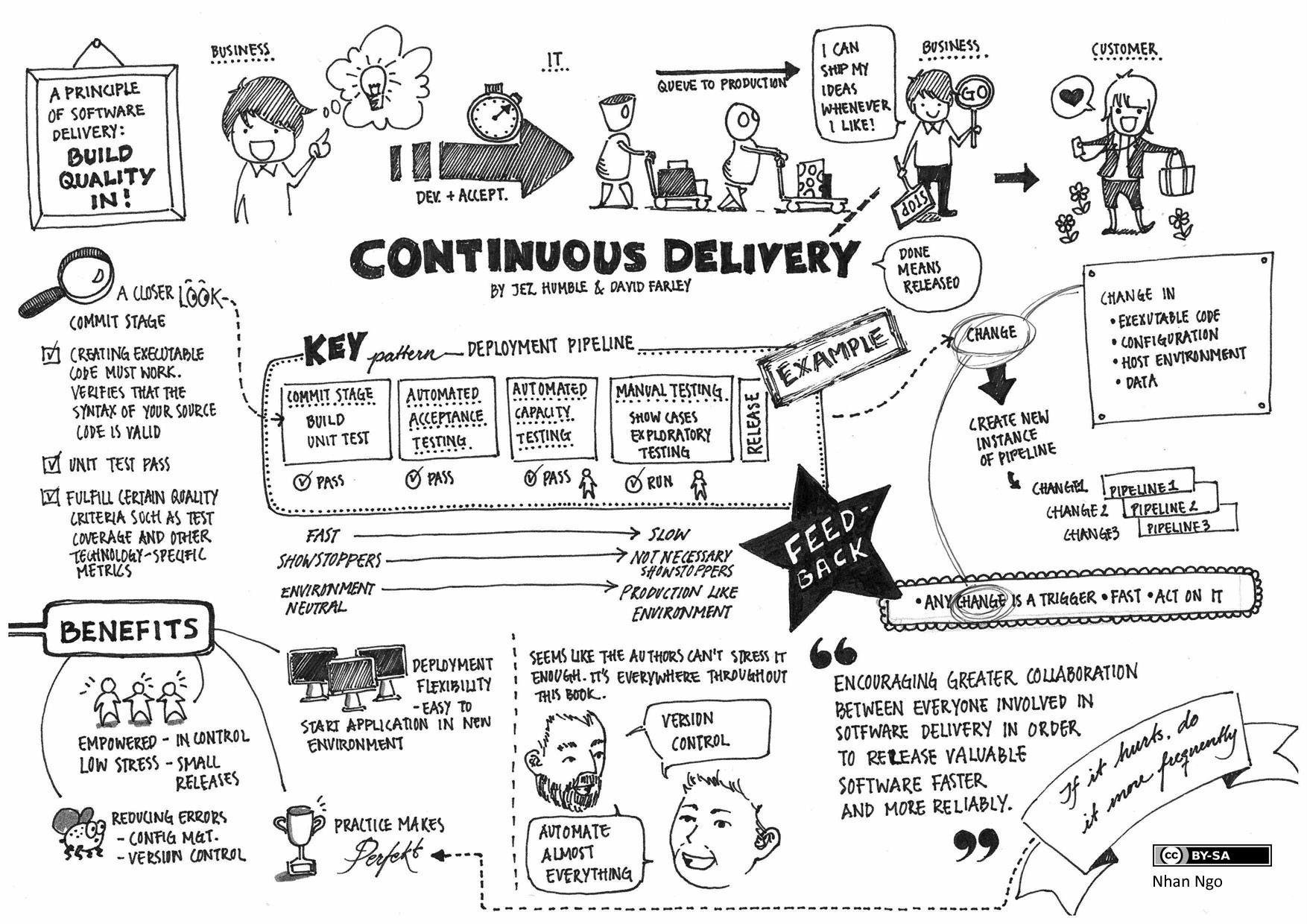 Despite the benefits of Continuous Delivery, there just a few organizations that regularly perform advanced continuous delivery practices.

Research on Continuous Delivery mentions that:

Although an old case study that dates back to 2011, however, it is still a relevant example of how Continuous Delivery managed to improve the efficiency of HP’s LaserJet Firmware division: a division, which builds the firmware running all their scanners, printers, and multifunction devices.

a) The Problem: They were moving too slowly. They had been on the critical path for all new product releases for years and were unable to deliver new features.

b) The Goal: To improve developer productivity by a factor of 10

c) The Solution: To achieve this goal, they started to implement Continuous Delivery with a major focus on Continuous Integration and Test Automation.

d) Achievement: After 3 years of work, the HP LaserJet Firmware division improved the software delivery process in the following ways:

Continuous integration involves automating the building and testing of source code whenever the developer checks in the code. It indicates that when a developer makes a change, a time-automated system enables them to identify problems in the early stage.

Since software becomes the vital component for multiple functions and automation of the software development process to quickly release, a rapid boost in the adoption of continuous integration tools throughout major industry verticals is expected. In fact, as per a recent report, the continuous integration tools market size was USD 402.8 million in 2017 and is expected to reach USD 1,139.3 million by 2023, at a Compound Annual Growth Rate (CAGR) of 18.7% during the forecast period. 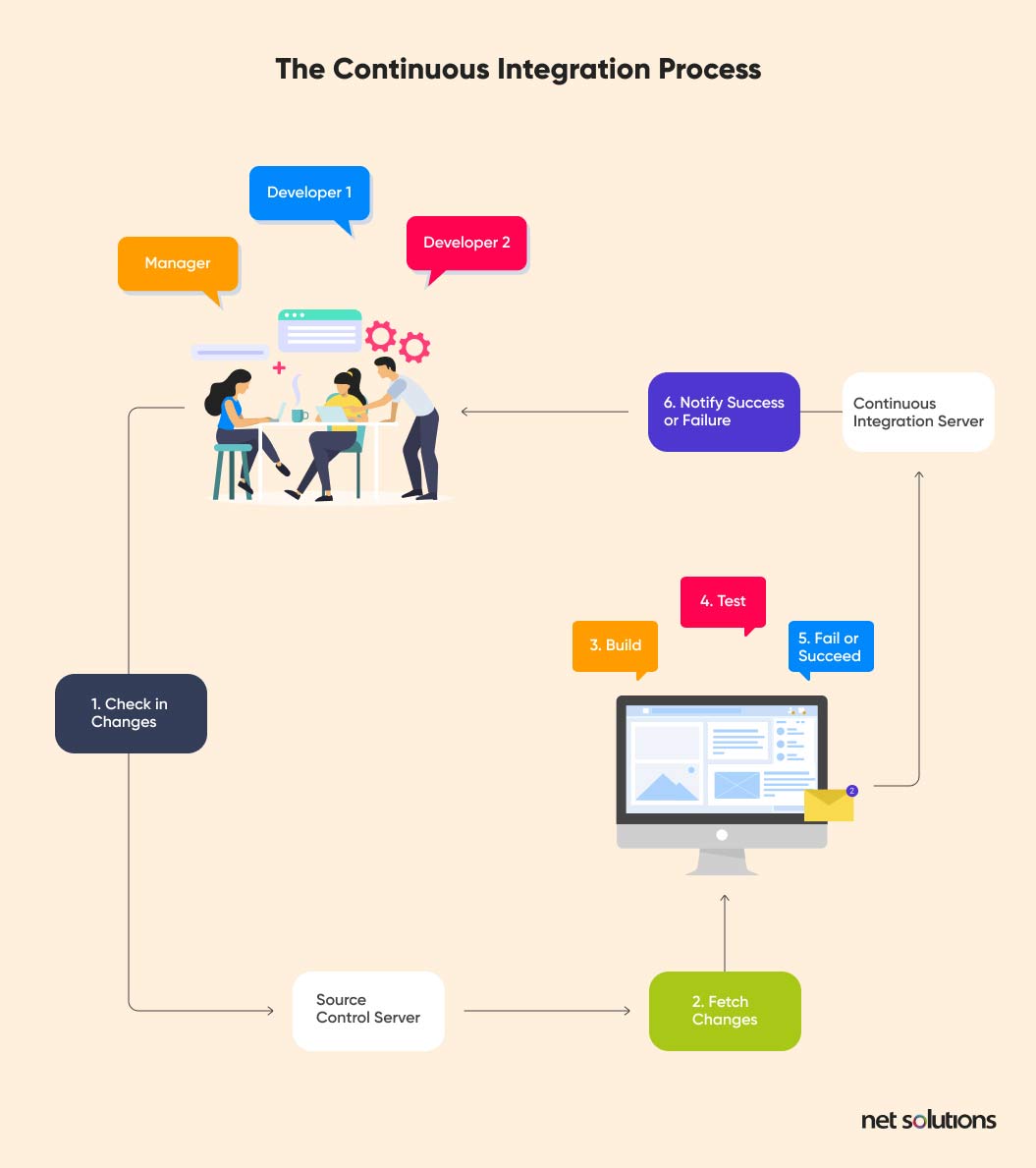 Here are the major benefits of CI:

Dive Deeper into the Concept of CI CD

How can Release Cycle Time be Reduced with DevOps?

Continuous Delivery and DevOps are simply inclined towards one thing: minimizing release cycle time backed by a set of release management steps, DevOps release process, and a release strategy in DevOps that works in real-time.

The cycle time is the time acquired in having an idea, getting that idea in the hands of the customers, and getting feedback which right away demands optimizing the software development processes no matter what it takes. To reach this level, more emphasis is put on defining the cycle time more clearly and an iterative approach is backed by agile development, DevOps, lean thinking, and continuous delivery.

All in all, the release process in DevOps holds the potential to optimize for a shorter cycle time that helps in improved behaviors in terms of the development process, culture, and technology without compromising on the quality parameters.

Few Lessons to Learn from the Tech Unicorns

We have heard about the potential of DevOps, but hardly do we know about how the tech giants are reaping the benefits out of it.

As per a survey, almost 80 percent of respondents believed that DevOps is at least somewhat important, with almost half of them claiming it is very important. 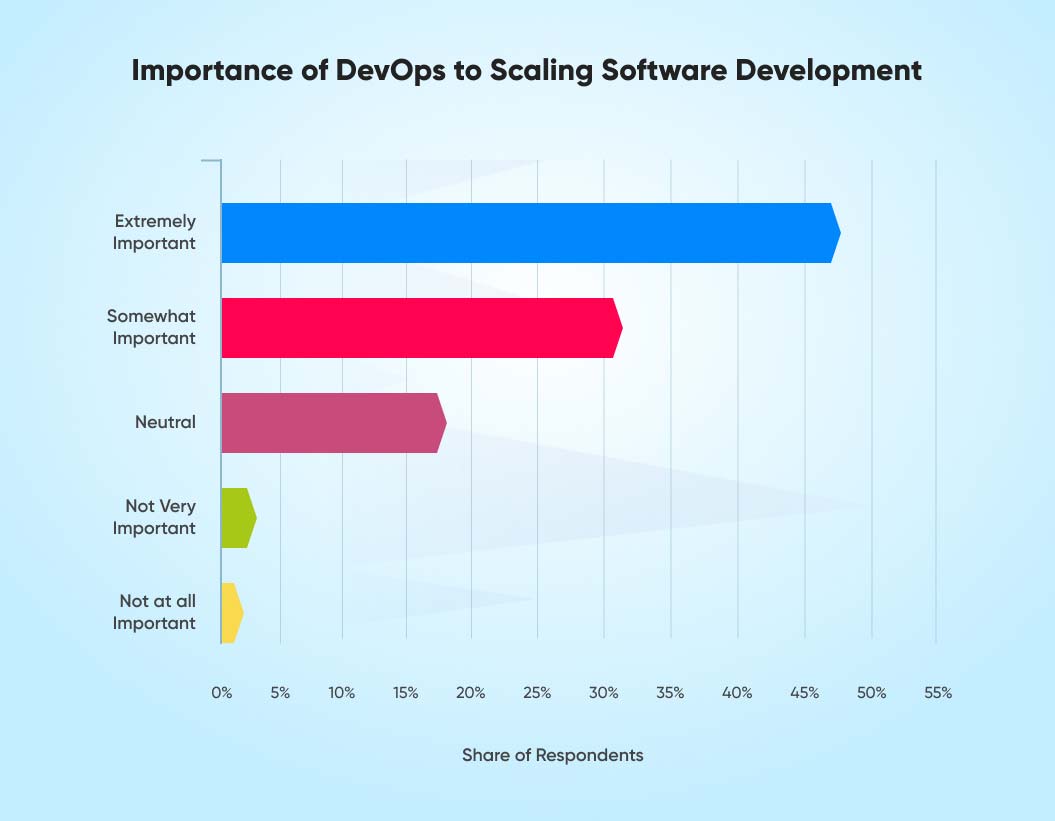 Within a year of Amazon’s move to AWS, engineers’ deployed code every 11.7 seconds, which were the most unexpected Amazon deployments per day.

Facebook’s accelerated development lifecycle has been winning the user’s trust while migrating its complete infrastructure and back-end IT to a configuration management platform.

Netflix continues to leverage automation and open source, and today engineers are deploying code thousands of times every day.

Etsy has got an entirely automated deployment pipeline, and its continuous delivery practices resulted in over 50 deployments every day with minimized disruptions.

The reality of today’s product development world is that the idea of the perfect software release is now obsolete. The factors that matters the most are: usability, fast turnaround, and overall development efficiency.

Speed and innovation are the two factors that separate the winners from losers in today’s digital age. To reach there, businesses should start to adopt an agile software release management process focusing on a blend of technologies–DevOps, CI, and CD–to increase the software release frequency.

Give Your Business a Competitive Edge with DevOps

Talk to our experts to optimize your software delivery and time to market.