How to Make an App in 2023: 9 Stages of Mobile App Development

Mobile application development is one of the most exciting and profitable ventures in the digital economy of 2023. It has been a decade or more since app-based computing has hit it big, and by now the process has been refined to a fairly routine set of steps. While the details of every product vary, here’s the general outline of the stages your mobile app development should take. Let’s learn how to create a successful mobile app from the ground up with this blog: 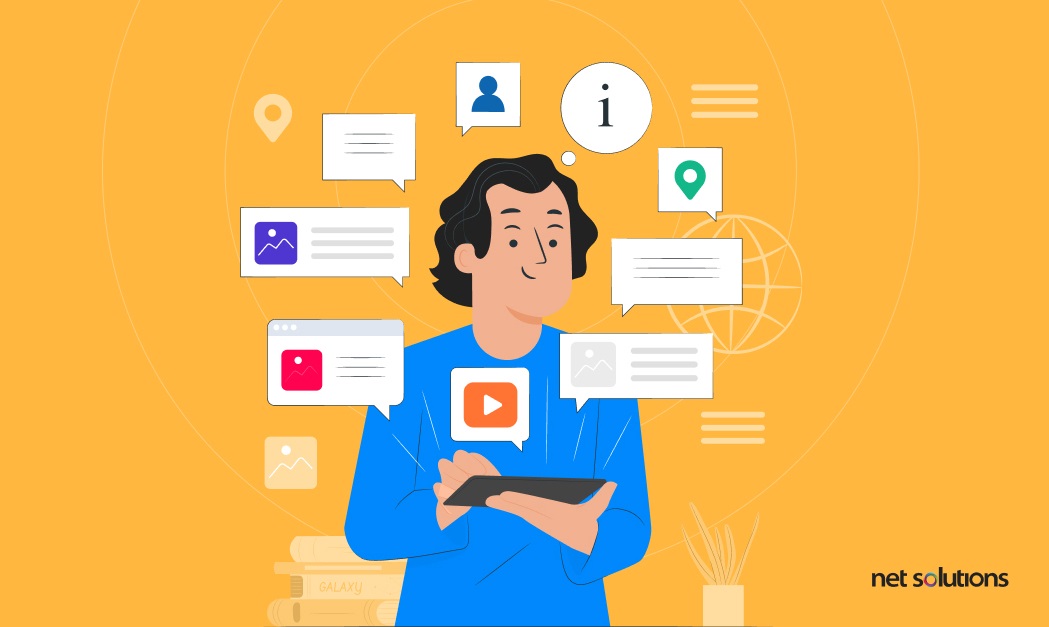 Every single app starts as a basic idea, probably yours also started the same way. However, it is just the beginning. After the first moment of inspiration, you still have most of your work ahead of you. Your first step is researching the current app ecosystem to see whether your idea has already been developed. No matter how good the idea for an app is, your work would be for nothing if you’re only duplicating an existing product and not thinking about innovating & solving problems through your mobile app development solutions.

How to Find and Develop App Ideas that Make Money

The audience for your app is another place to focus your initial research. Does a market already exist for your mobile app? Will your final product appeal to a wide audience or a more-focused group? Preliminary market research should be done before you invest significant time and resources into building out an app that might never find its public. 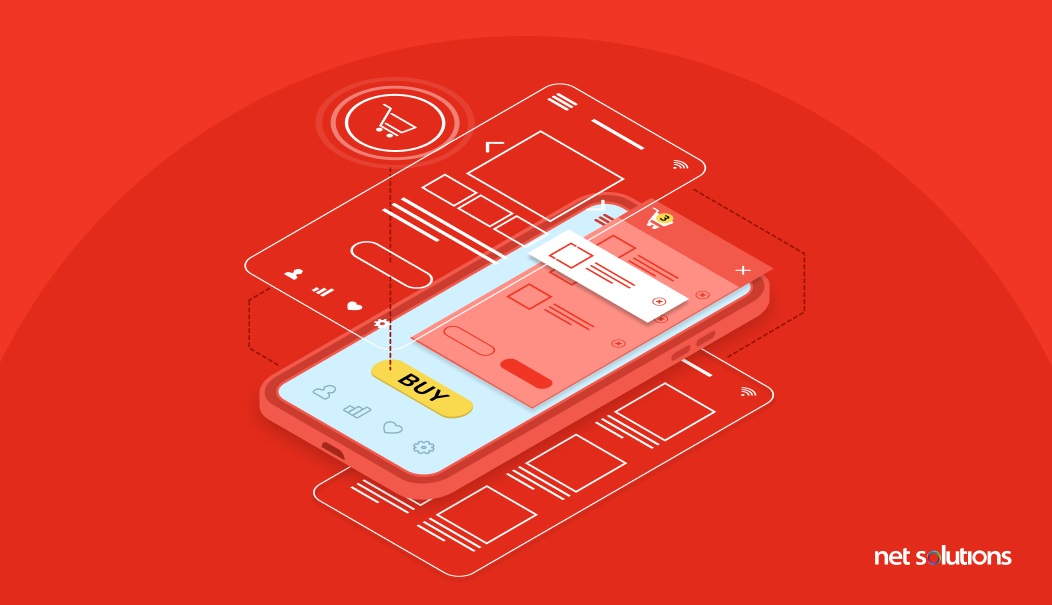 The basic idea for an app is not enough to start working on it. As a rule, you should budget time early on to flesh out your mobile app’s concept. Think about the functions your app needs, what you can add, and how it should all work together. If it helps, you can graphically design the back-end database and even print it out to have a workflow to look at while you’re coding. Think about the user interface, the buttons and screens that will be available, and how users are likely to interact with them.

This process is called wireframing, and it’s the development equivalent of an architect laying out rough sketches of a building’s blueprints. It’s at this stage you can most easily make fundamental changes to your app without going back and rebuilding large sections of the code. You might even write test sections of code to see how they operate before incorporating them in the finished design.

Once you have the rough outline of the app you plan to build, it’s time to test the design’s technical feasibility. This is where you and your team may have to invest cash and other resources. Different platforms and marketplaces impose their own technical requirements on apps, and you might have to study up a bit to know how to comply before selling. This process is also sometimes helpful for spotting weaknesses in your preliminary design and making changes before the prototype is developed. Technical feasibility studies can also point out opportunities to include extra functionality you might not have thought about during the early design stages.

To get the most out of your technical feasibility study, recruit a team of experienced developers to brainstorm the features your app will include. Try to get team members who have brought their own apps to different markets, such as Apple’s App Store and the Google Play market, as well as developers who’ve worked on both phone and tablet apps. Cast as wide a net as you can, since any member of the team might know something about their niche that could be important to the finished design of your own mobile app. 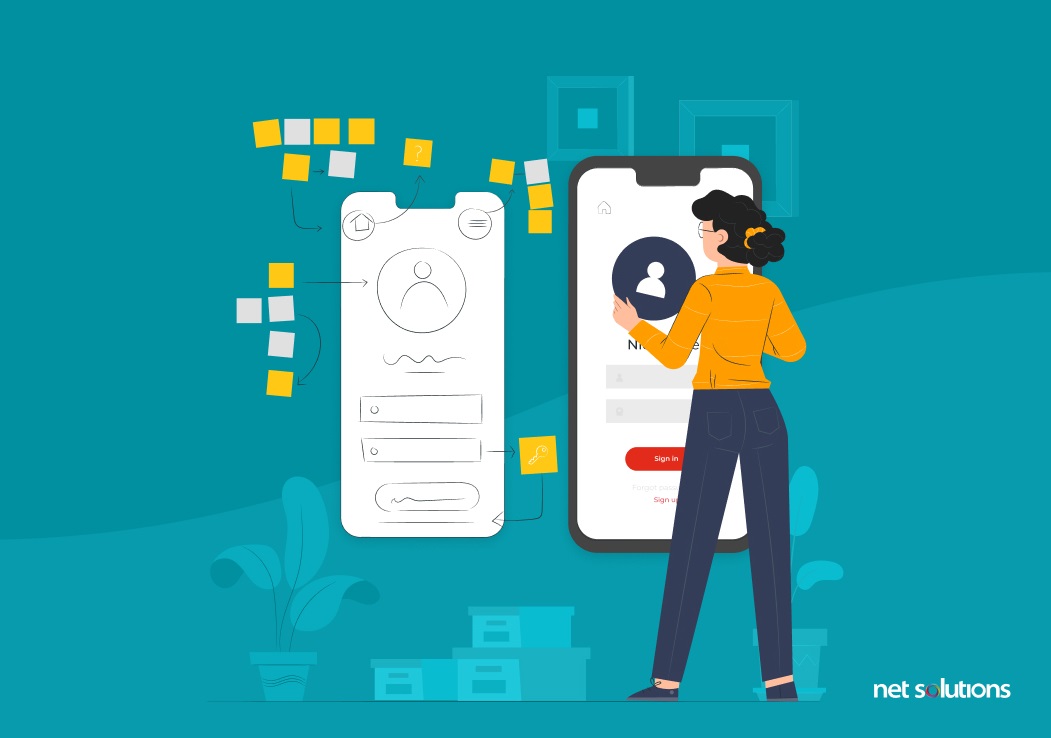 When the planning stages are finished, it’s time to build a prototype. At this stage of development, your app doesn’t have to be perfect, but the functions you’re most interested in should be built up enough for initial testing. At the very least, you should have some of the backend components working together well enough to run at least a few functions, and much of the frontend design work should be good enough for casual use.

When you have something that works well enough for a trial run, try to get the app into the hands of your stakeholders. If you have investors backing the project, now is a good stage to send them the first functional version of what you’re working on. This is especially helpful if you’re planning another round of funding, since investors are often more supportive of projects they can see and touch for themselves. This helps turn your prototype into a marketing tool, on top of being a test bed for your mobile-app ideas. 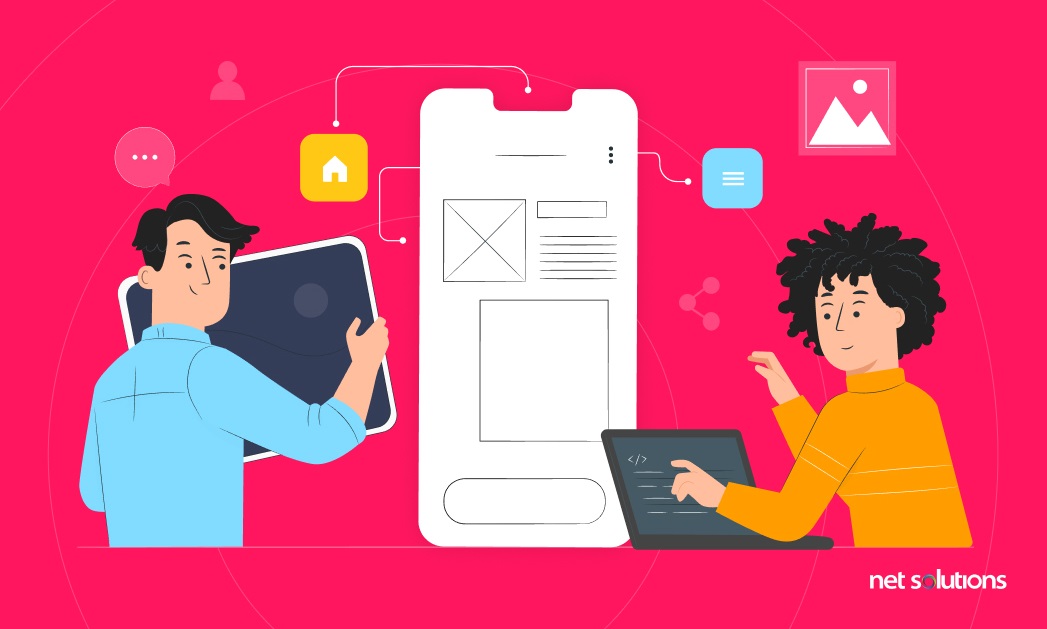 You should solicit as much feedback from the prototype testers as possible, especially for their experiences with the graphic interface. The comments and criticism you get from the first outsiders who use your mobile app will bring a fresh perspective and guide much of the design work you do moving forward.

If, for instance, you planned the app to have a swipe-left/swipe-right feature for sifting through screens, that idea may have made perfect sense to you during the planning stages. However, if you get feedback that this feature is confusing, you still have time to design a different interface before committing to it. Let your interface design be guided by the alpha testers’ experiences and suggestions for improvement. 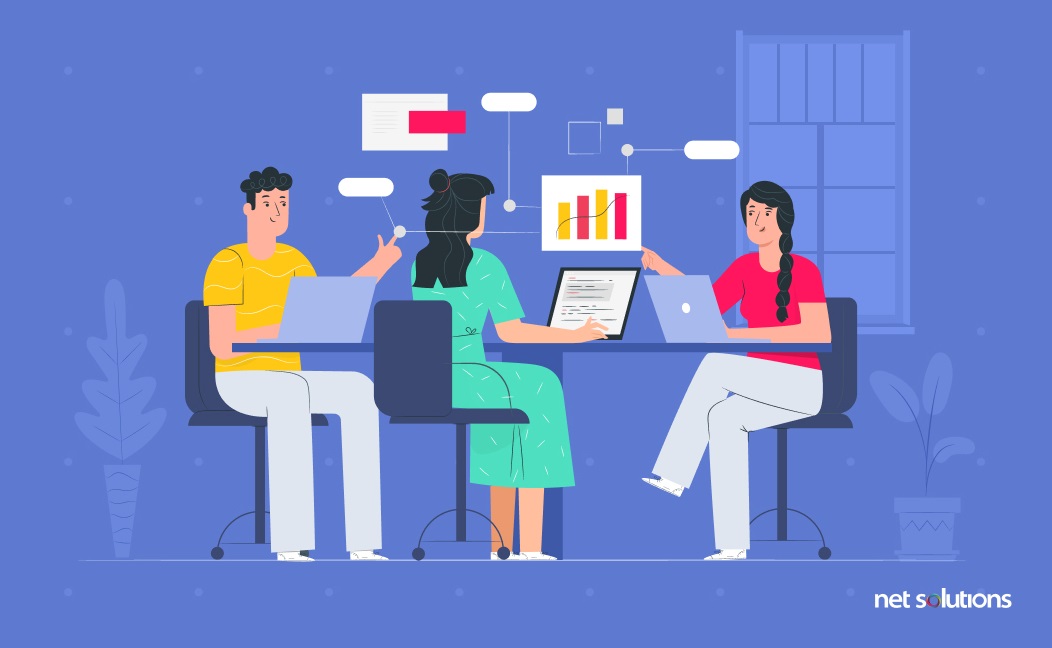 App designers work on the front end of a program to create a useful, attractive interface. Architects build the databases that make it all work in the background. Development is the hard work of connecting these two components so they work seamlessly together. After getting your backend wireframed and finalizing your front end designs, you’re in a good position to write the connecting code in development.

Take your time with this stage. Development is the guts of the app, and some of the decisions you make can permanently limit or expand the potential for your mobile app through all of its subsequent versions.
Also, the development stage is when you decide on: 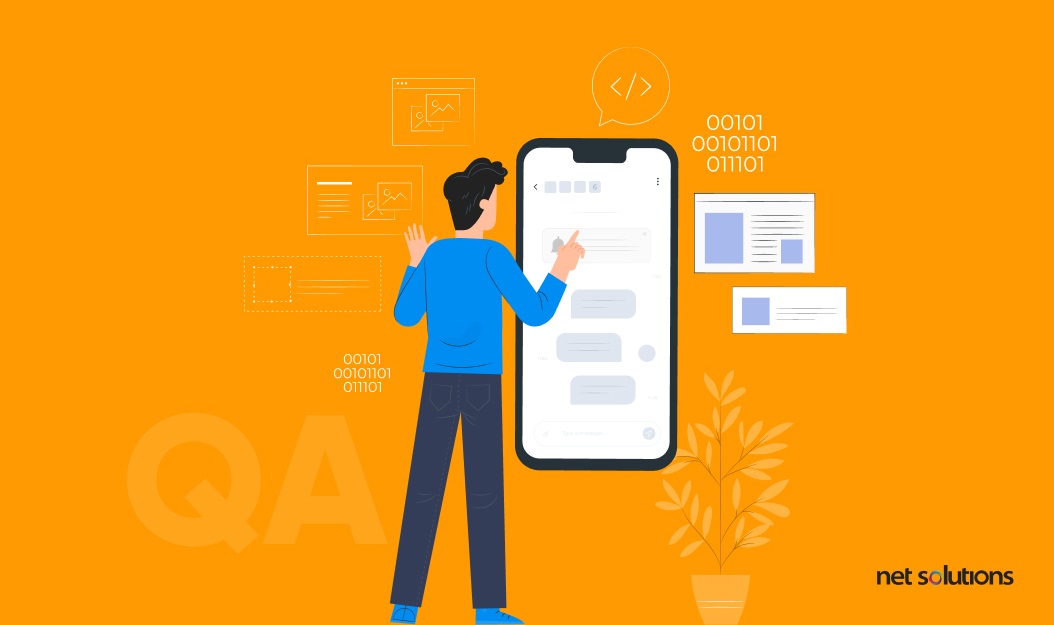 Start testing your mobile app design early, and test it often. From the initial feasibility studies to the advanced beta testing you do with the first release of the app, it’s extremely helpful to get abroad base of testers so you can mine their feedback. Consider releasing your first developed version to a limited audience of volunteer testers and ask them to submit questionnaires about their experience at intervals. This feedback can help guide the late stages of development as you make tweaks to the final design. Bugs are usually easier to fix early on, rather than later in the finished product.

When you’re ready to start testing your app, remember to break up the process into discrete tasks. You might have a team, for example, that just tests the graphics rendering on every page of the interface, while another team mostly focuses on the way the app updates or pulls data. The more focused a testing group is on a specific function, the more likely you are to get the really detailed feedback you need to craft a great app. Try breaking the app down into each of its constituent functions, such as security, interface design, compatibility with other apps, speed, and other features. As the bug reports roll in, remember to roll your patches back out for further testing to ensure your solutions work well and don’t introduce new bugs, which is a common issue for new mobile apps. 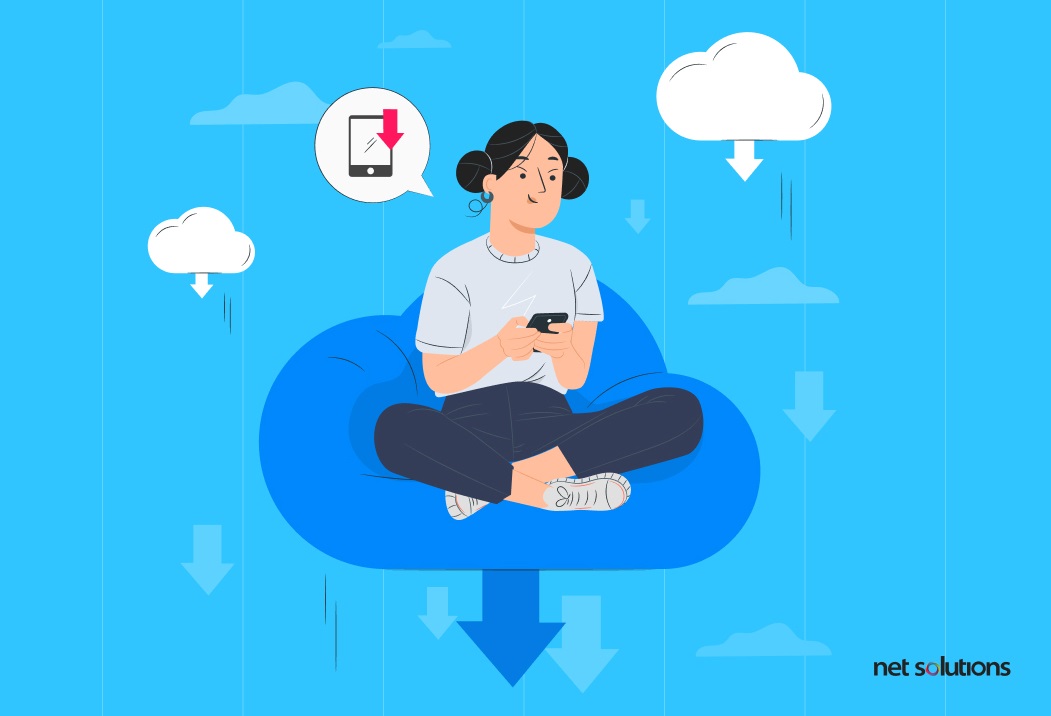 The way you roll out your app can be as much of a factor in its eventual success as any of the previous steps. Because most apps see a spike in downloads early in their rollout, followed by a gradual tailing off of purchases, you need to make a big impact right away to achieve liftoff. Choose a date for the launch and start publicizing it on your company’s social media well in advance. There is no fixed rule for how long a product lead-in should be, but you want to strike a balance between having a too-short marketing campaign that doesn’t get enough interest, and a too-long campaign that allows the public to lose touch with you. This is a good place to consult with marketing professionals to craft a multi-platform rollout strategy. 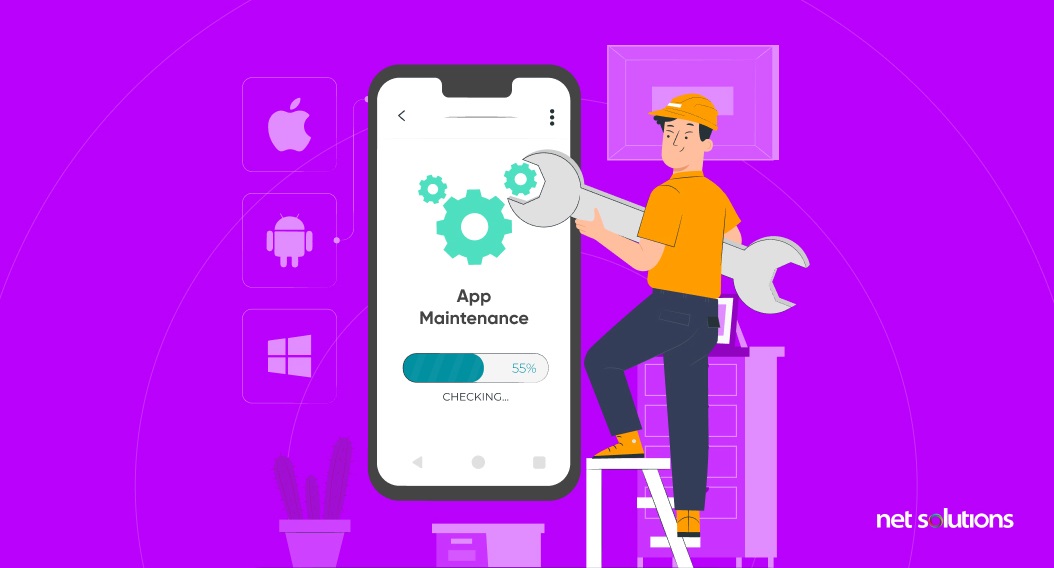 It may be a great relief to launch your app to a receptive public, but this is actually just the beginning. After you launch your mobile app and reviews start coming in, it is worth your while to read up on the most common criticism and make adjustments to help. Treat the general public as a positive resource for further testing and development of the app’s future versions. Budget what you must to provide good customer support, since the public perception of your product can greatly affect future rollouts.

Developing a new mobile app from front to back is a time consuming and demanding process. Net Solutions is a full service design agency with experts who can help you at every stage. Contact us today for a consultation about your ideas for a mobile app, and get great advice to make the process smooth at every step.

Ready to Take the Next Step