9 Things to Know Before Developing Your Mobile App

App-based programming has emerged as one of the main ways people use software in the current age of computing. With the rise of mobile platforms for everything from personal to industrial use, apps have become increasingly specialized and sophisticated.

Developing a mobile app that can compete in this rapidly growing field is a promising and exciting opportunity for a programmer. Building a successful app takes more than just learning Python, however. Here are some questions you should answer before developing your app. 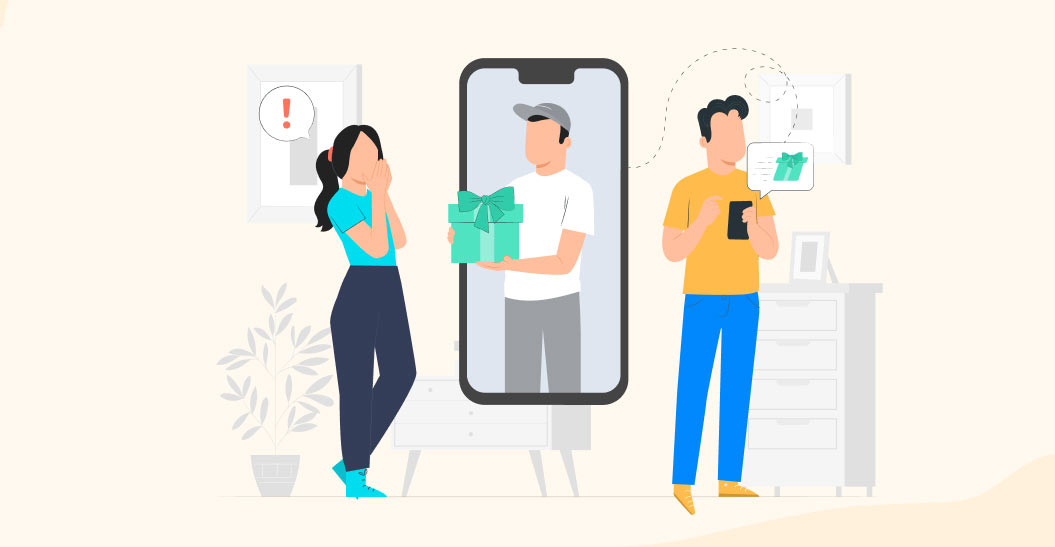 Before you sit down to write your first line of code, you should have an idea of what your app does and why people would want it. Every new app enters an arena with potentially thousands of others competing for attention from customers. If your app doesn’t stand out, your work might not bring you the benefits you’d hoped for.

Do your research before starting the development process. Find out whether a similar app already exists. Is your idea entirely unique, or do you have a lot of competition to overcome in the market? If your app does duplicate the functions of existing apps, such as a budget tracker or GPS map, what does your app bring to the table that others don’t?

2. Does Your App Have a Natural Audience? 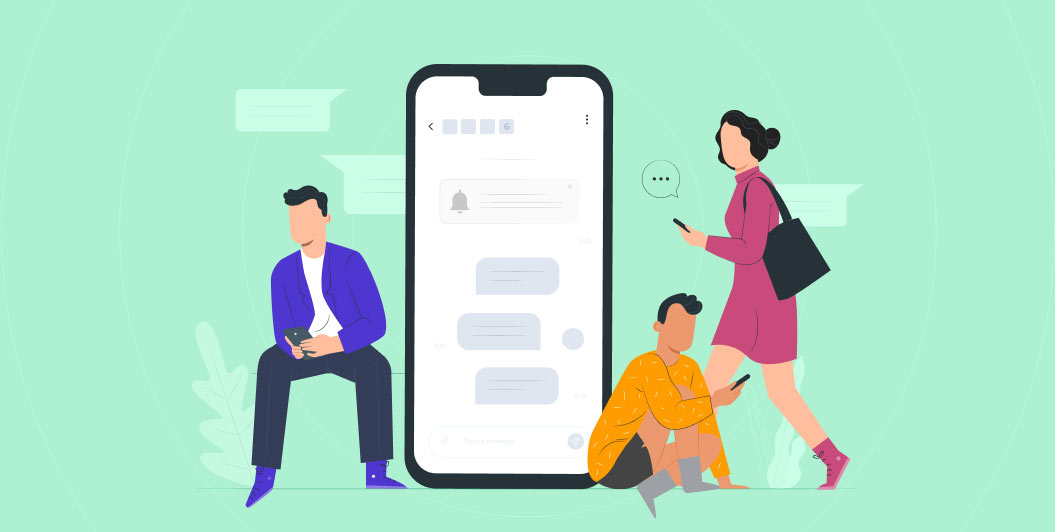 Uniqueness is good in an app, but simply being different isn’t enough to succeed. Ideally, your app should have an existing base of potential customers who welcome your design with open arms. It goes without saying that you want your app to be useful, even if you’re developing a game for recreation. But who is it potentially useful for?

As a rule, app developers have to strike a balance between general audiences and niche appeal. If your app has a broad appeal, you’ll have a larger customer base but your focus will become less specific. For example, a map program is broadly useful for everybody who travels, which creates a huge potential customer base, but you’re facing stiff competition for downloads from existing apps in that field. An engineering app that helps mining professionals plan a blast, on the other hand, is so specialized that you might have the field entirely to yourself, at the cost of limiting your app’s appeal to only a few hundred customers.

Striking a balance between niche and mass appeal can be one of the most important early decisions you make when developing an app.

3. How Will People Use Your App? 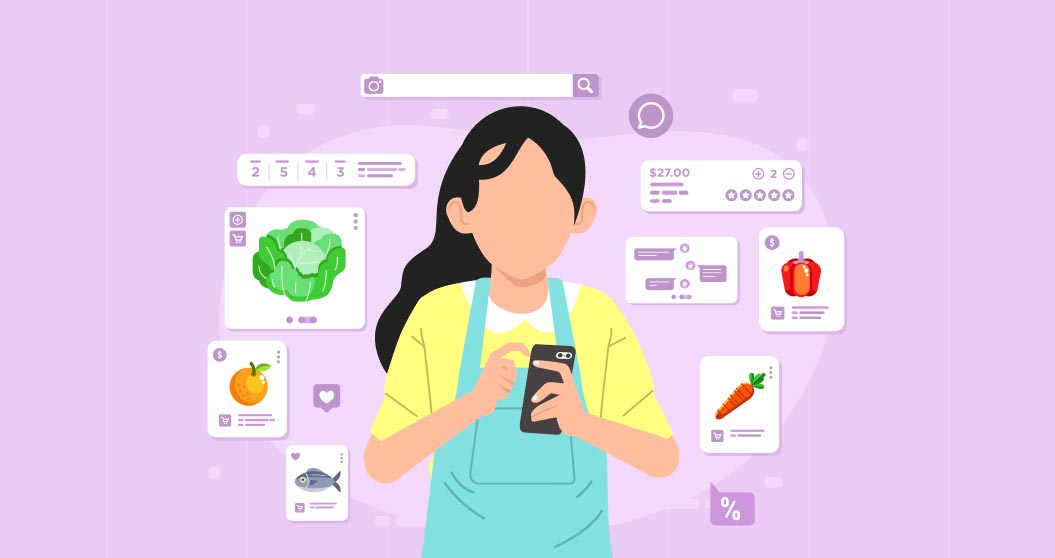 People can use your app in different ways, depending on what it offers and what its capabilities are. Gaming and health apps tend to be popular among personal app users, while networking and niche-oriented professional apps tend to get used for work. Most finance and mapping apps appeal to mixed private and professional audiences.

It’s also helpful to know how your app is likely to be used in a physical sense. Most apps are optimized for mobile use, usually with slightly different versions for phone and tablet operation, but many desktop computers also support apps with Windows 10 and similar operating systems. Users’ laptops may be able to run your app, and they alternate between office and mobile use.

The platform you optimize for can determine a lot about how your app functions. Mobile apps intended for smartphone use, such as in-car navigation and apps that interface with a phone’s camera, can usually get away with small-screen graphics and lower memory demands. Tablets display graphics on larger screens, which encourages you to develop high-resolution images and use the larger surface for more forgiving touchscreen features.

You’re probably developing your mobile app for the latest generation of tablets and smartphones, but you shouldn’t let this limit the app’s capabilities. Some large fraction of your intended user base is likely to have somewhat out-of-date devices, which may have trouble supporting the latest updated OS for their platform. While you might not bother writing an app that works on an iPhone 3, for instance, some backward compatibility should probably be built into the code at the initial development stage.

Every app, even games and photo editors, has a workflow. Data from all sources must flow around the app’s interface somehow, and it’s the job of a developer to plan those routes. Knowing what workflows you need to build into your mobile app is crucial to planning an efficient design. Sloppy or inefficient workflow can slow down your app’s intrinsic speed and cause conflicts with other apps the user might also have.

The look and feel of an app is partly up to the graphic designers, but you —as the developer— have a lot of influence here too. The user-facing front end of an app is influenced by its backend and dev code. This is also true in reverse; a GUI that burdens users with too many options or that doesn’t present controls in an intuitive layout, is not likely to get used to its full potential. Work with your design team from the beginning to keep the front and back systems of your mobile app in sync. 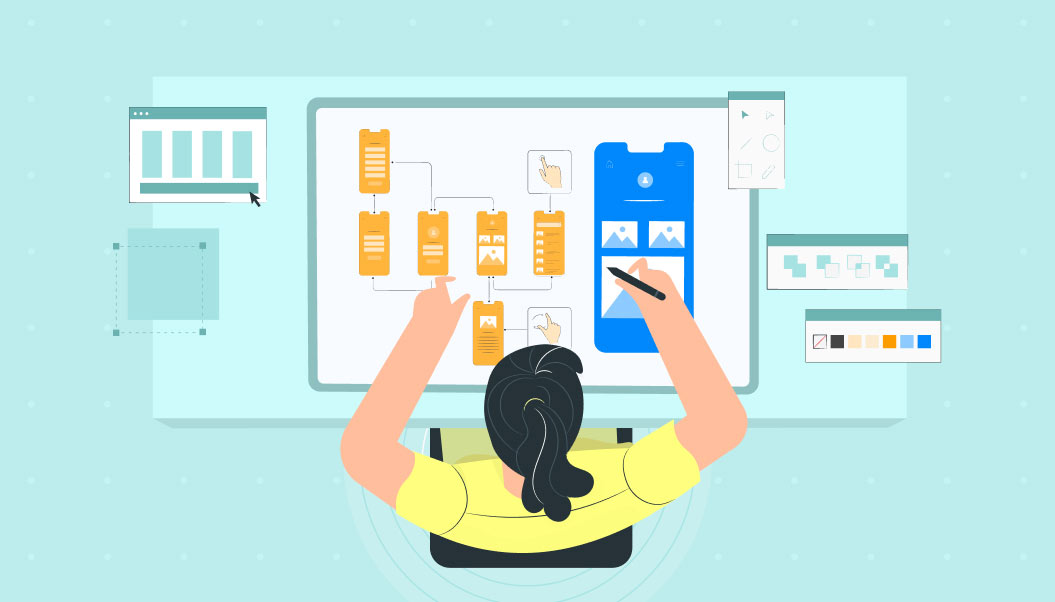 It’s possible to design an app in your mind without giving too much thought to how the finished product will look, but the graphic elements of the design should at least take a rough shape before you start writing code. While it may feel trivial to spend time on the color scheme and button placement so early in the development process, details like these can help you think up new features your app should have. The readability and image display of the app can also point out limitations early enough for you to address without a major overhaul.

5. Can the App Interface With Other Apps/Sites/Programs? 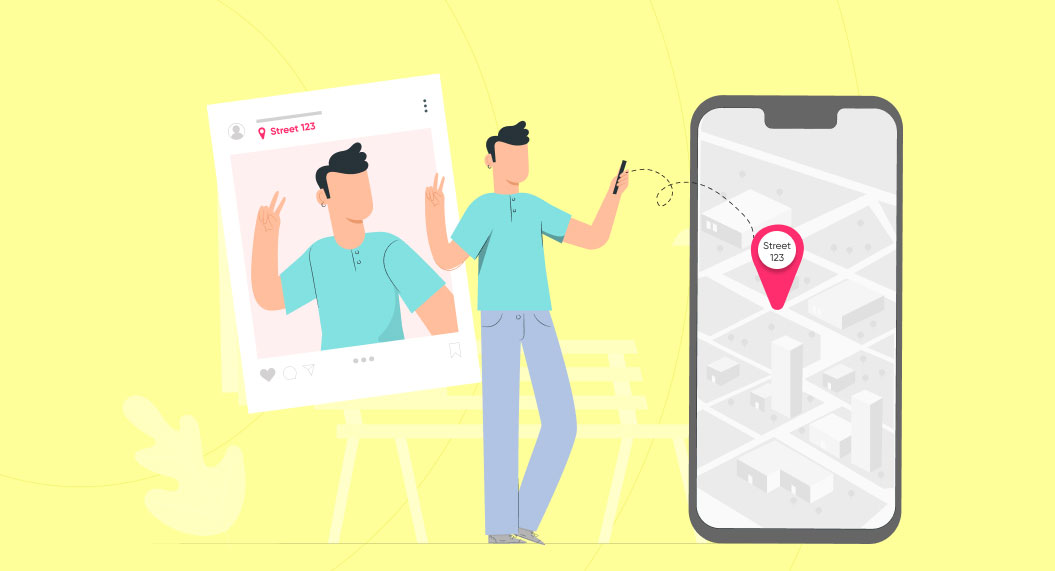 Apps that stand on their own can be useful, but the real power of a mobile app is in how it interacts with other programs in its network. A photo app that pulls GPS data from a phone’s map program, for example, and then uploads the picture and location tag to multiple social media sites, can be tremendously useful for some customers. A professional app that uses contact lists or financial/HR/timekeeping apps is exponentially more powerful than a standalone program.

Before you finalize the development of your mobile app, think about how other apps can expand its functionality. Think about coding the app to seamlessly integrate with other programs, and how to manage security and other considerations in shared app ecosystems. 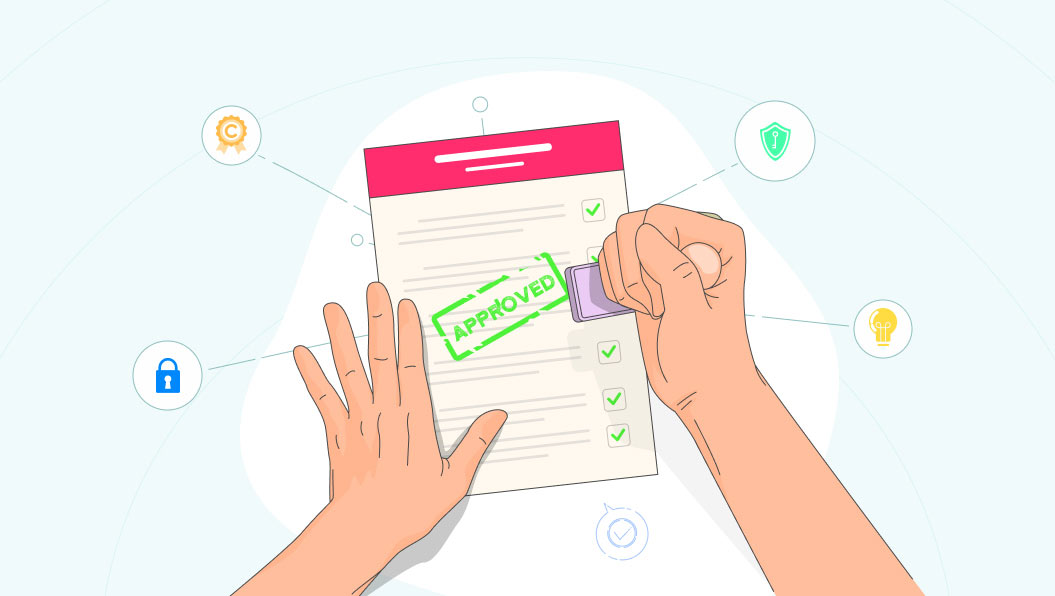 Does your app use protected intellectual property? This can be a copyright-protected image file, a piece of music, proprietary code from another app, or anything else somebody has a claim to ownership of. Launching an app into the market only to learn a key part of it is subject to patents or copyright can derail your product before it gets off the ground.

7. How Can You Finance the Development/Testing Period? 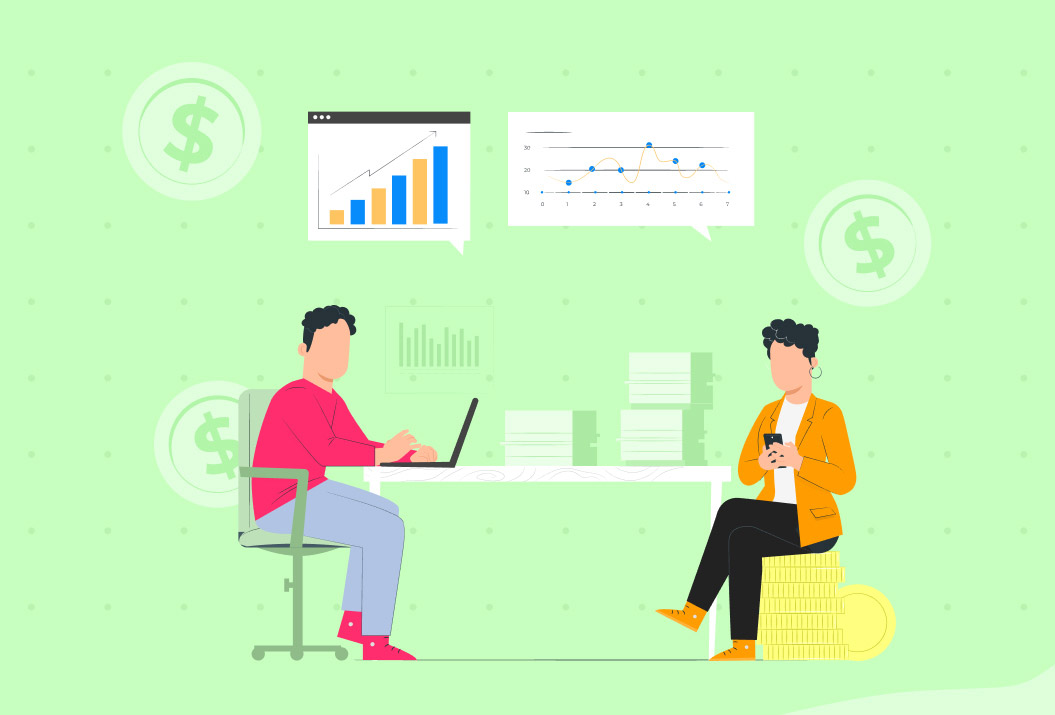 Mobile apps take time and resources to develop. Even if you are working on your own — which is unlikely if you’re developing a modern professional app — you still have to get by during the months- or years-long development process. You might also have to pay fees and costs or outside professionals, such as designers or market researchers, before you’re ready to launch a product. Start planning for the financing part of development as early as possible, whether you need investors or a bank loan to get it done.

8. What is the Profit Model? 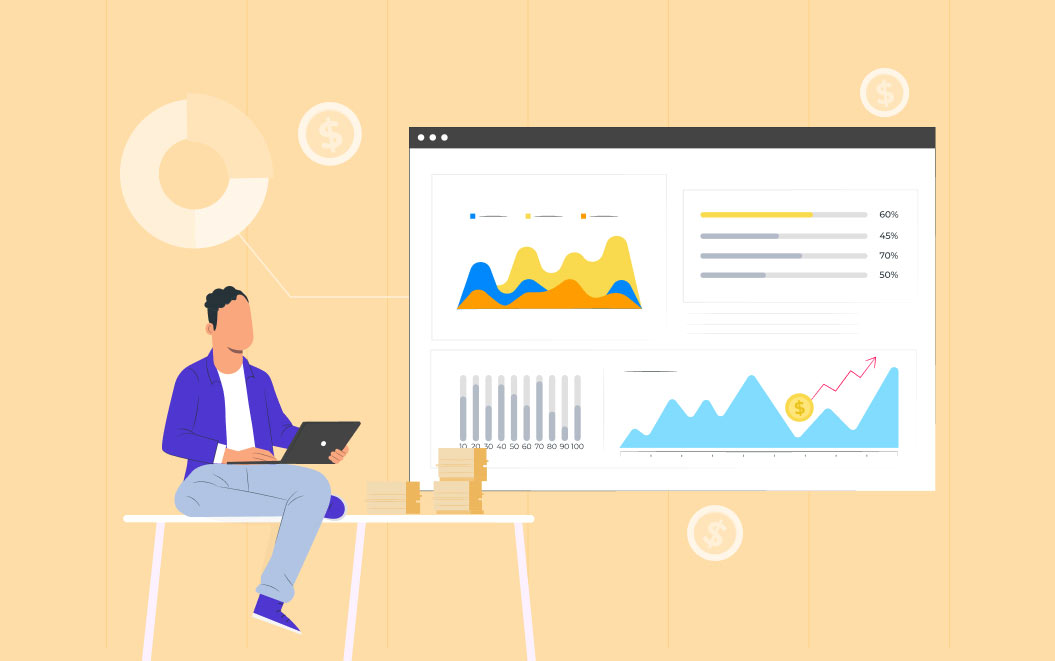 Some apps cost money to download, which is a relatively straightforward profit model. Others offer downloadable content for a premium, or premium versions with full functionality. l Meanwhile, others are supported by ads. Give thought to how you want to profit from your app, and plan accordingly.

9. Where is Your App Available?

Customers have to find your app before they can download it. They also have to trust the source before they load your software onto their devices. If you’re selling through Apple’s App Store, these issues are largely solved for you. Apple verifies the code of every app they offer and will often promote new mobile apps. Google Play is less hands-on, but the available apps are generally trustworthy. You might get fewer downloads if you offer your app for direct download from your website, but this cuts out the middleman and might save you considerable expense on commissions and fees.

There’s a lot to think about before you develop a successful app. Net Solutions is a full-service design agency that can help you through the process and teach you what you need to know before developing your mobile app. Contact our team to find out how we can help developers like you.

Talk to our experts to turn your ideas into powerful apps. 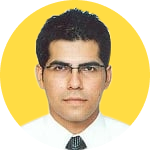