What is a Framework in Programming & Why You Should Use One

What is a Framework

The dictionary definition of framework as a “basic structure underlying a system” is not far off from understanding what is a framework in programming. Whether the system is a house, a car, a theory, or a mobile app, the concept of the framework is the same: it provides the support and basic ‘guide’ of the structure being built.

A framework in programming is a tool that provides ready-made components or solutions that are customized in order to speed up development. A framework may include a library, but is defined by the principle of inversion of control (IoC). With traditional programming, the custom code calls into the library to access reusable code. With IoC, the framework calls on custom pieces of code when necessary. 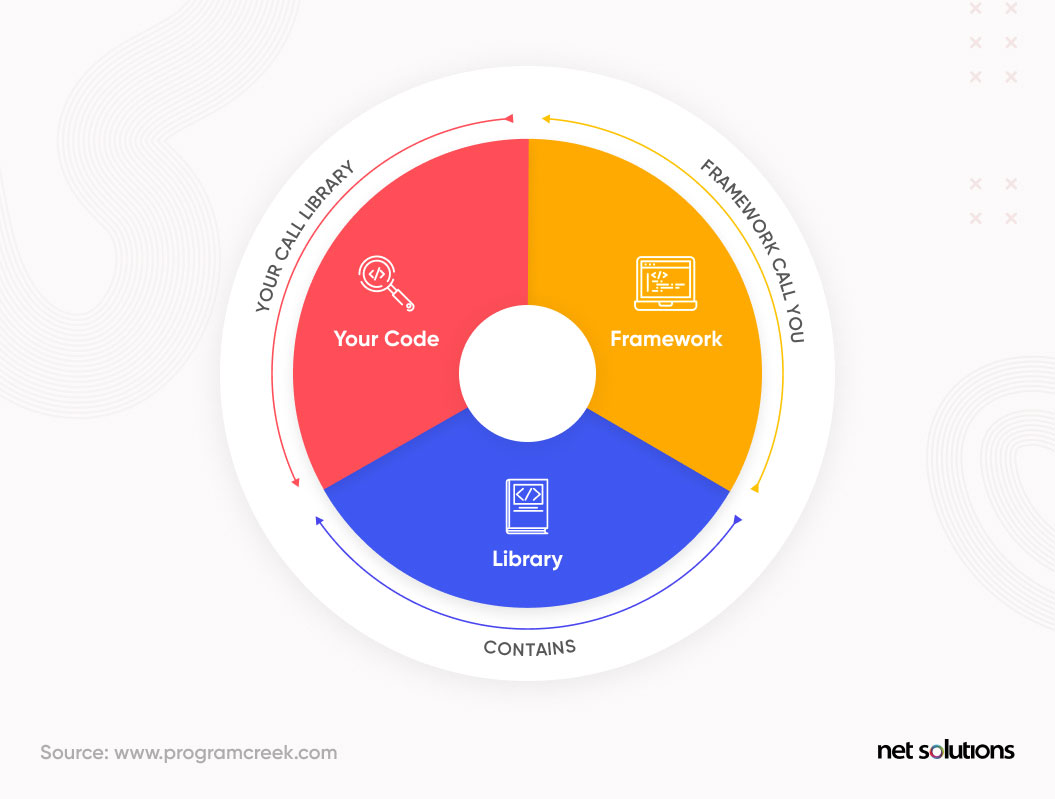 A framework can include support programs, compilers, code libraries, toolsets, and APIs to develop software and create systems. Open-source frameworks are always being updated and improved. 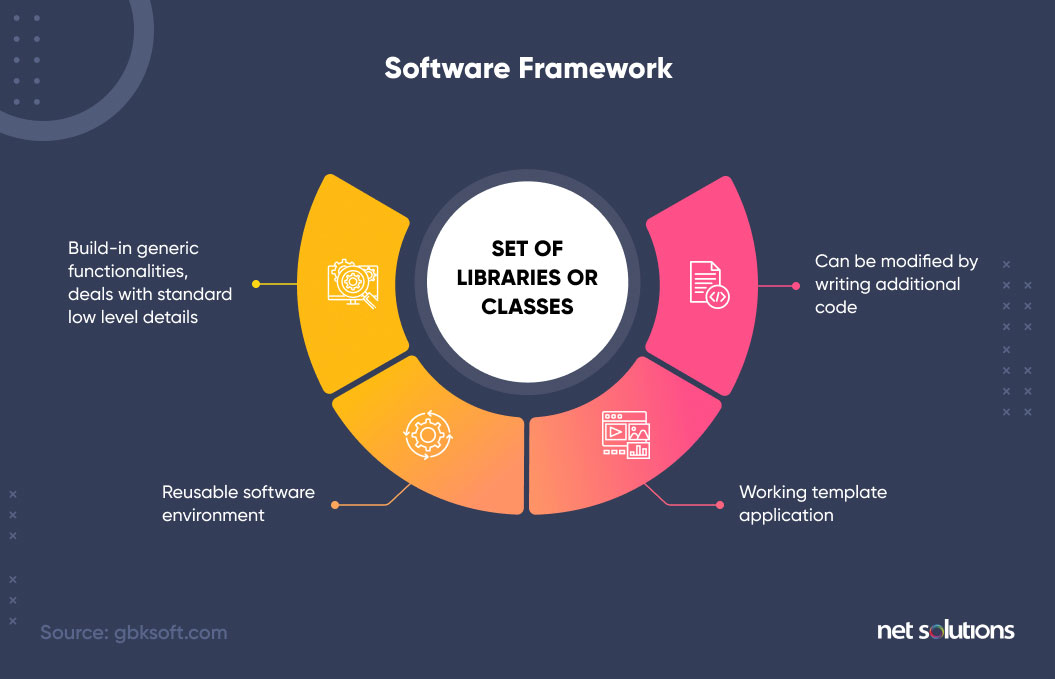 Why Frameworks are Used in Software Development?

The purpose of a framework is to assist in development, providing standard, low-level functionality so that developers can focus efforts on the elements that make the project unique.

The use of high-quality, pre-vetted functionality increases software reliability, speeds up programming time, and simplifies testing. With an active base of users and ongoing code improvements, frameworks help improve security and offer a base of support.

Ultimately, frameworks are used to save time and money.

What are the Features of a Good Framework

There are many kinds of frameworks, with some more popular than others. Developers often choose frameworks they are most familiar with, but that framework may not be the right for the job. Instead, consider the following features of good frameworks when deciding on the right framework for the project at hand:

Challenges of Using a Software Framework

Software frameworks can become a costly crutch if developers are not strong in the language the framework is based upon or if the developer over-relies on the framework instead of custom code, a problem which can lead to software bloat and performance issues.

There are risks in choosing a framework that is too new or not well supported, which could require costly re-tooling if the framework becomes obsolete. Similarly, if the framework has limitations that are not well understood up front, this could impact the project. 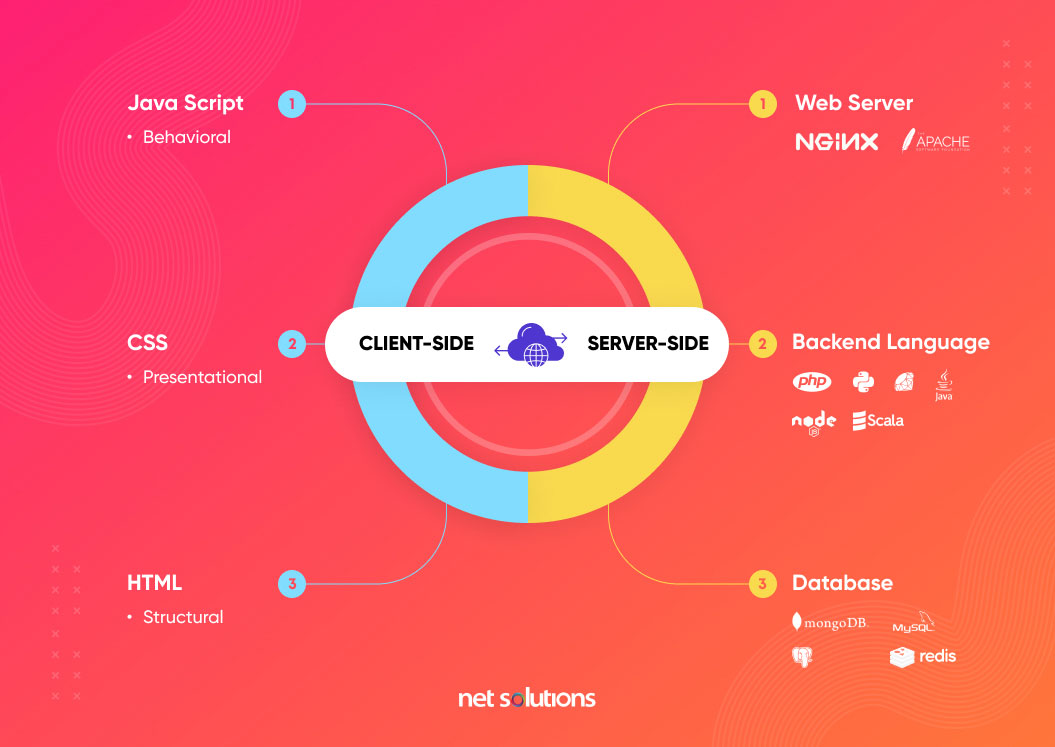 Front-end frameworks (client-side frameworks) provide basic templates and components of HTML, CSS, and JavaScript for building the front-end of a website or web app.

What is Angular? Angular is an open-source web application framework based on TypeScript and maintained by the Angular Team at Google. Angular features a large ecosystem of tools and solutions contributed by a wide user base. Angular is ideally suited for highly customized web apps and progressive web apps (PWAs).

AngularJS refers to all 1.X versions of the framework that previously were JavaScript-based, with Angular being a complete rewrite using TypeScript for all versions 2 and up. There are over 1.4 million live websites using Angular.

What is React JS? React JS (React) is an open-source framework for JavaScript for building user interfaces (UI) and their components. While its narrow focus may be a limiting factor, React is easy to use, has a rich package ecosystem, and is ideally suited for feature-rich apps. React is maintained by Facebook and the wider community and is currently the most popular front-end framework download in the past year.

What is Vue JS? Vue JS (Vue.js) is another JavaScript-based framework, but with greater flexibility around the use of HTML and CSS and the model-view-viewmodel (MVVM) architecture. Vue is easy to learn and has a very large community of support.

Vue is currently the second most popular download behind React, but ahead of Angular.

Back-end frameworks (server-side frameworks) provide generic functionalities that can be assembled or built upon to assist in development. The choice in framework will be dictated by the programming language chosen for development as well as the target platform(s).

What is Ruby on Rails? Ruby on Rails is an open-source framework written with the Ruby language. Ruby runs on Linux and is based upon the model-view-controller (MVC) architecture. Ruby on Rails is secure and scalable and benefits from large third party libraries to speed up development.

Nearly 17% of the top 10k websites leverage Ruby on Rails.

What are PHP Frameworks? PHP runs on diverse platforms and is widely compatible, making it popular as a language for back-end development. The most popular PHP frameworks are Laravel, CodeIgniter and CakePHP.

Laravel features expressive and elegant syntax, helping make coding faster, and leveraging a powerful Blade template engine. CodeIgniter offers a light framework that has one of the smallest footprints, saving time with less coding needed. CakePHP is considered the “workhouse” of the three, leveraging a scaffolding system and deferring to convention over configuration, which saves time in development.

What is Django? Django is an open-source framework for Python that encourages rapid, scalable development and clean design. Django’s aim is to provide almost everything you need, making it fast to piece together what you need from existing extras. Django is popular for visual effects, games, and interactive services.

What is ASP.NET? ASP.NET is a cross-platform open-source framework developed by Microsoft, with ASP.NET Core a re-implementation as a modular web framework. ASP.net supports web apps and services with .NET, C#, F#, and Visual Basic programming languages.

What is React Native? React Native is an open-source JavaScript UI framework created by Facebook and used to develop applications for Android, iOS, macOS, tvOS, web, Windows, and UWP. React Native uses the React library for UIs, targeting mobile platforms instead of the browser.

What is Flutter? Flutter is Google’s open-source mobile UI framework for creating cross-platform applications and, most recently with Flutter 2, web and desktop (native) apps. Flutter is based upon Dart and is considered a modern framework, being simple to use and leveraging hot reload to see results in real-time.

What is Xamarin? Xamarin is an open-source framework using C# and .NET for creating apps, owned by Microsoft. Xamarin is a cross-platform framework that allows you to reuse a shared codebase. With Xamarin, UI components convert into platform-specific elements at runtime, allowing a more native experience for iOS, Android, and Windows.

A Content Management System (CMS) is software that enables users to build, organize, deliver, and modify different content including blog posts, eBooks, mobile apps, or other online solutions. A content management framework (CMF), sometimes referred to as a CMS platform, is a tool that supplies reusable components for managing web content, sharing aspects of a web app framework and a CMS.

Decisions around CMS frameworks extend beyond simply pricing, language, or ease of use to important considerations around SEO, personalization, and security.

What is WordPress? WordPress is the leading free open-source CMS platform, used by over 42% of all websites.

WordPress is very user-friendly, making it ideal for the non-technical user developing a small blog or for larger brands supporting everything from microsites to large eCommerce stores. Many plug-ins, themes, and extensions create a backbone for a personalized, flexible site that has the potential to be sure – as long as you choose vetted, regularly updated plugins.

What is Drupal? Drupal is a free open-sourced modular CMS written in PHP that is supported by a large community. Drupal does, however, require more technical knowledge than some other frameworks.

Drupal is known for its flexible taxonomy, making it ideally suited for projects that have a lot of content and/or many community features and large webmaster teams.

What is Joomla? Joomla is a free open-sourced CMS that, like Drupal and WordPress, is easy to customize with templates and extensions. Joomla is easier to use than Drupal for the non-technical, but a bit harder than WordPress. Joomla is the third most popular CMS platform, SEO-optimized out of the box and has a great security track record.

What is Kentico? Kentico is a commercial framework / platform built in ASP.NET and Microsoft SQL Server, offering the benefit of a faster implementation with more ready-made options. Kentico leverages simple page building and editing tools.

Data science is a broad field related to the application of statistics, scientific methods, algorithms or systems to extract knowledge from data. Today, data science is a booming area of interest, driven in part by the opportunities of artificial intelligence and machine learning.

While the vast majority of data science involves the use of Python, there is a growing use of data science frameworks including TensorFlow, PyTorch, Apache Spark, and NumPy. This guide will outline one such framework:

There may be some lingering misconceptions or confusions about programming frameworks, including:

It is a common mistake to confuse a framework and a programming language, given that both are used to develop software. The best way to distinguish the two is by purpose: while a language can help you build many things, a programming framework is purpose-built for one purpose only – whether a web app, mobile app, CMS, or data science (as above). 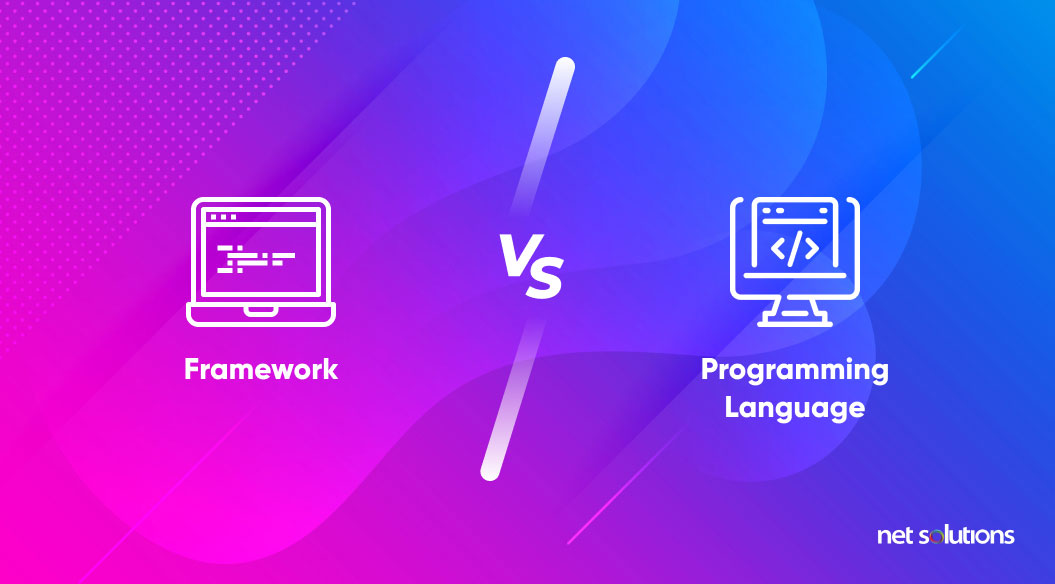 It is very common to confuse the term framework and library, as both are tools used within programming. In fact, as described above in the section “What is a Framework?,” a library is just one tool available within a framework.

A framework is your structure or environment to build your software: it contains access to various tools, including libraries, to assist in your build.

A library is a set of low-level components that can be invoked (called) for a specific outcome. You can access a library directly, called from the code, or a framework can supply access to libraries and call out to the code (inversion of control). 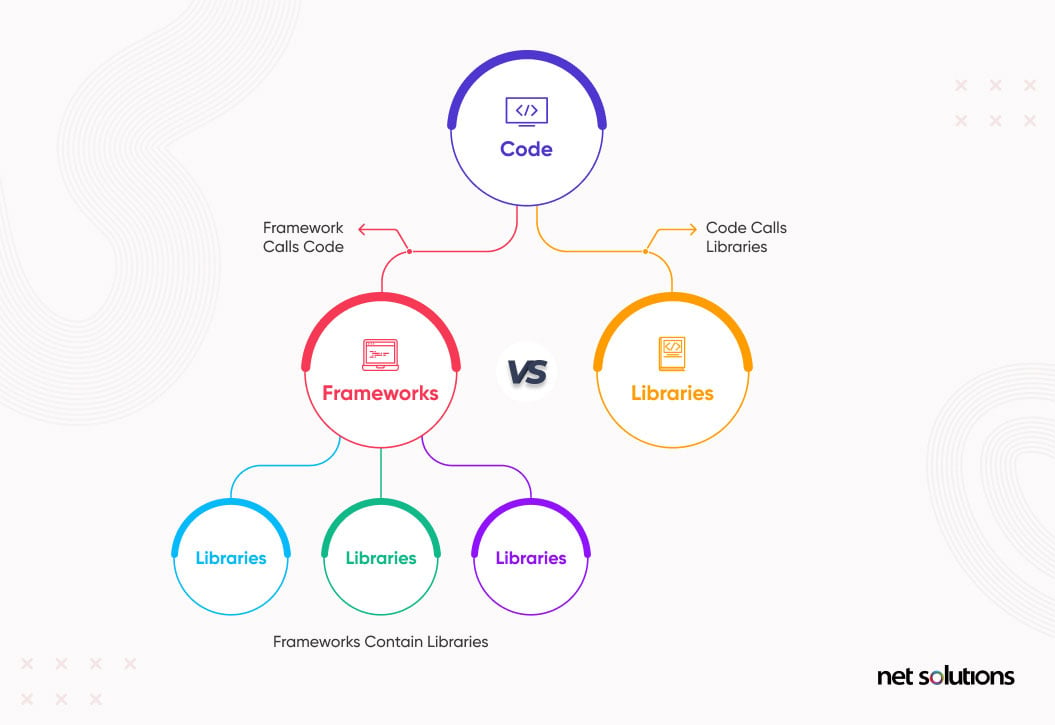 Programming frameworks are an important tool in developing software for today’s marketplace in a way that is rapid, scalable, reliable, and secure. Whether the product is a website or mobile app, frameworks provide a starting point to solve common problems, integrate programming best practices, and stay on top of the latest technology options out there.

The right frameworks can help speed up your time to market and propel your growth strategy. But how do you know which programming frameworks are right for you? Or how to combine frameworks across all your needs? At Net Solutions, we work closely with you to set priorities and ensure the frameworks, wireframes, architecture, and prototypes produce the maximum impact for your brand or business.

Hang On! Didn’t The Fiverr Guy Say That Custom Code With No Framework Proves Mettle?

Sure, ask ’em what they make of 12-factor apps? Need some help to decide? 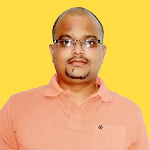