In today’s highly digitized ecosystem, the evolution of technology is taking place at a fast pace. And it is pushing software organizations to compete and work in a fast-paced environment.

A piece of research by IDC reveals that the global information technology industry is headed at full pace to reach $5 trillion in 2019, which is also employing millions of people who build, design, grow and sell computer software and services. Software development methodologies are one of the vital factors that form the backbone of the software industry, which efficiently binds employees, processes, technology, and tools.

In this article, we will discuss the 3 most popular software development methodologies that will help you make a grounded decision on what methodology fits your business and functional requirements.

Though less common these days, when your end product’s requirements are fixed yet time and money are variable, choose the waterfall method.
–Patrick Rockwell

Introduced by Dr. Winston W. Royce in a paper published in 1970, the Waterfall Methodology is a sequential, linear software development process of project management.

The Waterfall Approach focuses on the logical progression of all the steps that are involved in the software development life cycle (SDLC). The structure of phases it follows is simple—each phase cascades down to the next level of development. In short, it is not one big Niagara Falls, rather it is a series of cascading waterfalls in which the pools (phases of development) do not overlap.

Stages Involved in the Waterfall Methodology

A Waterfall Model passes through several individual phases, which amalgamate to result in the desired product. The stages are explained briefly with an example to better understand the core of the Waterfall model.

Assume that a renowned bank is planning to develop a new banking application in the 90s. So the ideal approach to come up with an application is:

Pros and Cons of the Waterfall Methodology

A majority of the organizations, these days, use an assortment of software development methodologies. However, a report shows that 25.5% of manufacturing companies currently use waterfall.

If you adopt only one #agile practice, let it be retrospectives. Everything else will follow.
–Woody Zuill

The main aim of this approach is to “Learn quickly and often enough that you don’t simply plough on and exacerbate any issues. PROGRESS ITERATIVELY with a retrospective after each cycle and you will improve.”

An Agile Development Process is an innovative approach used for articulating a well-organized project management procedure with an objective to minimize the perils by building software in short boxes, called iterations, which exist from one week to one month.

The Agile Methodology Process also goes through its own life cycle. There are 6 phases in this approach, which are explained, followed by an example of a mobile app development project, named Coach.

Coach and its Successful Agile Journey with Net Solutions

We followed the Agile Development Process for this project with Team Foundation Server (TFS) that managed our sprint planning, tracking, and team velocity. Using a system like Coach5 that has three sites under its umbrella, we devised a custom automated deployment process consisting of all our environments: development, staging, QC-testing, and operations. For example, pulling the latest from the repository as per the applied code-label and building the solutions thereafter. The deployment component was built as a group of batch files from batch programming.

Pros and Cons of the Agile Methodology

DevOps is not a goal, but a never-ending process of continual improvement.
–Jez Humble

DevOps is the offspring of the Agile Software Development process, which came into existence to match the increased software velocity. Advancements in the agile culture over the past few years have paved the way for the need for a more holistic approach to the end-to-end software delivery lifecycle. This holistic approach, DevOps, acted as an ideal bridge between the “development” and “operational” phases of a company.

The problem with the previous paradigms is that when the teams used to work separately:

Each group working in this ecosystem has opposing goals that can open the doors of inefficiency and finger-pointing when something goes wrong. To address such challenges DevOps took birth with an aim to establish collaborative cross-functional teams.

Stages Involved in the DevOps Methodology

The Future of Software Development Methodologies

Therefore, software developers/project owners must have a thorough understanding of all these methodologies because none of these are foolproof and each has its own pros and cons. 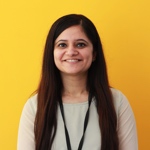 Arshpreet is currently working with Net Solutions as a Lead Business Analyst. She plays an indispensable role in providing top-notch analytical and resource management advice to companies of all sizes. Her well-rounded knowledge in engineering concepts and a certification as a Scrum Product Owner helps her to handle multiple projects effectively, defining the product vision, acting as primary liaison with stakeholders and delivering value to customers.