With .NET as the umbrella term, Microsoft supports two frameworks, including — .NET Core and .NET Framework. While the .NET Framework is the traditional and aging version, .NET Core has stepped in to address its limitations, thus aligning with technological advancements. But that does not mean that .NET Framework is losing its fan base.

According to the StackOverflow 2021 developer survey, .NET and .NET Core remain the most commonly used software development frameworks, making them a safe bet for your business application endeavor. The struggle to choose between the two frameworks remains a contentious hot topic among developers.

In the .NET framework vs. .NET Core evaluation, the question becomes: Which is suitable for your project? Read on to find out more. Introduction to the .Net Ecosystem

Microsoft’s .NET is a free, open-source developer’s platform for building server-side applications. With .NET, you can use multiple languages (C#, F#, or Visual Basic), libraries, and editors to build web, mobile, gaming, IoT, and desktop applications.

For building server-side applications, the .NET development framework has two supported platforms: .NET Framework, which has existed for a few years now, and .NET Core.

What is .NET Framework?

The .NET framework was the first software framework introduced by Microsoft, and it was built only for Windows. .NET Framework helps develop and run software applications. .NET Framework performance is ideal. Source code is readily available but does not support active contributions from the developer’s community.

.NET 4.8 was Microsoft’s last version of the framework as a proprietary offering. Since then, only bug fixes and reliability updates have been released with no further plans to add new versions. 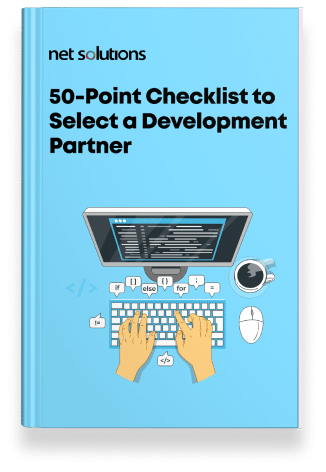 What is .NET Core?

.NET Core is a newer version of the .NET domain that addresses the limitation of the .NET Framework. .NET Core is a cross-platform framework that can be run for Windows, macOS, and Linux. Moreover, it is open-source and accepts contributions from the developer’s community.

The good thing about the two frameworks is their ability to share codes and many components when requested. Yet, the .NET Core and the .NET Framework differences must be analyzed before choosing a .NET development company for your next project.

The more broad .NET ecosystem has three components: .NET Core, .NET Framework, and Xamarin. Xamarin is not part of the debate here but can be explored more fully here. Choose Xamarin when you intend to build a mobile app (iOS, Android, or Windows Mobile app). What is .NET Standard?

The figure above demonstrates that there are base libraries in building an application of .NET Core, .NET Framework, or Xamarin. However, it is possible to have a shared library used by all three .NET implementations, which is where the .NET Standard comes in: .NET is a specification of the APIs common across all .NET implementations, each allowing .NET code to be implemented in a different place——mobile (iOS or Android), desktop (Linux, macOS, Windows), web, IoT, or anywhere .NET code is being used. The .NET Standard is versioned: higher levels have more APIs but can only be used on newer versions of .NET; lower levels have fewer APIs but can be used in more places.

To determine which is better, .NET Core or .NET Framework, here are some parameters that draw the line between the two Microsoft frameworks:

The best thing that makes .NET Core the number one in its league is its compatibility with various operating systems — Windows, Linux, and macOS. The .NET’s structure was fully re-architected to give birth to .NET Core to help businesses develop applications on all platforms.

Regarding .NET web development services for enterprises, deploying .NET Core that supports primarily used platforms besides Windows can be suitable. The .NET Core performance is quite impressive, and an added perk is its open-source attribute that makes it the most popular framework in the application development space.

A note for organizations and developers — Microsoft has parceled out the source code for WPF, Windows Forms, and WinUI.

.NET is open source, you can join the 60,000 developers and 3,700 companies already contributing to the .NET platform
– Microsoft

When a performance-oriented and scalable system is the topmost priority, who wins the .NET Core Vs. .NET Framework performance battle?

The most recent version of .NET Core demonstrates high scalability and performance. It is recommended by Microsoft with ASP.NET Core as the optimal choice for high-performance system needs, mainly where microservices may be involved. In several independent tests, .NET Core vs. .NET Framework performance has been tested, with one test demonstrating 7 to 13 times faster.

The .NET Core has a recompilation feature to optimize compiled code without changes, making it easier for developers to test and deploy code. The most recent versions of .NET Core (6 and upcoming 7) have a massive focus on improving performance.

One of the essential features available in .NET Core is its flexible deployment model. It means whenever the latest version of .NET Core gets launched; it can be instantly updated on one machine at a time, thereby getting uploaded to new directories without affecting the existing applications. Moreover, .NET Core can also be deployed for apps requiring more isolation using the new app bundling tools.

Regarding the .NET Framework, the web application must be deployed only on the Internet Information Server. However, .NET Core’s advantage over .NET Framework lies in the fact that it can be hosted in more than one way, making it more flexible.

IMG and its Successful Journey with Net Solutions

Net Solutions helped IMG, a global leader in sports, events, media, and fashion, develop a web application that would automate the merchandise approval and licensing processes with vendors. IMG wanted a B2B web app compatible with all the operating systems and devices.

We relied on .NET Core for developing a web application with SQL Server for the backend, and we worked on developing the front-end using JavaScript, JQuery, HTML, and CSS.

The result – IMG was able to roll out an internal application that helped its staff become more efficient with their vendors. This feature, in turn, brought transparency throughout licensing and approvals. Read more here.

In today’s highly progressive digitized tech-friendly world, no matter what an application’s business domain is, it becomes essential to build an app that can reach different markets and end-users wrapped in the latest technology. And .NET Core aims to achieve this target – to develop apps in many domains, such as gaming, mobile, IoT, and AI – with continuous updates to .NET Core to respond to emerging opportunities.

In contrast, the .NET Framework is limited only to Windows OS.

Another factor to consider in the question of .Net Framework vs. .NET Core is whether these are open-source or not.

.NET Core is open-source, while .NET Framework is proprietary and released under the Microsoft Reference Source License, though it includes some open-source components.

6. Support for Microservices and REST Services

In contrast, the .NET Framework gets support from WCF and also supports REST Services but does not support the creation or deployment of microservices and is less effective regarding performance and scalability.

.NET Framework leverages the Windows security model and leverages Code Access Security, kept up to date by Microsoft with the latest security patches.

.NET Core may lack Code Access Security, but it uses a more flexible and modern security model, resulting in a more secure option.

The .NET Framework must be installed as a single package for Windows. In contrast, .NET Core is packaged and shipped independently of the underlying operating system via the NuGet package manager.

.NET Core provides a lightweight cross-platform Common Language Infrastructure (CLI), with an option to switch to an integrated development environment (IDE) such as Visual Studio. As a Windows-only framework, the .NET Framework does not support mobile development, making this framework very inflexible for the needs of today’s applications.

However, .NET Core does have some support for mobile apps, particularly given the shared connection/compatibility with Xamarin and other open-source platforms for developing mobile applications.

In contrast, .NET Core does not support desktop application development, focusing instead on the web, windows mobile, and windows store with ASP.NET and Windows universal apps.

.NET Framework includes the developer tools, languages, and libraries needed to develop Windows applications. .NET Core is a complete rewrite intended to make it a more flexible, cross-platform, modular approach to application development. However, they do share:

.Net Core Vs. .Net Framework – Which one to choose?

The following summary will help settle when each framework is best.

The .NET Framework is a better choice if you:

.NET Core is a better choice if you:

.NET 7 – The Next Step on the Microsoft Roadmap

The next versions of .NET are expected in November 2022 (7) and 2023 (8), with the latter expected to be a larger release. .NET 7 focuses on speed and performance with a re-architecture of how Kestrel processes HTTP/2 requests and an ahead-of-time (AOT) compilation to help build faster, lighter apps. The latest preview of the .NET release also includes more planned APIs. Choosing .NET for building applications is one crucial decision. Initially, the default .NET Framework was the only option, but with the advent of .NET Core, application development has seen an upswing. The .NET Framework vs. .NET Core discussion remains alive and well because both options are fantastic – for the right project.

Microsoft continues to update both .NET Framework and .NET Core, although the Framework only receives fixes and updates. Each has its pros and cons.

2. Why is .NET Core faster than the .NET framework?

.NET Core was rewritten with a greater focus on creating a modular, light framework, changing the features and compilation method with this focus on performance. In addition, .NET Core is capable of working with more modern languages and libraries.

3. When should you not use .NET Core?

As above, if there is an existing .NET Framework, IT skills are lacking, or the application requires webforms or WCF, do not use .NET Core.

4. When is it wise not to run .NET Framework?

As above, if the project is not Windows-only (i.e., is cross-platform), requires microservices, or relies heavily on CLI, do not use .NET Framework.

Stuck with choosing the right resources for your project?

Connect with our experts to choose the right tech-resource balance.