Skeuomorphic design means that the design of the object imitates its real-world counterpart. The UX design type tries to blur the thin line between the digital and the real world by introducing objects that users can relate to.

Like when you see shapes in the cloud, it is known as pareidolia. In a similar fashion, when shapes of digital objects look like real-world objects, it is called a skeuomorphism that can be referred to as human-centered design.

An ideal skeuomorphic design example can be a digital-analog clock. The digital clock on your phone or desktop not only has a similar design as that of a physical one, but its reflections, shadows, and raised needles — make it look exactly like a real one.

However, the skeuomorphic design is losing its popularity as simplistic design patterns such as flat design and neumorphism are gaining traction.

Here’s everything about skeuomorphic interface design and the new design methods that are gaining traction.

What Does Skeuomorphic Mean?

If a graphical user interface design follows skeuomorphism, it means that the design imitates a widely accepted real-life object. The idea is about simulating a user experience that people can feel relatable to.

When affordances are taken advantage of, the user knows what to do just by looking: no picture, label, or instruction is needed. — Don Norman, Grand Old Man of User Experience

In short, a skeuomorphic object tries to induce an intuitive behavior and sidelining the surprise factor.

There are three perceptions of a skeuomorphic design, which include:

How does the object look?

If the virtual-world object looks similar to a real-word object in terms of shape, size, texture — it has visibility-empowered skeuomorphic design elements. As the real-world perception of the object changes, the digital version’s design evolves too.

For instance, an analog clock on the phone or the desktop looks similar to the real-world clock with respect to texture, depth, dimension, height, width, and overall outlook.

What perception does the overall appearance give?

The overall structure and shape imitate the real-world object, i.e., the clock looks like a clock w.r.t. Shape and overall structuring. If you look at it, you’ll instantly know that it is a clock that shows you time.

How does the object behave?

That means that skeuomorphic design is going nowhere. The misconception behind the UX design trend losing its base grew when tech giants such as Apple and Microsoft replaced skeuomorphism with flat design. But, the reason why Apple move away from skeuomorphic design is that they wanted to improvise and innovate — something the brand is known for.

The flat design does not support depth, shadows, and texture. Here’s a visual example. 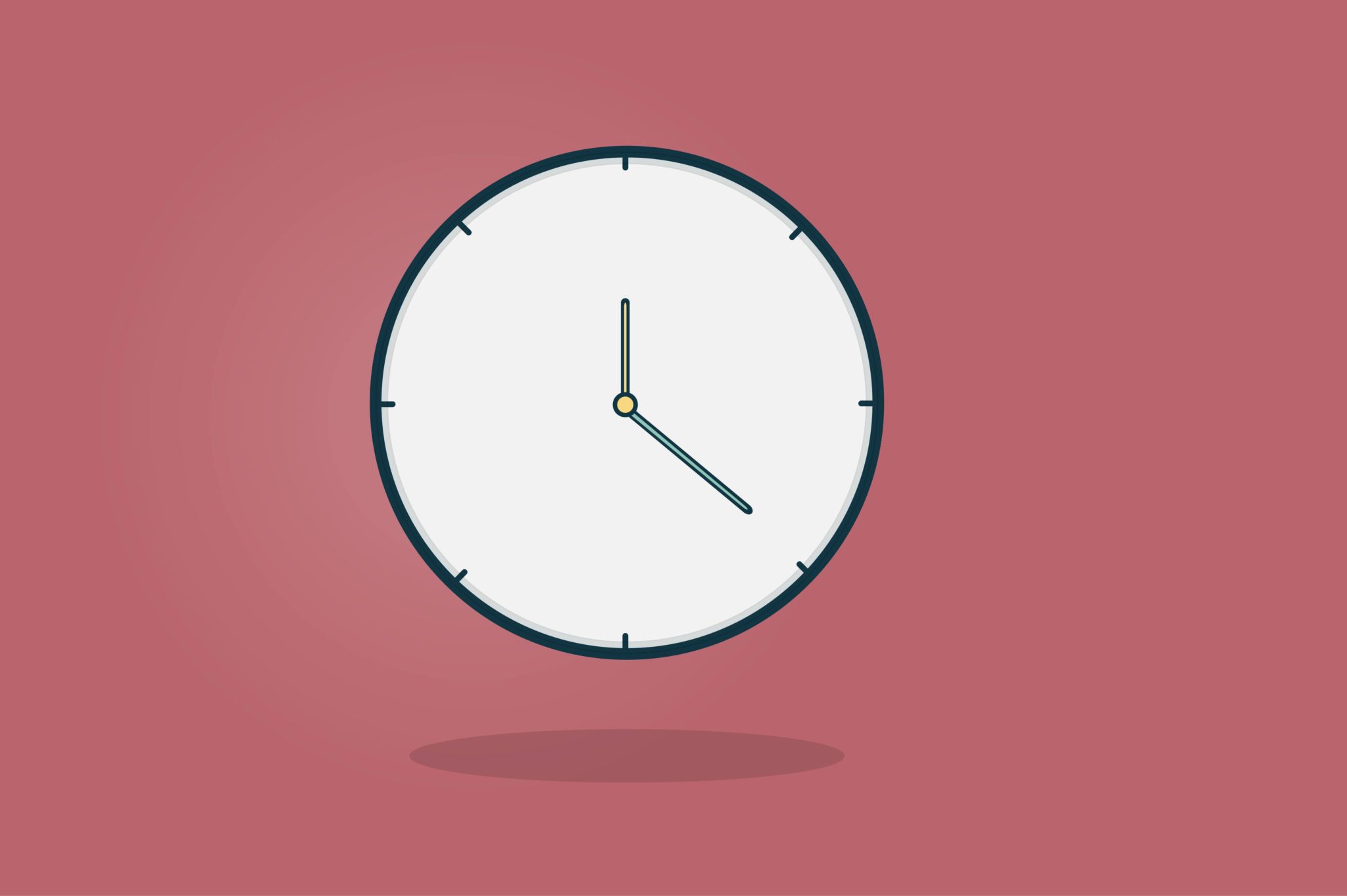 Another interaction design trend that has been making rounds in the market is — neumorphic design. This new design method is a blended form of skeuomorphic and flat design. Since its inception, the comparison between skeuomorphism vs neumorphism is going viral.

In this new design, the objects are not placed above the background but behind it. Whenever a selection is made, or an object is touched, it protrudes out of the screen. Neumorphic design uses toned-down contrast and solid colors, and the background is of the same color as that of the object or the object outline. 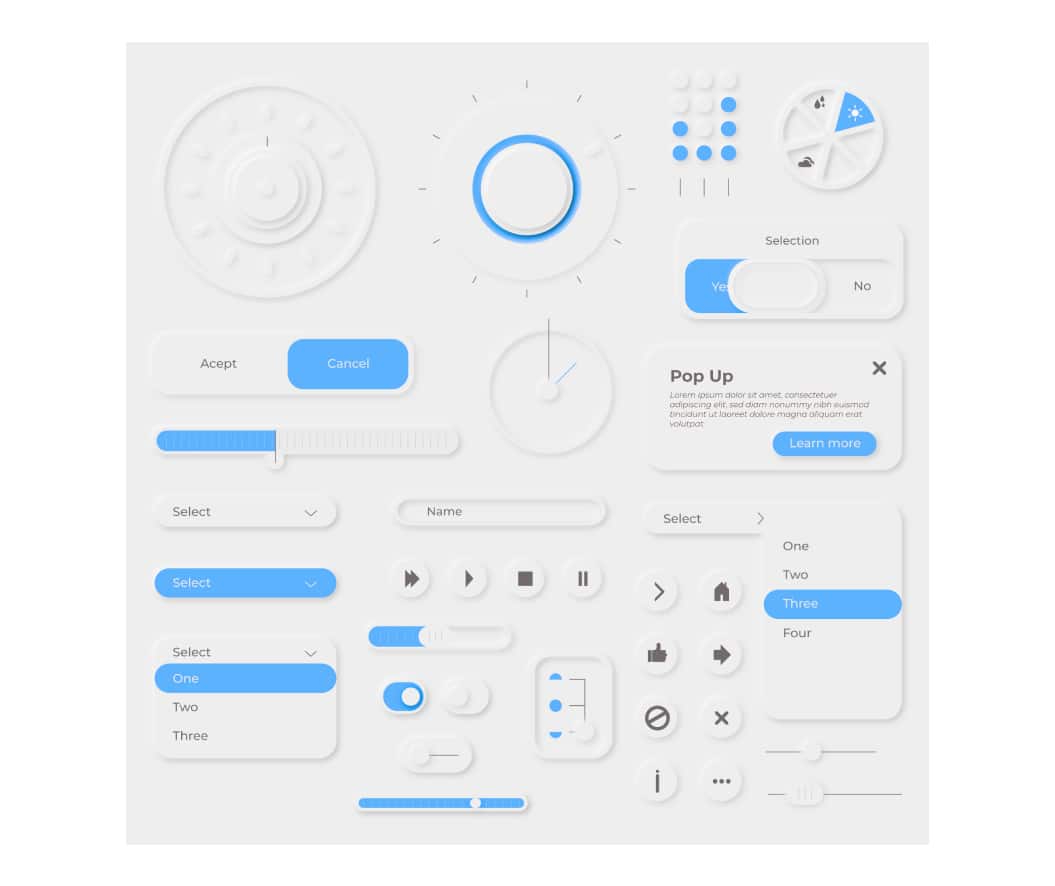 Is Skeuomorphism Design Going to Stay Around?

No matter what design type you choose, ensure that all the essential elements of user experience design are in place. Here’s a conclusive example that will help you differentiate the three more aptly. 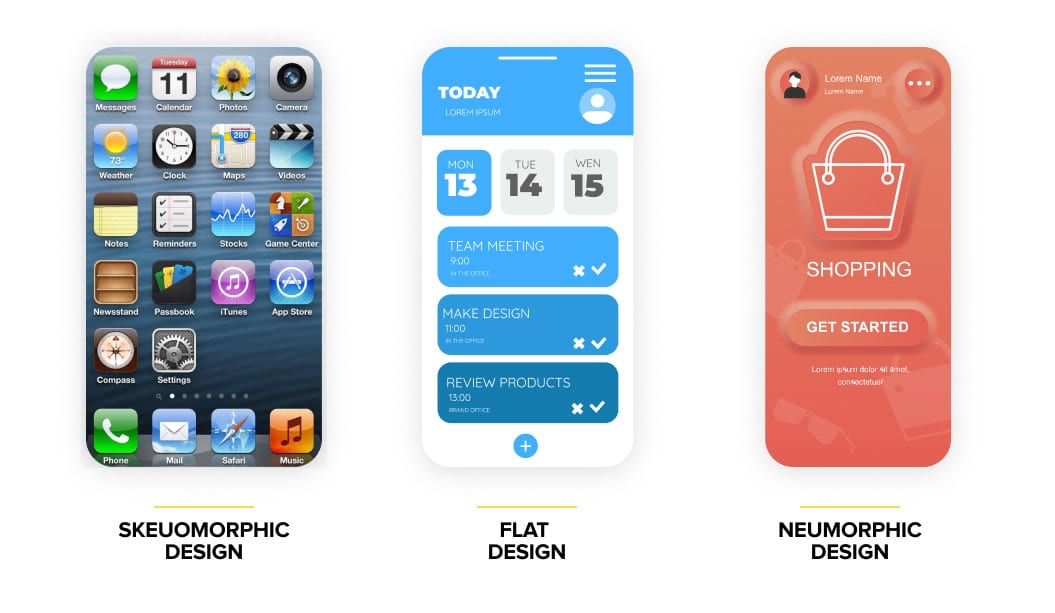 This will make the picture clearer as the three designs have a different elemental appearance, yet the overall structure and functioning mimic the real-world object, making it skeuomorphic.

The skeuomorphic design never lost its relevance; instead, it is the root of other design forms emerging with changing times. The overall structure and the behavior of the objects continue to mimic their real-world counterpart — the appearance, however, can change from time to time.

Keep track of the trending UX designs, choose the one that suits your product or website type, and consistently follow it. Most importantly, design for your target audience, and consider their perceptions, psychology, preferences, likes, and dislikes when moving ahead. 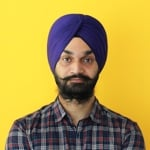