Businesses are often left wondering – what is it that makes for a successful mobile app? The answer may lie in finding out what mistakes lie behind unsuccessful apps – in the mobile app development process, design, marketing, and testing. 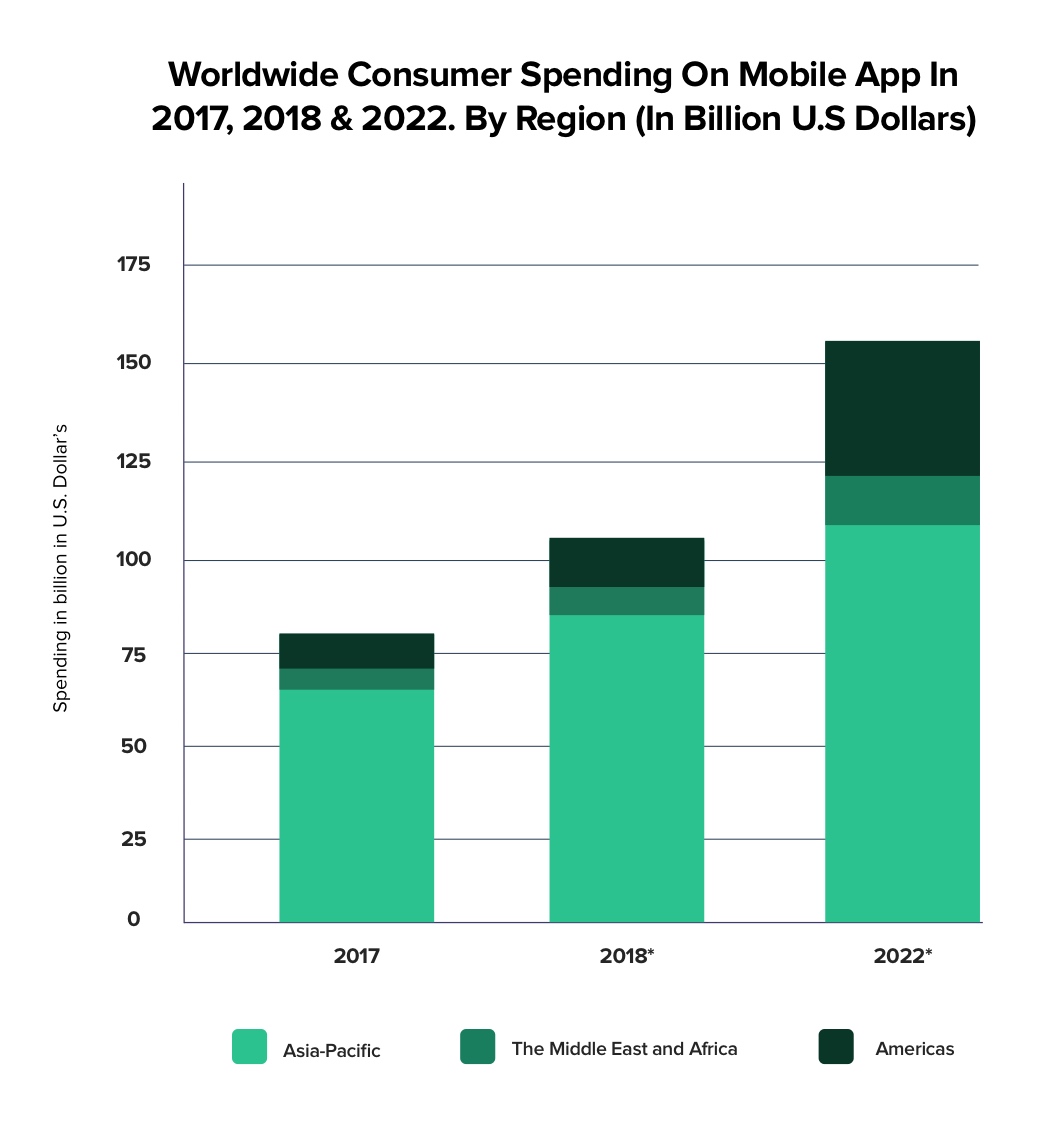 Mobile app development is not inexpensive. The gigantic amount of time, effort, and money are put into the process and this makes it all the more difficult for organizations to face an app failure.

The ideal approach to mobile app development is to consider all those factors. While there isn’t a magic pill for victory, there are distinct traps that can forestall it. From terrible business practices to the weak development processes and a negative user perspective, it’s crucial to dodge the factors that impede the development.

This article mentions the causes that lie behind mobile app failure and the commonly made mistakes during the app development process.

1. Failure to Solve Any Real-World Problem

Most mobile apps, as we see them today, are replicas of a few popular ones. The users are looking for innovation and the failure to come up with something inventive causes disappointment and loss of trust.

If you have an innovative idea that is unique, then you are primed to be effective. Mobile apps available in today’s world tend to create an application with features already existing in the market. This will bring you to ruin sooner than later. App developers need to offer a fresh concept that will lure the users and tackle their issues.

For instance, if all the fashion designers start replicating a particular style of clothes, the competition will be high, while the buyers are less interested. Eventually, only the original concept and designs will make an impact on the customers’ minds. All the replicas are doomed to be classified as failures.

If you are creating an app with the sole purpose of earning money out of it, you have already committed the first blunder. Your main motive should always/ be solving a problem that exists amongst the users.

The marketers have an essential role to play in this scenario; their survey results of the market will exhibit the user pain points, which in turn will be your model of app creation.

2. Inability to Understand the Target Audience

Not being able to understand your target audience is a faux pas that can doom you quicker than you think.

While developing an idea related to the target audience, reaching out to them should be your prime motive to be successful. You should think about making an app that offers easy-to-use features for every age-group. The user should feel connected with your app.

For instance, consider an innovative idea of an iPhone app for kids, which would be all about exciting games and activities that would keep them occupied and enhance their cognitive skills.
However, thinking only like kids wouldn’t be enough. You also need to consider nannies, mommies, and even elder siblings who will be interfacing with the app more than the little ones will.

If you are not able to focus on your target audience appropriately, it will undoubtedly paint a very blurry picture about your ideas; your application will never reach the right, thus spelling failure for your app.

3. Not Being Sure about the Mobile Apps Platform

Whether your application is going to be an iPhone app or Android app or for the Windows phone, if you have not been able to make up your mind about it, you are indeed calling for some trouble. Although, in most cases, people are sure about the mobile platform for their app, yet their decision is not based on careful deliberations.

You cannot go with a specific platform just because it suits your predisposition. The mobile platform that you select must be the preference of your target audience.

Whether it is iPhone app development or Android app development, unsuccessful apps are not just a result of the issues with app’s performance, quality or lack of user experience, but also because the platform hasn’t been carefully studied.

In the mobile-first world, getting apps developed for both iPhone and Android platforms is fast becoming the norm. And it’s great if your audience is available on both the platforms.

4. Too Many or Too Few Features

A remarkable number of apps that get abandoned after the first use are unable to get the balance right. They either present the users with too few or too many features to be of use to them.

For example, Vine, a video sharing platform, was extremely popular and enjoyed close to 40M subscribers. But, it eventually failed despite its popularity since it was unable to offer any unique features to its target audience other than it’s two main functions: shoot and post.

TikTok subsequently filled the void. It watched Vine’s rise and demise, learned from their mistakes, and entered into the market with a plethora of features.

Also, if you are under the impression that a feature-loaded app will lure users, it might turn out to be an opposite scenario. Excessive features might confuse and push them to opt for something more specific to their needs.

While, if you have been too selective about adding features in your application, it might also have an adverse effect, that of making your app inadequate. The number of features should be decided after properly scrutinizing the usability of your app along with the devices in which it will be used.

5. Making It Too Complex for the Users

In the process of enhancing the user experience, app creators often make it an elaborate affair for the users.

The biggest reason for Apple to be able to gather so much attention so quickly was its simplicity of usage. If a user is not able to locate the right buttons in your app in one go, it is not serving the purpose it was created for.

The truth is that the users do not have the time to sit back and learn how to use your application, especially when there are easy-to-operate options available around them. And if you expect them to put in so much effort, you are certainly investing in an unsuccessful app.

For an app to be compatible with the user you need to analyze your target audience’s intellectual understanding and their compliance towards changing trends. Design intricacies can cause the app to fail.

Imagine an app designed for helping the visually challenged without any alarm feature that could be used in case the user is in trouble; or a home automation application that allows it to be linked with only one phone.

These apps limit your user experience instead of enhancing it. The main criteria for app creation are starting an interaction with the user. If you have an app that does not provide any communication with or feedback to the user, they will certainly be less interested in using it.

User experience is critical for both iOS and Android apps, especially when it comes to appealing to your target audience.

It especially applies to the apps designed for the eCommerce market or even gaming applications. For your app to be stable, you will need robust backend support.

With cloud technology at your disposal, it is time to embrace faster and better means of support and storage. There have been several instances when apps have not been handling the traffic inflow, as a result affecting the business value for a more extended period.

Another aspect to consider when looking for a robust backend is scalability. A scalable backend service will adjust according to the traffic influx over a period.

Most marketers make this mistake – marketing your app after it has been created and launched.

A little hype never hurt any app. You can make effective use of social media and even ask your prospects to share responses and ideas about what they would like to include in the application.

Build up a little excitement before the launch of the application like Apple does. It will aid in creating a ready market for your application, so you will not need to toil later to make it visible to your target audience. Launch events are also a good idea if you want the media to talk about your app.

But then, make sure that your app meets the claims that you make.

Unoptimized apps are always a lost scenario, and there’s hardly any chance of them winning with the newer waves of applications flooding the coast every minute, and eventually, they add to the list of reasons why some apps don’t succeed at all.

App performance optimization is a methodological approach and must be carried out cautiously lest it should backfire.

10. Failure to Update the App, Based on Users’ Feedback

Your application is for your users. Failing to recognize what they think about your app can translate into failure.

As your app is released, you continuously try to sell it to your customers without realizing that you also need to pay attention to the issues that they are facing. Fixing these issues for them is essential to keep the customers coming back to you.

The best example is Apple taking back its iOS 8 update and quickly coming back with 8.0.2. It heeds the customer’s problems, and the company is excited to preserve its reputation by providing a quick solution.

Having listed some of these most common yet devastating mistakes, it’s plain to see why so many millions of apps fail. Apart from striving to develop a mobile app that stands out, it is also important to make planned moves and to be cautious about the strategies you deploy when deciding the market for your app.

The strategy applied for marketing your app is an equally critical step, especially when it comes to the timing and the target audience. Also, it is equally important to create a rich user experience to make sure that your app doesn’t go down the drain like those 80%-90% apps that are never used twice.

Talk to our experts to build a scalable and reliable mobile app.