What is Google App Engine, Its Advantages and How it Can Benefit Your Business

Building applications on the cloud is gaining traction as it accelerates your business opportunities while ensuring availability, security, accessibility, and scalability. However, to start with creating web applications, you would require a suitable cloud computing technology. This is where Google App Engine fits in by allowing you to build and host web applications on a fully-managed serverless platform.

What is Google App Engine? It is a Google Cloud Platform service that helps:

The App Engine architecture in cloud computing looks like this: 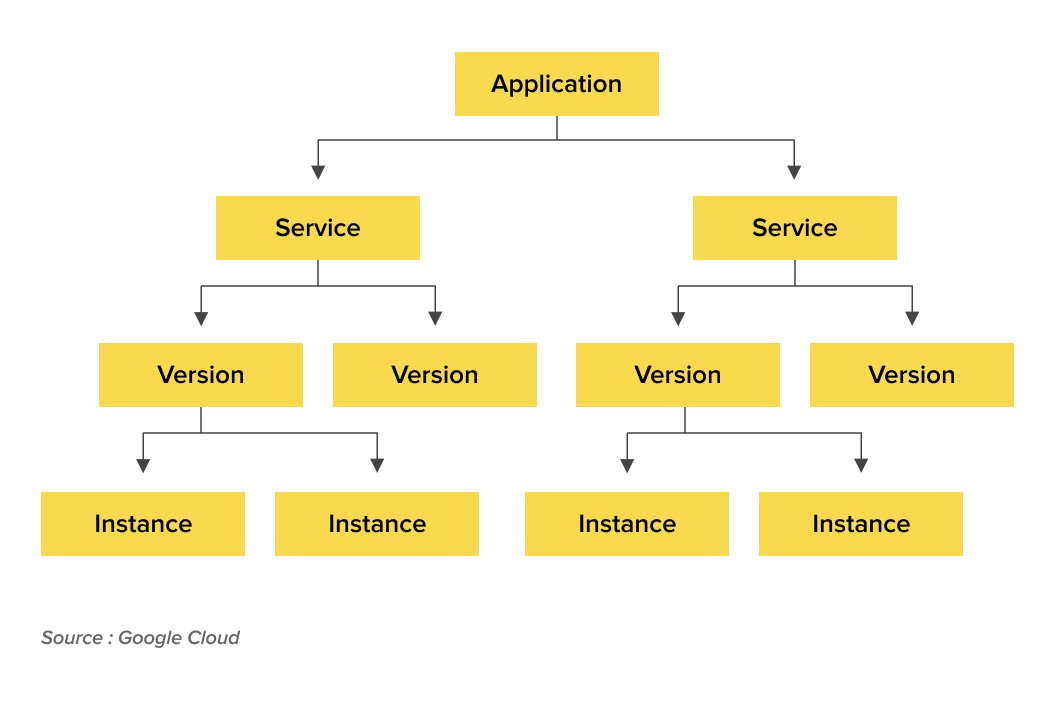 Here’s a glimpse of user ratings for Google Cloud App Engine by G2: 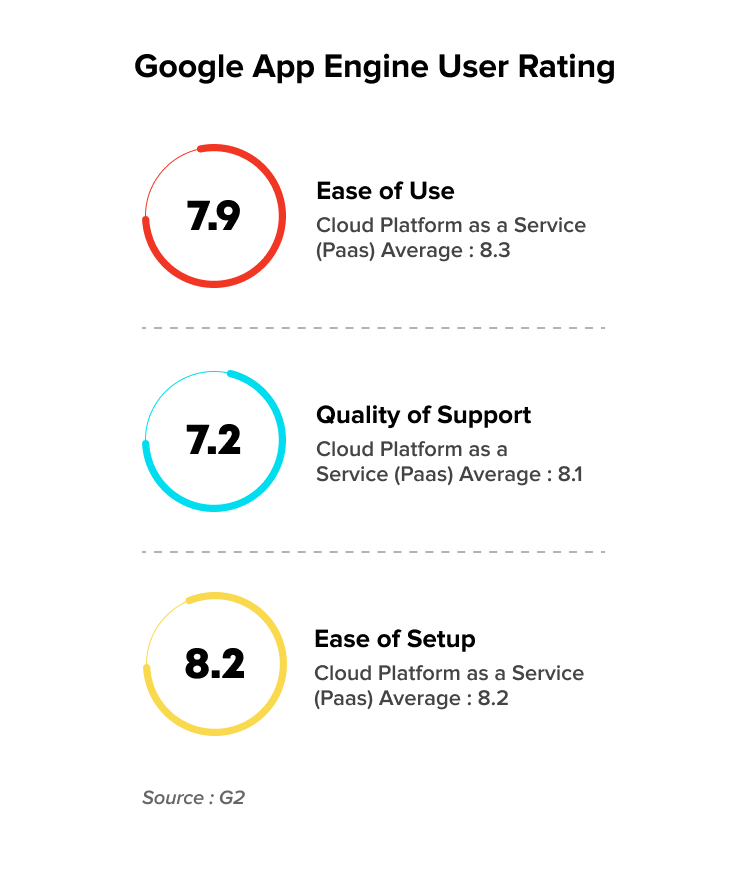 Let’s discuss more on what is Google App Engine (GAE) and and how it helps in cloud app development.

Is Google App Engine a PaaS (Platform as a Service)?

Google App Engine in cloud computing is a PaaS, Platform as a Service model, i.e., it provides a platform for developers to build scalable applications on the Google cloud platform. The best thing about GAE is its ability to manage the built applications in Google’s data centers.

This way, organizations only have one job to master — building applications on the cloud. For the rest part — the App Engine provides the platform as well as manages the applications.

Some of the prominent Google App Engine features include:

1. Collection of Development Languages and Tools

The App Engine supports numerous programming languages for developers and offers the flexibility to import libraries and frameworks through docker containers. You can develop and test an app locally using the SDK containing tools for deploying apps. Every language has its SDK and runtime.

Google allows you to add your web application code to the platform while managing the infrastructure for you. The engine ensures that your web apps are secure and running and saves them from malware and threats by enabling the firewall.

The app engine works on a pay-as-you-go model, i.e., you only pay for what you use. The app engine automatically scales up resources when the application traffic picks up and vice-versa.

The app engine automatically routes the incoming traffic to different versions of the apps as a part of A/B testing. You can plan the consecutive increments based on what version of the app works best.

What are the Benefits of Google App Engine for Websites?

Adopting the App Engine is a smart decision for your organization — it will allow you to innovate and stay valuable. Here the answer to why Google App Engine is a preferable choice for building applications: 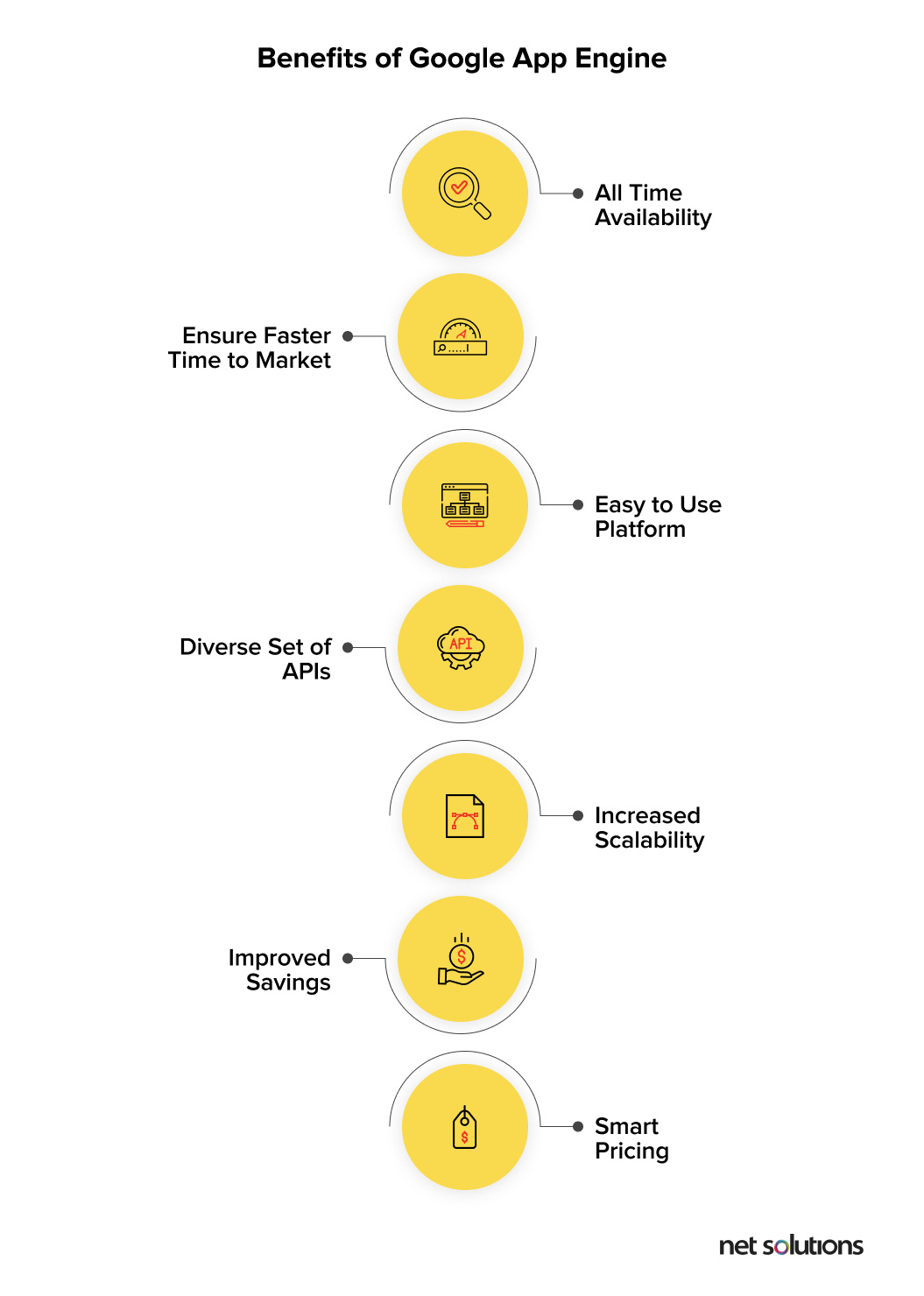 When you develop and deploy your web applications on the cloud, you enable remote access for your applications. Considering the impact of COVID-19 on businesses, Google App Engine is the right choice that lets the developers develop applications remotely, while the cloud service manages the infrastructure needs.

For your web applications to succeed, ensuring faster time to market is imperative as the requirements are likely to change if the launch time is extended. Using Google App Engine is as easy as it can get for developers. The diverse tool repository and other functionalities ensure that the Google Cloud application development and testing time gets reduced, which, in turn, ensures faster launch time for MVP and consecutive launches.

3. Easy to Use Platform

The developers only require to write code. With zero configuration and server management, you eliminate all the burden to manage and deploy the code. Google App Engine makes it easy to use the platform, which offers the flexibility to focus on other concurrent web applications and processes. The best part is that GAE automatically handles the traffic increase through patching, provisioning, and monitoring.

Google App Engine has several built-in APIs and services that allow developers to build robust and feature-rich apps. These features include:

Scalability is synonymous with growth — an essential factor that assures success and competitive advantage. The good news is that the Google App Engine cloud development platform is automatically scalable. Whenever the traffic to the web application increases, GAE automatically scales up the resources, and vice-versa.

With Google App Engine, you do not have to spend extra on server management of the app. The Google Cloud service is good at handling the backend process.

Also, the App Engine has a dedicated billing dashboard, “App Engine Dashboard” to view and manage your account and subsequent billings.

To sum it all here’s an introductory video on App Engine by Google Cloud Platform:

The Google service is a preferable choice for organizations as they do not have to worry about hosting and managing the application infrastructure. It helps ensure faster time to market, lets you focus on core business capabilities, and lets you efficiently manage the consecutive release cycle.

To start with — Build your cloud strategy, create a GAE account, set up app engine SDK, write the application source code, test the application, and finally deploy it on the cloud.

Talk to our experts to define your cloud strategy, build solutions, and manage your infrastructure.