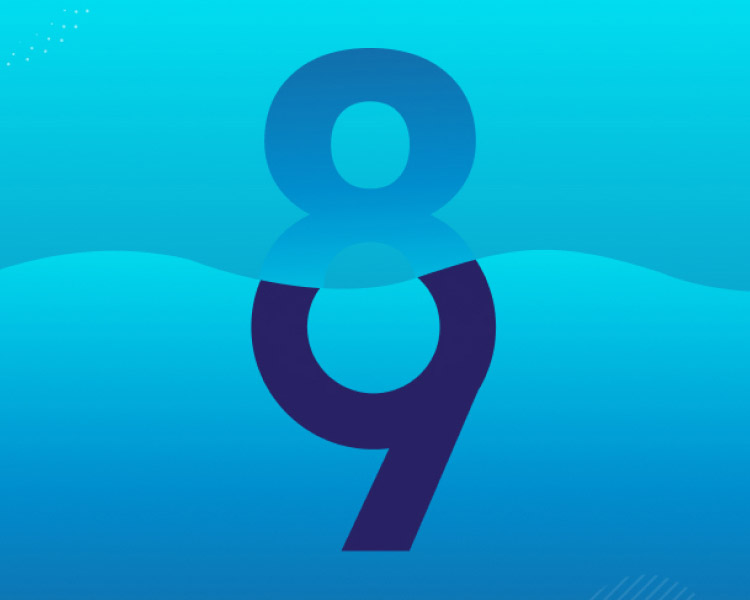 Selecting the right content management system (CMS) to handle such massive traffic and data (like in the case of NASA), is fundamental to any business’ endeavors of success. It’s the reason behind the relaunch and migration of www.nasa.gov onto Drupal — a secure, scalable, and dynamic CMS — that has resulted in a reliable, user-centric, and mobile-first design streamlining the visitor experience.

It is one of the success stories of Drupal 7, but this was no time for Drupal to rest on their laurels. They released Drupal 8, and now the countdown for Drupal 9 has kick-started — an engine of innovation, recognizing digital as the linchpin of its development strategy.

Our Net Solutions developers have chosen Drupal for Web Development over other CMS systems for many of our projects, so when we heard the news of Drupal 9 release, we were excited to find out what Drupal brings to the table this time.

After thorough learning and spirited discussions, we found vital takeaways that Drupal 9 will be bringing with its release. In this article, we will dive deeper into more details and understand its features, along with other fundamental elements of Drupal that can help accelerate the business’ digital strategies.

Symfony 3 framework is one of the dependencies of Drupal 8, which is entering the end of life in November 2021. The support for Drupal 8 gets lifted around the same time. Therefore, it’s the best time to upgrade to Drupal 9

At the time of writing this piece, there were 34,173 websites still running on Drupal 6. Well, it’s shocking. Right? Anyone on Drupal 6 and reading this article, make a note — Drupal 9 will soon lift the support for a migration path from Drupal 6, which means that Drupal 6 code will no longer be present in the Drupal core. Thus, the release of Drupal 9 will serve as extra motivation for these sites to upgrade.

Now, let’s have a closer look at some of the Drupal 9 features, updates, and paradigms.

When Drupal was initially released, Dries Buytaert was not in favor of preserving ‘Backward Compatibility.’ However, contrary to Dries’ philosophy, Drupal 9 releases with backward compatibility feature, implying that Drupal 9 will be compatible with its predecessor, i.e., Drupal 8.

That being said, if your website’s key features depend on modules, Drupal 9 will be able to use data, modules, and configurations with the previous version (Drupal 8) of the software and all your hard work will be functioning like before, unlike the case with Drupal 7 and 8.

As Buytaert mentions the reasons behind his unwillingness to preserve backward compatibility, which leads to dragged historical baggage and hindered systems’ performance, he prefers sticking to his philosophy until users force him to change slowly:

But what to do if many of your users slowly force you to change one of your core values? 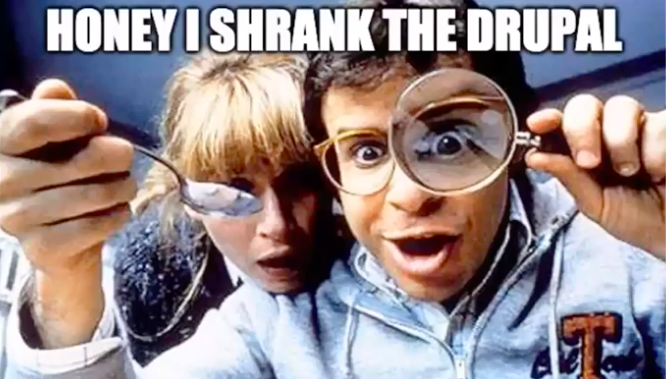 With over half of all the web traffic landing on mobile devices, Drupal, in its 8th release, revealed that it was designed with the mobile-first approach. Drupal 9 will take this further by lending its support for responsive images — mobiles will be displaying the best sized images, consuming less data.

Moreover, Dries appeared in a webinar with Acquia on 12th May and mentioned that “Drupal 9.1+ is where future innovation happens,” paving the way for faster and better performance of websites. Well, Drupal 9.1 update is not so long, too — just six months after the release of Drupal 9. Till then you can still enjoy the powerful features of Drupal 8/9: 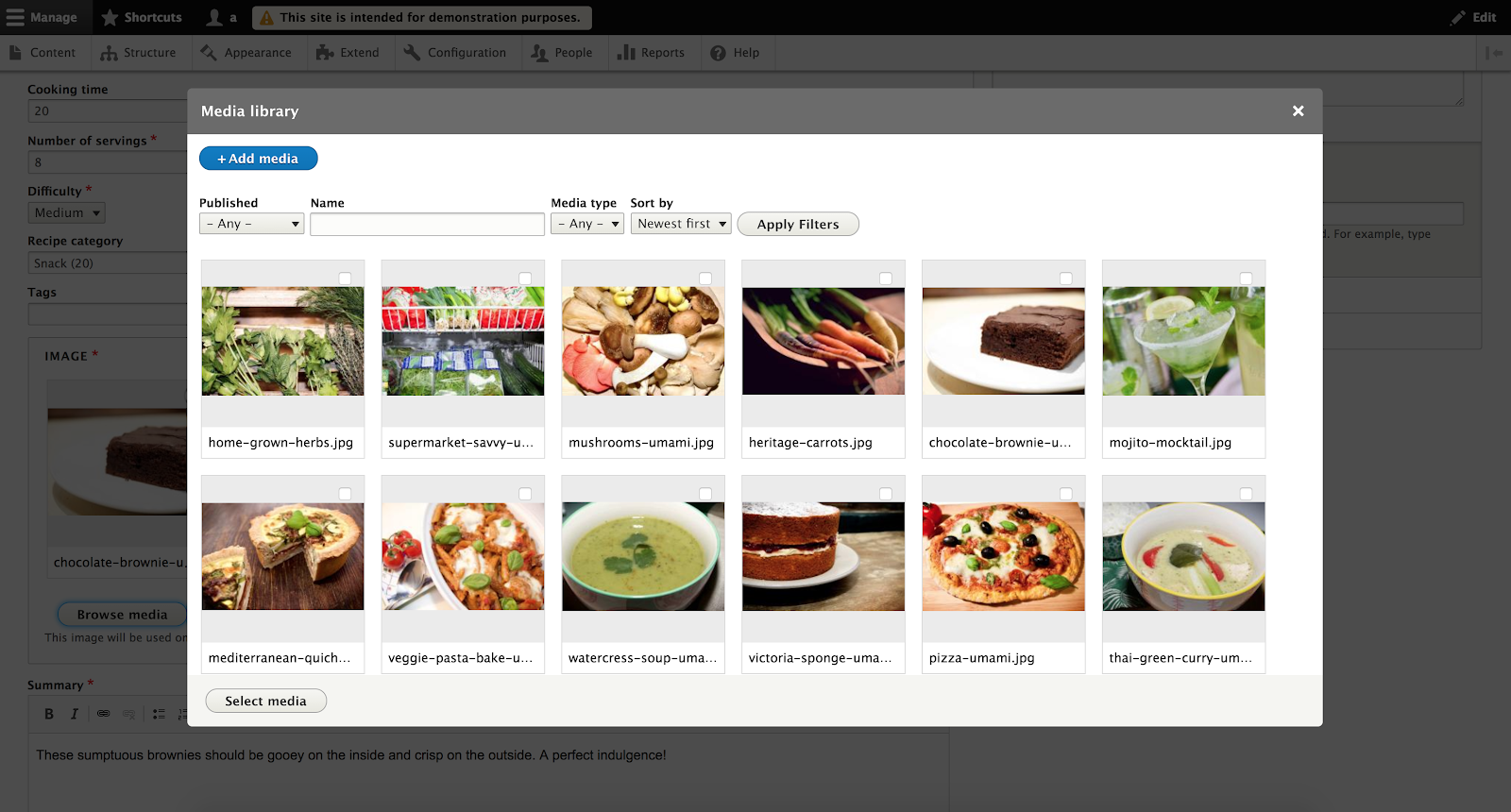 One of the significant changes coming with the release of Drupal 9 is lifting the support for deprecated codes in Drupal 8. So what does this exactly mean?

A ‘Deprecated Code’ in Drupal means that the code marked as “deprecated” will no longer have any further support and, thus, should not be used anymore. The reason behind code depreciation is a better alternative that should be used as a replacement.

You can say that one of the agendas behind Drupal 9 release is some clean-up work, implying that any Drupal 8 module using deprecated code will need an update before Drupal 9s’ release, else it will stop working with Drupal 9. The end goal is clear — to make the code more nimble, thus improving the website’s performance.

How to Analyze if Your Site Uses Deprecated Code?

All site owners can install the Upgrade Status Module — it offers you a Drupal 9 site’s migration readiness assessment, along with deprecated code check.

Most of the enterprise CMSs, existing today, can deliver a few commerce solutions, and vice-versa is true. However, there is no eCommerce solution or an existing CMS platform that can provide both, leaving a substantial omnichannel experience gap.

Drupal Headless CMS and Magento found an opportunity here — an idea of merging the two resulted in a market-leading system. 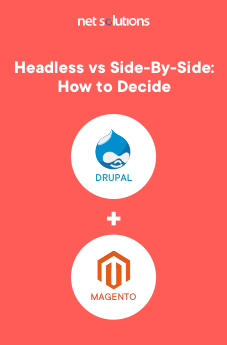 Find what’s best for your business

Drupal 8/9 comes with an API-first approach. Dries in a webinar mentioned that they are aggressively investing in Headless CMS so that it can build the powerful front-end of the website with JavaScript framework like React or Angular. The key features of Drupal Headless CMS are:

“The last five years, we have not only added new capabilities, but we have also improved existing capabilities, we have refactored code, we have eliminated technical debt that may have existed in Drupal. So, the APIs of Drupal have evolved in advance.” – Dries Buytaert

Drupal 8 won’t get any new features, apart from security and critical patches, once Drupal 9 is released on 3rd June 2020. If you want to stay updated with the latest and vital features in Drupal, kick-start the upgrade process as quickly as possible.

If your website is still on Drupal 7, it’s high time to upgrade to Drupal 9. All its migration paths will remain active at least until Drupal’s 10th version and migrating from Drupal 7 to 9 would not be harder than going for Drupal 8.

If your website is on Drupal 8 and there are no deprecated codes, you can upgrade to Drupal 9 anytime after its release. We recommend you to get started with Drupal 9 as soon as possible and start reaping its business benefits.

Talk to our experts to upgrade to Drupal 9 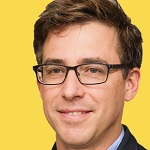 Adam is an experienced project and product manager with 5 years of experience with proven expertise in managing, leading and growing multi-cultural teams. He approaches work to inspire excellence, encourage team members to bring their best to each project. Adam thrives in competitive environments and gains maximum mental and output satisfaction from removing barriers and delivering successful outcomes. In his downtime, he prefer to bike around NYC, read and discover new pizza places.