Introducing CI/CD is a way to leverage automation in the agile product development process. CI/CD stands for — Continuous Integration, Continuous Delivery, and Continuous Deployment. This model forms an integral part of adopting the DevOps culture, which, in turn, aims at ensuring faster time to market and customer satisfaction.

The CI/CD loop is similar to a factory set up where automated machines assemble and pack items (integration), seal the package, and make it ready for transportation (deliver). Finally, the transport system delivers packages to warehouses/shops (deploy).

According to Dzone’s State of CI and CD trend report, DevOps culture-driven organizations are increasingly using the model to create SaaS products. 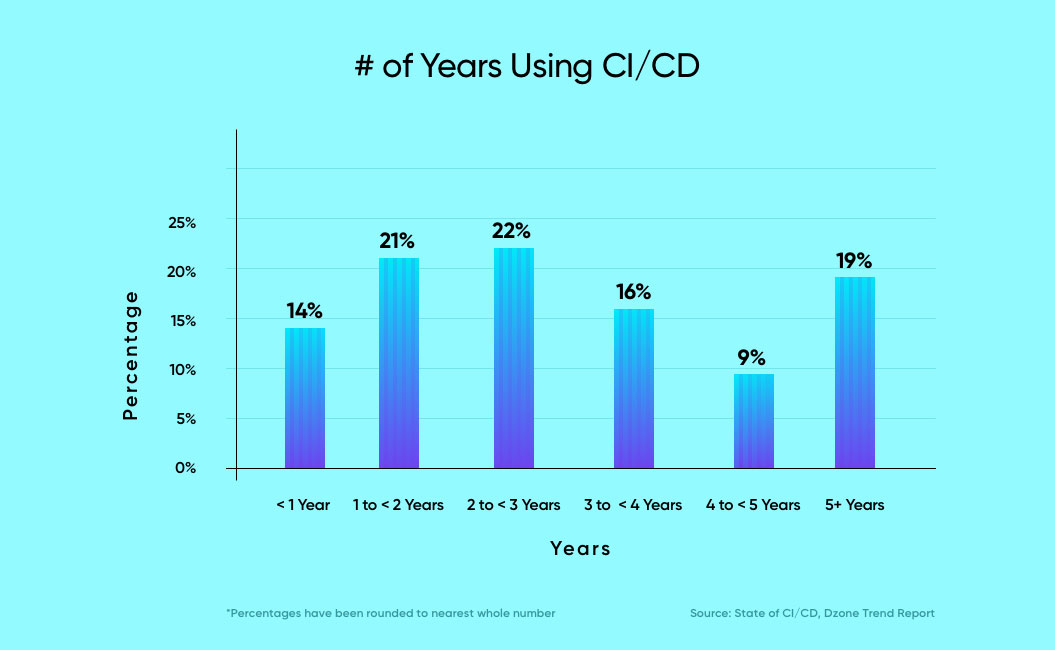 Additionally, as per GitLab’s DevSecOps survey, a rapid elevation was observed in automation, release cadences, continuous deployments, and security postures, growing dependence on next-gen technologies like AI, ML, and so on.

Here’s a comprehensive guide to help you understand what CI CD means and how it will benefit your team and your product.

The Relevance of CI/CD

The general process of the software development cycle involves — multiple developers working on different features at the same time. Now, if the disintegrated code were to be merged one day, it could be manually exhausting, time-consuming, messy, and the functioning of the entire system could fall off track.

Moreover, if the developers are working in independent teams, their code might not sync well with the other team’s code — leading to a more hay-wired setup.

It is similar to postponing your meetings each day and aligning them together on a particular day and, in turn, increasing your burden while reducing your enthusiasm and productivity.

With continuous integration (CI), the code is merged to the mainline (shared repository) frequently, often multiple times in a day. The changes then go through a series of automatic software tests (for example — unit tests and integration tests) to validate the application’s wholeness and integrity.

Once the changes are validated and everything is in place and working, continuous delivery ensures that the new workable system is added to the mainline. Finally, continuous deployment steps in, i.e., the new version of the software is made available to the end-users.

With CI/CD, you can align your meetings regularly so that you can tend to the smaller issues regularly, rather than the “all at once” approach.

As per a recent report by Statista, besides containers technology, CI/CD is amongst the technologies that OpenStack users wish to adopt.

What is CI/CD? — Technical Definition 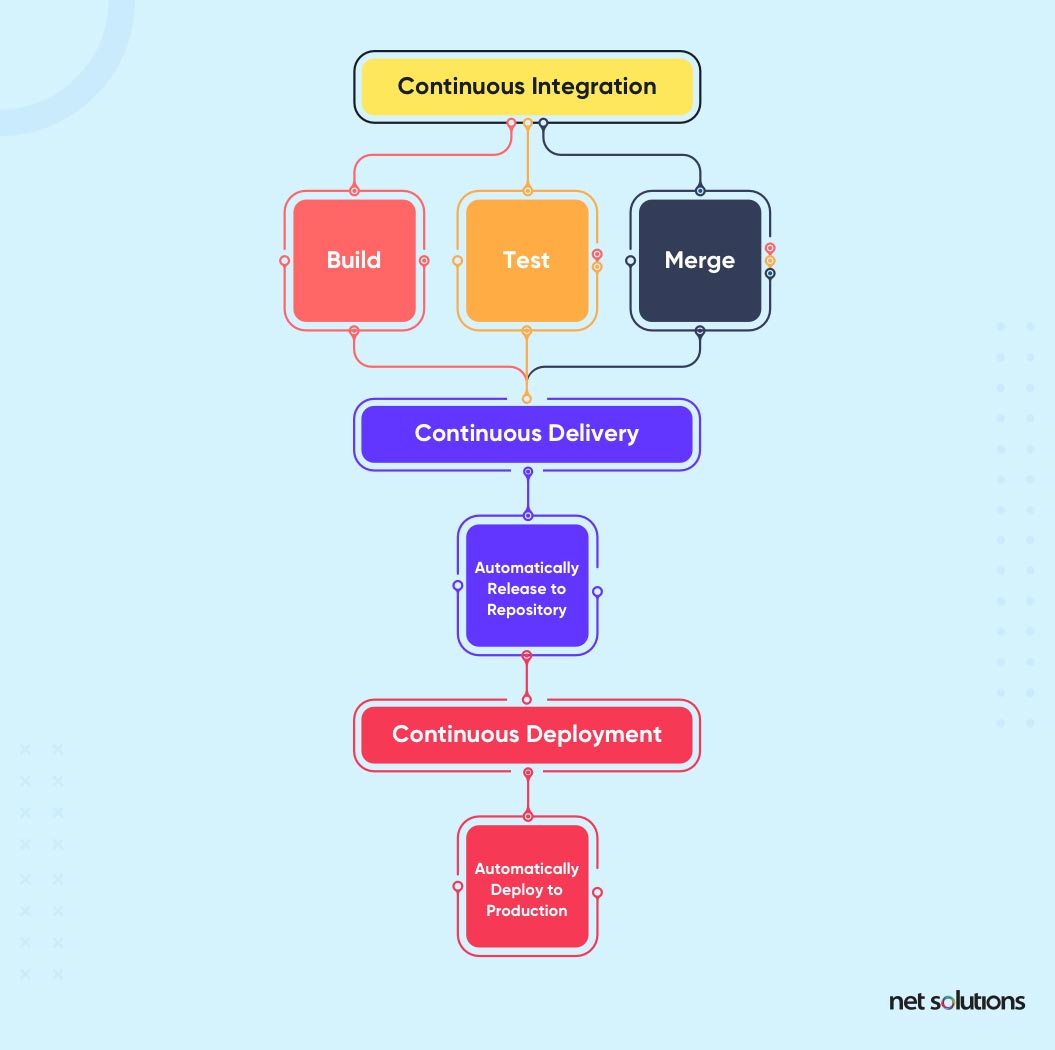 1. What is Continuous Integration (CI)

Continuous integration implies that new user stories in agile are built, tested, and integrated into the existing system. Maintaining the wholeness and the integrity of the software — is the objective of the CI process. To implement continuous integration in Agile, you must push the changes to the larger system multiple times (at least daily).

2. What is Continuous Delivery (CD)

Continuous delivery implies that the new user stories are automatically tested, sent back for bug fixtures if any, automatically retested, and sent to a central repository. The new features can then be released to the production environment. 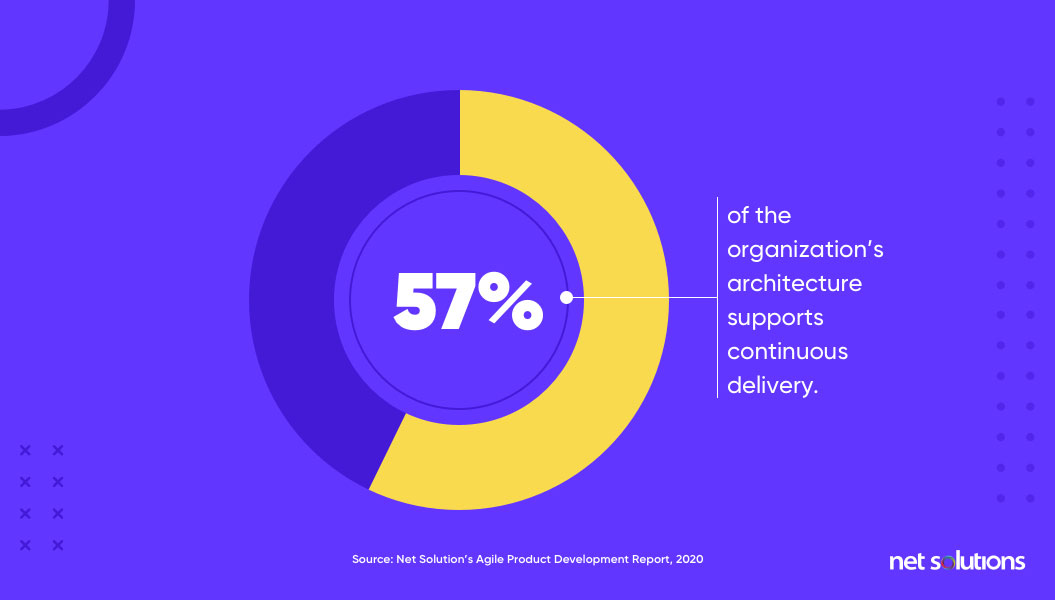 Continuous delivery aims to ensure that every change to the code can be deployed to a live environment and is bug-free, efficient, effective, workable, and reliable.

According to a recent report, the Continuous Delivery market has enumerated a CAGR of 19.75% for the forecast period 2021 – 2026.

3. What is Continuous Deployment (CD)?

Continuous deployment implies that the new user stories present in a central repository are automatically released, i.e., making the newly added features available to the end-users.

Continuous deployment is closely related to continuous integration and refers to the release into the production of software that passes the automated tests. — Jez Humble & David Farley, Author of Continuous Delivery

What is CI/CD Pipeline?

The CI/CD pipeline is a series of automated steps and processes that are followed to deliver new features to the end-users. This pipeline is about building, testing, merging, adding the latest version to a central repository, and releasing it. CI/CD Pipeline follows the DevOps approach to accomplish the mentioned goal.

What are the different stages of the CI/CD pipeline?

What is CI/CD Process?

Here’s an analogy to help understand the CI/CD workflow in detail. Assume you have two SaaS developers on the team who have been working remotely on the code for the same SaaS application.

Adding the respective code fragment to a central repository daily.

The code automatically shifts to the CI server where — build, test, and integration occurs for each of the code fragments.

This step usually involves unit tests (where individual components of the larger code are continuously tested) to ensure that codes provided by both the developers flawlessly fit into the existing software product.

Next, acceptance tests are run by the developers, followed by staging the integrated software in an environment similar to that of production. This is known as the deployment pipeline, which consists of — development environment, a testing environment, and a staging environment.

Finally, the code that both the developers create is automatically sent to production. This is only possible when the respective code successfully passes through continuous integration and continuous delivery processes. 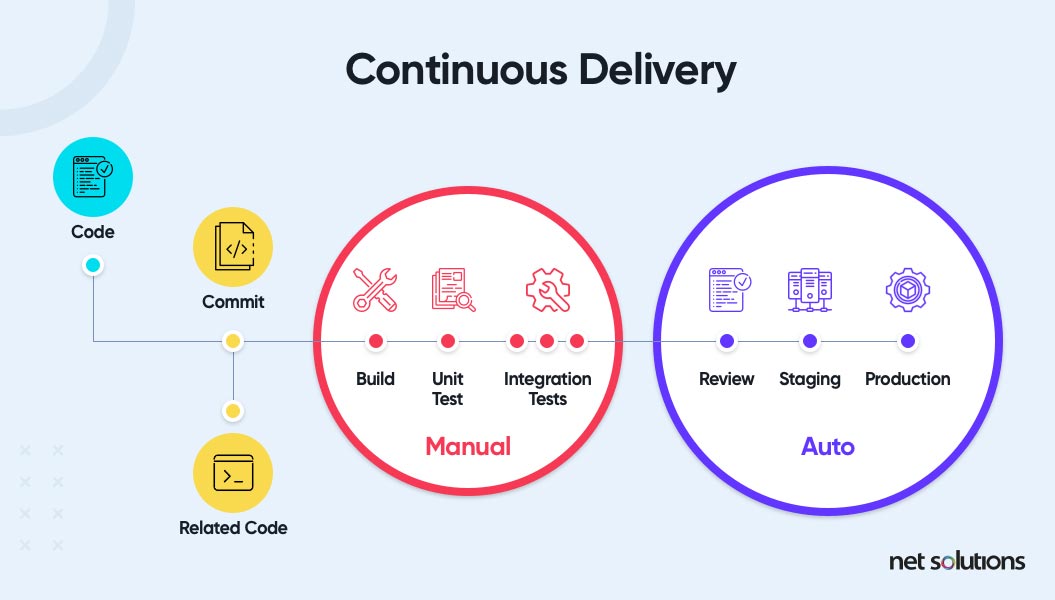 The cost of implementing a CI/CD pipeline is high as you are introducing automation to the system. The upfront costs need to be looked into beforehand. Here are some resources you need for a successful implementation of the CI/CD pipeline:

What Tools Should You use for CI/CD?

Here is a collaborative list of ten common CI/CD tools available in the market.

Jez Humble introduced a “Continuous Integration Certification” test that acts as a KPI (key performance indicator) for organizations implementing CI/CD. Based on the test, here are some of the best practices that ensure the success of your CI/CD pipeline:

What are the Benefits of CI CD

Automation is the idea behind implementing CI/CD. The processes help ensure minimal sign-offs and manual authentications — that otherwise hurt the lead time.

The major benefits of CI/CD are mentioned below:

Both the development and the operations team (DevOps) can increasingly focus on their core competencies. Moreover, the teams would not have to wait for manual sign-offs between them for executing integration, delivery, and deployment — as everything will be automated.

2. Development of an Agile Mindset 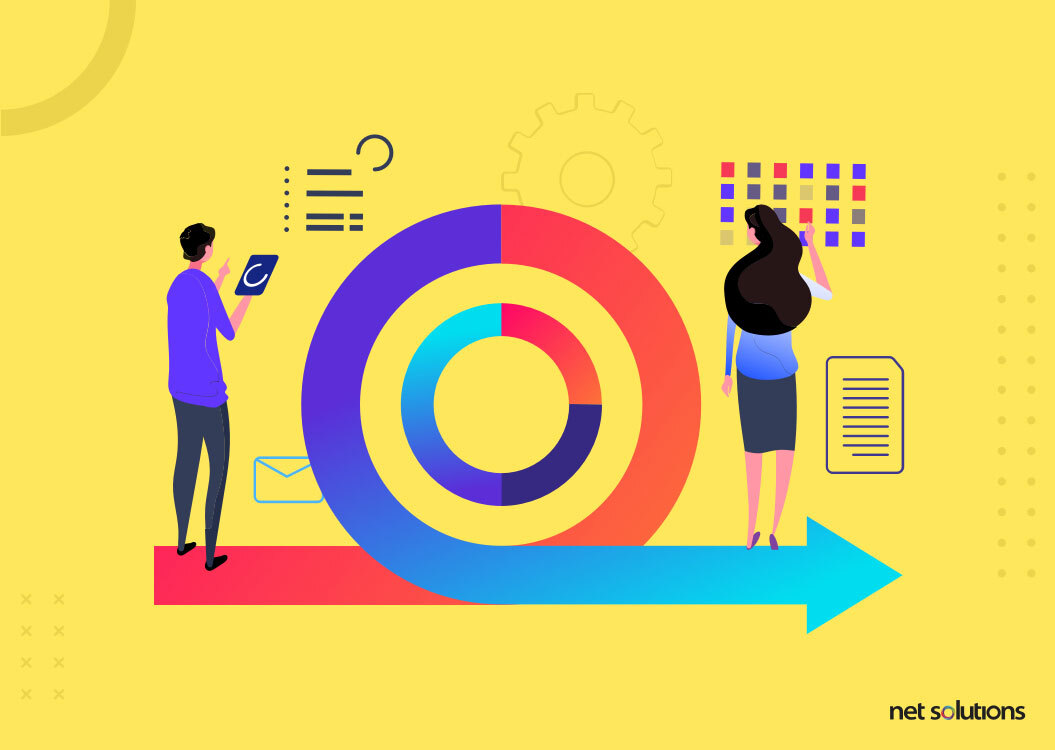 When the developers will contribute to the software code daily, and the bugs will have to be fixed on the go — the speed of execution will automatically increase. CI/CD is the best way to promote the agile mindset within the development and operations team.

P.S. – Before embracing Agile mindset, it is important to leverage Product mindset over Project mindset too.

With code being added to the central repository almost every day, a broken system’s chances get reduced. These everyday additions make continuous integration and delivery easier as there are small code fragments to deal with, thus less probability of emerging anti-patterns and bugs. 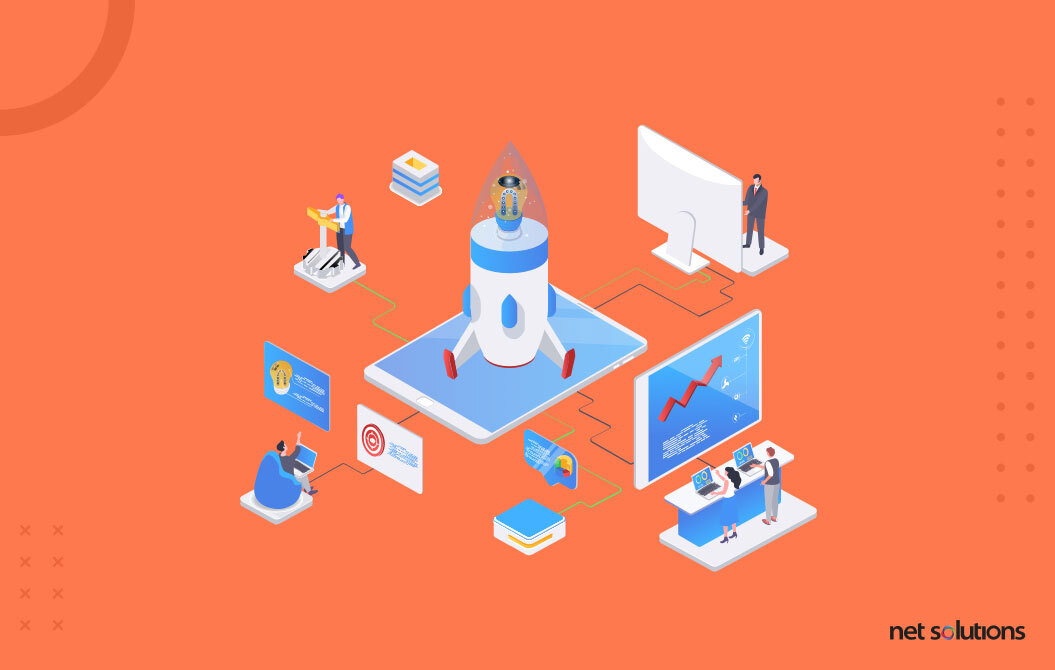 The CI/CD pipeline ensures that automation takes over the integration, delivery, and deployment process, which ]further leads to — faster time to market. The main objective of CI/CD is to reduce the time to market that otherwise used to take years due to broken processes and minimal collaboration between development and operations.

With continuous integration, delivery, and deployment — the code can be released to the end-users in a timely manner. The timely deliveries mean that the time between the MVP release and the fully-fledged product will get reduced. This, in turn, will further help in gathering feedback early and scheduling product refinement.

1. What are the examples of CI/CD pipelines?

Continuous Integration (CI) is the process to integrate code mainline codebase. At the same time, CD can mean Continuous Delivery or Continuous Deployment.

3. Which are the most popular CI/CD tools?

4. What is the CI/CD pipeline KPI?

5. How does CI/CD pipeline help IT specialists?

6. What is one component of the continuous delivery pipeline?

The pipeline has four elements:

7. What are three advantages of continuous integration?

Implementing CI/CD in your product development setup should be a priority to ensure faster build, delivery, and deployment cycles. It helps automate the tasks at hand that lead to the availability of the software and its varied versions to the end-users.

The above article covers the basics of CI/CD, tools for automating the tasks, and the advantages of CI/CD for your business. Now that we know more about CI/CD, we can say that practicing continuous (integration, delivery, and deployment) should be considered wholeheartedly to be tagged as an implementer of DevOps culture.

Talk to our experts to automate your cloud infrastructure and to accelerate software delivery.