The Ultimate Guide to Cross Platform App Development Frameworks in 2022

Budgeting, however, is usually an issue if businesses go for native apps. This is why cross-platform app development has emerged as the unrivaled choice of businesses that aim for a presence on both Android and iOS.

Before moving on to find out where this category of frameworks stands in 2022, it is important to discover some basics about them.

The Difference Between Native and Cross-Platform App Development

Native vs. cross-platform is a never-ending debate that has kept the tech community divided for years. There are a few experts who prefer native apps over cross-platform apps. On the other hand, companies like Uber are coming up with their cross-platform app framework—Ribs— to rewrite their driver app.

At this point everyone know that apps built with cross platform frameworks only ship if you compromise quality. But nobody has measured whether they save time over just half-assing two native apps.

Both native and cross-platform development technologies are in a constant state of evolution. This changing nature of technologies signals that these topics should be revisited from time to time to understand which of these options is currently leading the game.

Cross-platform frameworks seek to generate an app that reaches out to as many followers of a brand as possible by covering a wide number of end devices during the programming and creation process.

However, these challenges are minimal when compared to the benefits of cross-platform app development. 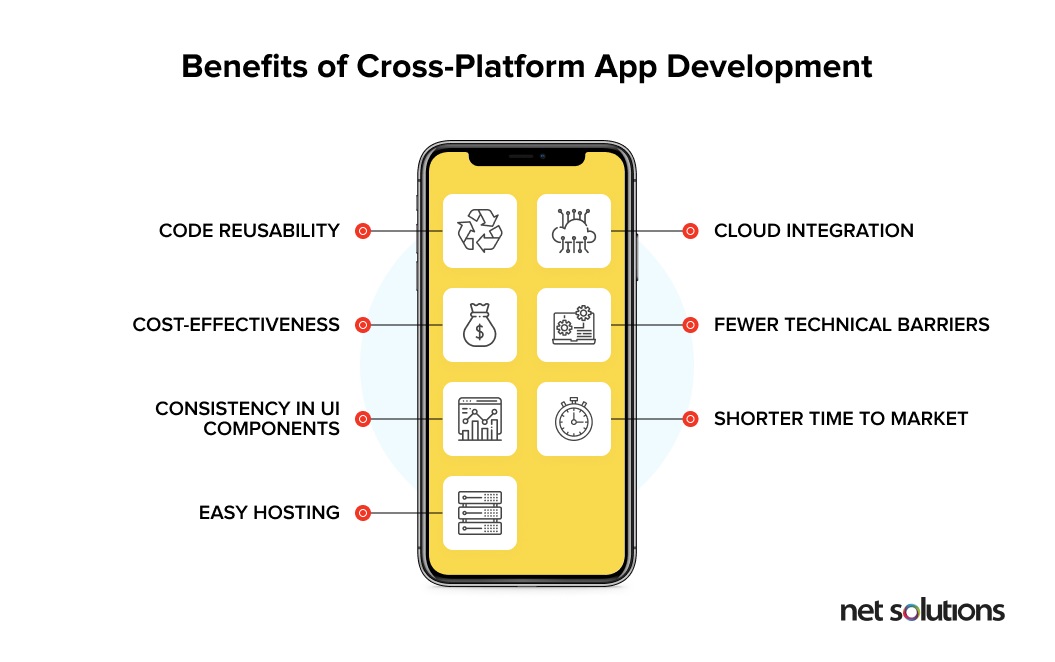 1. Maximum Exposure to the Target Audience

Leveraging a mobile cross-platform development approach enables a company to build an app and deploy it over various platforms, including the web. This means that, by building a single app, one can target both iOS and Android platforms. Thus, maximizing their reach.

In cross-platform app development, a single and a universal app is compatible for running on all platforms. This makes it easier to maintain and deploy code as changes are made. Updates can promptly be synced over all platforms and devices, thus saving time and money. Moreover, if a bug is found in the common codebase, it only needs to be fixed once. In this way, developers can save a lot of time and money.

Another good thing about this platform is that the code can be used again and again. Instead of developers developing new codes for every platform, a single code can be reused. This saves time as well as resources because it eliminates repetition in the task of creating codes.

Cross-platform mobile apps are totally compatible and can take advantage of various plugins integrated with the cloud settings. In other words, the single source code is coordinated with various plug-ins and extensions to enhance the app’s scalability and functionality.

As mentioned above ‘write once, run everywhere is the concept that is followed while building cross-platform app development. This allows app developers to reduce Time-to-Market (TTM) with quick deployment.

Also, if the app needs to be transformed or customized, it is easy for the developers to do minor changes in a single code. This helps to deliver products more swiftly than the competitors by improving customer engagement.

Users can recognize user interface (UI) elements, and foresee their interactions over various platforms. Therefore, User Experience (UX) is an important thing to consider for any app or software.

It is hard to sync the various development projects while developing multiple apps. Cross-platform mobile development tools allow developers and designers to build a uniform user experience that app users can enjoy.

There are several cross-platform app development frameworks out there, each with its own set of pros and cons. The most competitive and top-performing frameworks available today are described below:

Loved by Developers, Trusted by Enterprise

Xamarin was launched in 2011 as an independent cross-app development framework but was later acquired by Microsoft in 2016, thus lending it more credibility than before.

It is an open-source framework that was launched to solve the problem of disjointed, native technology stacks, which made mobile app development a difficult and expensive affair. 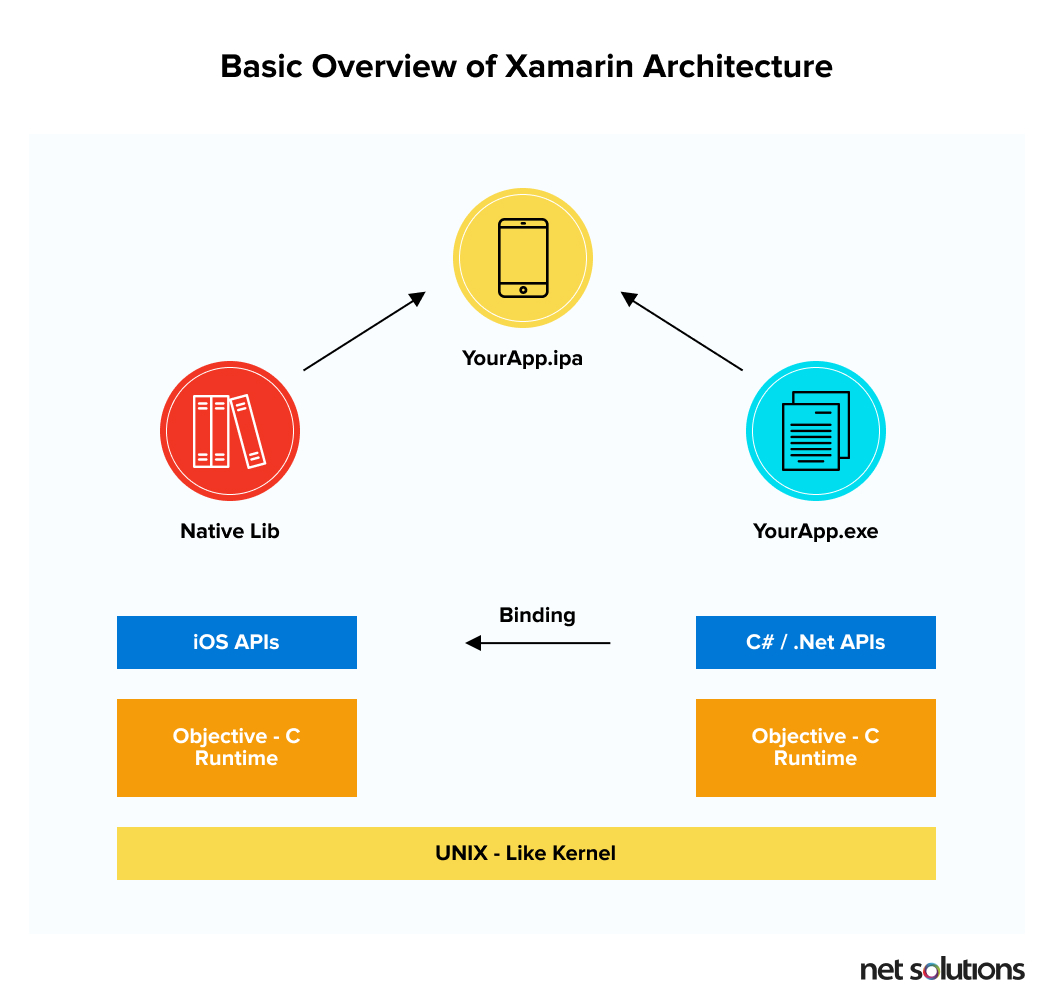 Also, in the Stack Overflow ‘Developer Survey Results, 2019’, React Native was found in the category of dreaded frameworks for the first time. 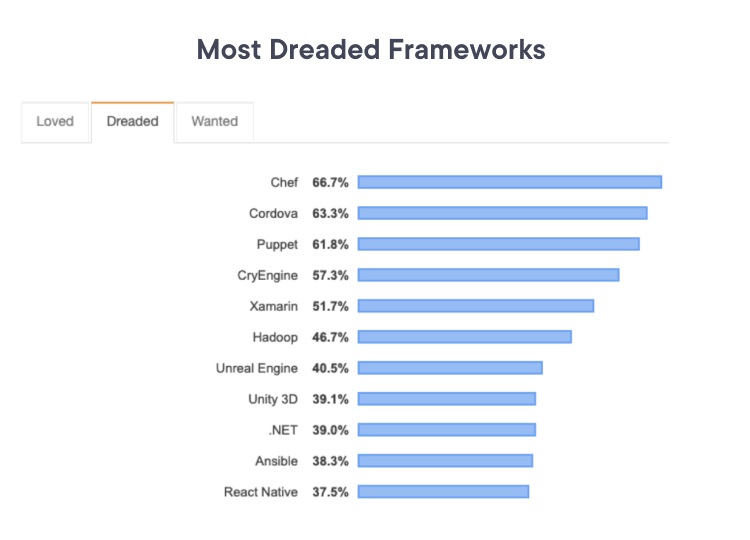 Flutter is another open source and free cross-platform framework for creating native interfaces for Android and iOS.

One might be thinking: if Google announced Flutter recently in February 2018 at Mobile World Congress and released its first version on December 5th, 2018, how did it get mentioned in this list of cross-platform app frameworks?

PS: In May 2019, Google announced the availability of the new stable build, Flutter 1.7.

Remember, Flutter is a cross-platform app framework
maintained by Google, the very same organization that develops the Android Native Framework. A survey held by Stack Overflow describes other reasons that flutter deserves its spot on this list.

In the Developer Survey Results, Flutter was amongst the top 3 most loved frameworks. Additionally, it added more competition to the already decreasing popularity of the React Native framework. 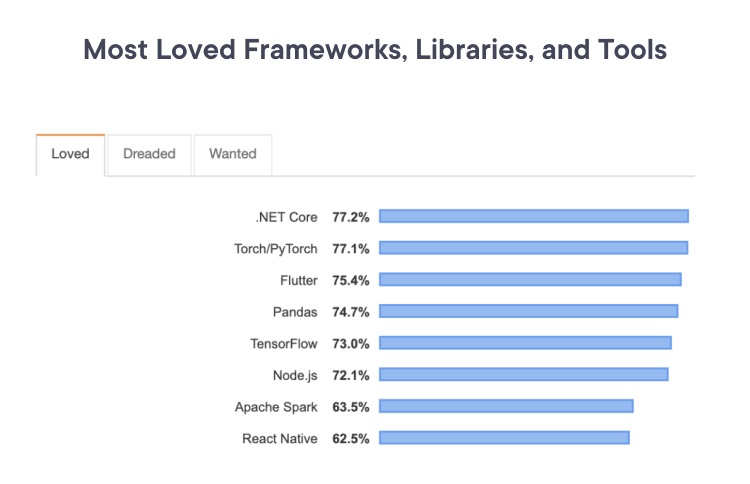 So, before you build a mobile app development solution for your customers, make sure you are well-equipped with all the necessary information about app development frameworks.

It Always Comes Down To ‘Which Cross-Platform App Development Framework’?

Google, Microsoft, Facebook – the big three have tossed their hats in the mobile app development tools ring. Do you know the hat you should pick?

Good post. I'm a huge advocate for cross-platform app development myself. I'd like to add that Adobe has discontinued PhoneGap Build. Apache Cordova, Ionic and NativeScript are great alternatives for that.

Also, you left off Codename One, which makes native Android, iOS, Desktop and Web apps using Java or Kotlin. It was the first solution to build native iPhone apps in Java, and is still the most mature, performant and stable cross-platform mobile WORA (Write-Once-Run-Anywhere) toolkit on the market.

For an app that provides a document access feature potentially being able to download the doc from a backend. Also a text messsge feature from admin screen sending a text to groups of usersn . What would use? I am thinking of hosting the app on aws and making use of there database services. Any advice, not sure which framework to use?

"Xamarin is not a free ..." - It is literally completely free. So are the classes on microsoft learn to learn xamarin

"Xamarin offers limited access to certain important libraries that the developers need for mobile app development." - All native app ability is available in Xamarins api. There are also thousands of Nugets (such as Xamarin.Essentials) to help make things smoother.

"Also, since the core of its user-interface creation is not mobile, creating the UI is time-consuming..." -Has drag and drop to create UI if xml doesn't tickle your fancy. Takes seconds to build a ui...

"Community support is also not that great as of now; at least not as much as certain other hybrid frameworks offer." - Stackoverflow has 36k+ tags concerning Xamarin, and there are literally hundreds of thousands (300k+) of posts on the official forum https://forums.xamarin.com/

Miss information on this article. "designing in-app navigation is complex because of its not-so-easy-to-use UI-router"
9 years of experience in technologies... How many years in Angular?

A have read a lot of posts from a variety of bloggers, but unfortunately, nobody mentions Nativescript, which is the one of the main competitors to React Native, which offers Vanilla, Angular and Vue support. Why have not you mentions this framework? It is free and licensed under Apache 2.0. The community still growing and they already have a lot of plugins available to enable native features both for Android and iOS (not sure about Windows 10).

"Xamarin is not a free cross-platform app development framework. The price can, in fact, cause a budget predicament for businesses, especially startups."

"Google is still testing Futter in its beta phase. So, the version in the market right now is not a stable one, which is also not supported by Continuous Integration (CI) platforms such as Travis or Jenkins."

I wouldn't agree with this.Flutter recently released 1.0 version also I'm using Flutter for past 6-7 months and I done CI with it.You have it documented very well and there is CodeMagic CI just for Flutter.