React Native vs Xamarin: Which is a Better Mobile Framework

Many businesses nowadays prefer to have an app for both iOS and Android. That is why cross-platform solutions are the most preferred choice with React Native and Xamarin as favored frameworks. But when it comes to React Native vs Xamarin, people are often unsure about making a choice. This blog compares both the frameworks and shares their benefits to help you make the right choice.

The current global population of smartphone users is at 45.4% and expected to rise by 8.2% between 2019 and 2021. Smartphones are convenient, handheld PCs, which provide information right at your fingertips. But, without the right mobile apps, it is just a piece of hardware. Mobile apps are the one that connects customers with whatever they want. 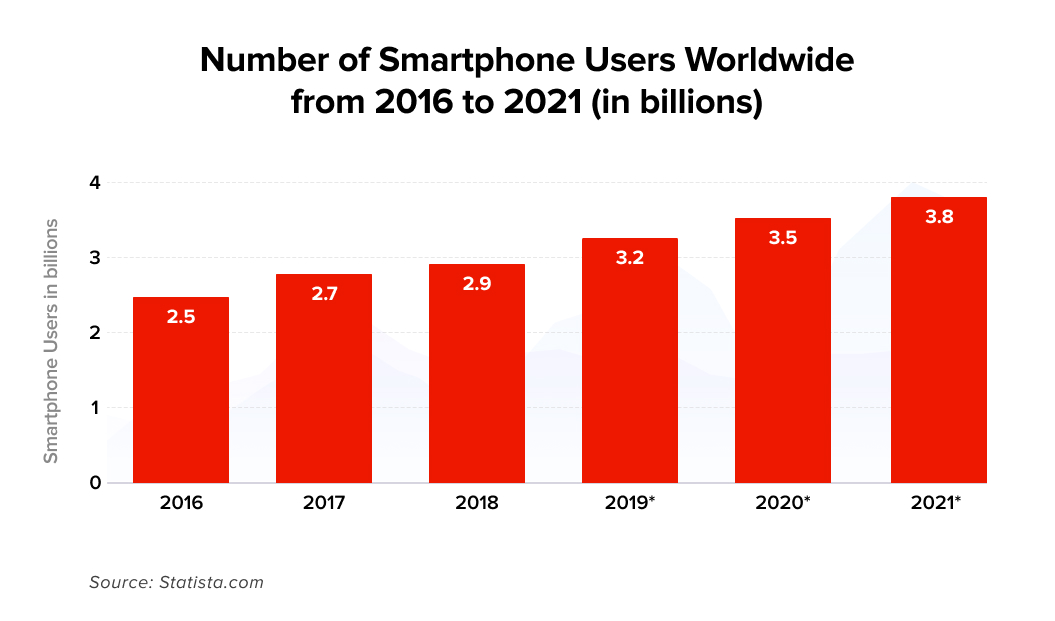 Businesses are now considering mobile apps as a better way to reach their target markets. Besides the fact that mobile apps are added to lead generation and sales, they have also added to app development costs for different platforms – Android, iOS, and Windows, until React Native and Xamarin framework came along in 2011 and 2015.

Mobile app developers prefer both React Native and Xamarin. Not only are they cost-efficient, but they also shorten the development cycle. It saves the recording time while developing frameworks for platforms. Both the apps support specific pros and cons, which makes choosing the best out of these.

Making the decision depends on business prerequisites, resources, and the abilities that you set for development. Here’s a comparison of the two.

Facebook launched the React Native Framework in 2015. It took the market by storm, even when Xamarin had already existed. It allows you to code in JavaScript, the mobile app developers’ preferred language. Since the learning curve was short, developers favored React Native as a free tool.

It allows you to write one single app using JavaScript, including parts for both Android and iOS. You can even preview the results.

1. Driven by the developer community

React Native is a community-driven platform introduced by developers. It is a combination of superior mobile app development with an agile environment. The development community used the framework to share portfolios and ideas globally. React Native allows developers to ask questions and discuss it with the community experts.

React Native enables you to use the same deployment code on iOS and Android. It not only reduces the development time but is also cost-effective.

As per a recent study, you can reuse about 90% of the code between iOS and Android. That means developers don’t have to write code for each platform. It saves on the development time, cost, and speeds up the app launch.

React Native is a predecessor to the React framework. It works on the ideas of React, enabling the creation of useful mobile apps. It has a unique live reload feature, which allows you to view recent changes made to the code in real-time.

For instance, if there are two windows on your screen – one displays the code, and the other shows a mobile screen where you can use the code, you can view the changes you have applied in the first window in real-time.

The React Native framework is well adept at all types of mobile devices. It leverages the GPU (Graphics Processing Unit), unlike other native platforms, which are more CPU (Central Processing Unit) intensive. This contributes to its robust performance.

React Native can develop super-quick applications. The framework allows you to use native code in your app. This results in building some parts of your app with native code and remaining with React Native. The use of native code improves the app’s performance.

It’s modular and intuitive architecture runs like the React framework. The interface allows developers to build on an existing project. This enables the development team to create updates and upgrades to web apps. Further, validators can understand the programming logic in less time and build useful testing situations. React Native offers creative and responsive designs, which reduces the loading time.

Xamarin, an open-source framework, that came into the picture in 2011. Xamarin solves the problems of disconnected technology stacks in app development.

Then, in 2016, Microsoft acquired Xamarin to enable developers to build apps on any device. Unlike React Native, it uses C# for creating user interface codes. You can hire an expert for Xamarin app development to get hybrid mobile apps designed for your business.

Xamarin enables you to reuse up to 96 percent of the source code as it uses C# + .Net framework in creating apps for iOS and Android platforms. You need not switch between development environments to build the apps in Visual Studio. Also, this framework is a built-in part of the IDE, without any extra cost.

With Xamarin, you can build an impeccable user experience via platform-specific UI elements. You can use Xamarin. Forms tool to build cross-platform apps for iOS, Android, or Windows. With this, the app UI components convert into platform-specific interface elements at runtime.

Utilizing Xamarin. Forms also speed up the app development process, which is a plus for prospective clients. You can customize the app’s UI by leveraging Xamarin.iOS and Xamarin. Android.

Xamarin offers native-like app features, such as providing solutions to hardware compatibility issues. This is possible through plugins, platform-specific APIs, and connecting with native libraries. It results in useful customization and native-like functionality, with less running costs.

After its acquisition, Xamarin’s licensing policies changed. Xamarin SDK became an open-source technology that is available to businesses under the MIT license, as a part of Visual Studio. By removing the license cost, the platform grew. With Microsoft leading it and it is supported by Red Hat, JetBrains, Unity, and the .NET Foundation, it earned the reputation of a robust tech stack.

Being a cross-platform app, Xamarin enables easy maintenance and updating. All you have to do is deploy the updates to the source file, which applies to both iOS and Android apps. You need to note that this would apply only when apps use Xamarin. Forms, business logic, shared code, and updates for iOS and Android apps. It not only keeps your app current but also saves time and money.

Now that we have a clear view of the differences between React Native and Xamarin development, let’s move on to the advantages that each holds for developers and businesses.

The usage of React Native is on an upward trend. Right from startups to Fortune 500 companies, it is used across businesses. Some of them include Guardian, Lazada, Frontline Recruitment Group, and ScienceDirect. Other significant names include – Tesla, Facebook, Skype, and Walmart.

Which is better: Equally good

Just-in-time (JIT) compilation, which involves compiling a bytecode or a source code into the native code at runtime, is not possible in iOS app development. Thus, one needs to fall back to the Android code.

Just-in-time (JIT) compilation is not valid for iOS; Xamarin has launched Ahead-of-time (AOT) compilation. This is because security features do not permit writable executable segments. This compilation is a great optimization technique for enhancing startup performance. On Android Xamarin, JIT is the default, but there is an option to configure AOT.

An integrated development environment (IDE) must decide for deployment. Expo is a popular choice for debugging and developing an app. But, the loading feature does not need a full app to reload after recording.

Note: Expo does not support all features of React Native vs Xamarin

Though you will need a separate platform for the build, you can code for an iOS app on Windows and compile it for Mac. It is more potent on the whole.

Here, the documentation is well organized – it is accurate, concise, complete, and helpful. In other words, all components are in place.

Which is better: React Native

Being an open-source framework, it is suitable for building apps for tabs, iOS, and Android platforms.

Xamarin’s free version offers limited resources and features when it comes to developing enterprise-grade apps. You will need to pay for an enterprise version.

Which is better: React Native

Still a young framework. There is developer support, but the lack of in-depth knowledge can be a major challenge at times.

Uses modern one-way data flow as provided by React. If you are handy with the latest JavaScript updates, you are good to go.

It works in the model–view–ViewModel (MVVM) style. If you are good at ASP.NET MVC, Web Forms, or other MV*, this is your thing.

Which is better: Equally good

All ready-made components are available in one place with bright and ample documentation.

You will find the components in two places – component stores and NuGet.

Which is better: React Native wins by a mark

It does not support 64-bit mode on Android. Displays bad results on iOS before running the fastest code. Offers custom UI designing frameworks that use quick native widgets under the hood.

It allows running the fastest code on both iOS and Android. supports 64-bit mode and offers the fastest UI by enabling the use of native tools.

If you are well versed in JavaScript, it’s a win.

When it comes to the availability and the skillset of developers, Xamarin seems to score higher. But, in cases (especially in businesses) where the available developers are well-versed with JS, Xamarin can be a daunting task for them. The same is true when we reverse the scenario.

While the market shares, performance, and the aim of both frameworks are commendable, it’s your business requirements, resources, and expectations from the framework that matters. Both frameworks offer ease, agility, and great opportunities with the help of advanced technology.

If we are eqaully good with both technologies like javascript and c# and we want to build an app for best location purpose or IOT kind of application, which one is the best for sure?