So, you like to develop native iOS or Android apps? While you can create wonderful, functional apps for either of the platforms, do you think this is enough? Perhaps, no. It will be expensive and time-consuming to create a native app for each platform and given that your audience is spread across various platforms, having a native app for any one platform is not enough. Rather, it is a good idea to have your app built for at least two, if not more, platforms. This can give you the opportunity to reach millions of other possible users.

Learning app-development skills for multiple platforms is a huge challenge and even if you hire a native developer to code an app for each platform, it will be very expensive. Plus, maintaining more than one code bases is cumbersome.

Hybrid or cross platform mobile app development not only can help you build web apps quicker and easier that can later be wrapped and run as native apps on different mobile operating systems, it also lets you easily manage your app’s lifecycle, thanks to a single code-base.

Among the myriad of hybrid app development frameworks available today, Ionic is a framework you can rely upon for developing a hybrid app falling closest to a native app in look and feel.

Despite the many benefits of Ionic, there are several myths which might cause people to shy away from using it to build native apps. We debunk these myths so that next time you need to build an app, Ionic can be one of your preferred choices.

Myth #1: Ionic is just another framework 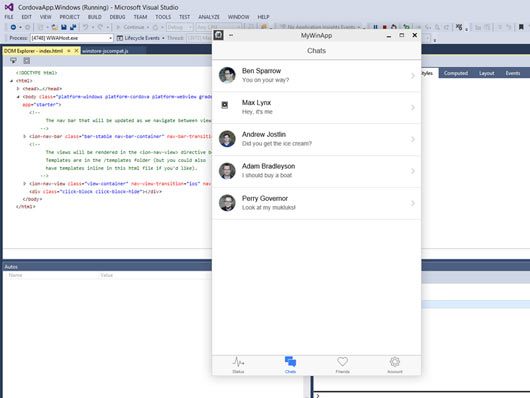 Angular-powered Ionic has gained a lot of respect in the hybrid Mobile app development community since its release. It has Git repo of more than 21,000 stars as of this writing. The Ionic Forum is very active, thereby ensuring the quick and effective resolution of all issues. Ionic, an open-source platform, can enable you to build beautiful and highly functional mobile apps with the look and feel of a native app. It also provides UI components for you to use and to customize using the CSS extension language, Sass.

Myth #2: Hybrid apps aren’t as good as native ones

The key strength of the Ionic Framework is that it enables a more native-like experience for hybrid apps in a more cost-effective manner. Ionic features platform continuity which means you can build once and run anywhere. Plus, Ionic is the only company that supports creating apps and building great mobile websites, all with the same code.

Ionic comes with native-styled mobile UI layouts and elements that you would get with a native SDK on Android or iOS. This front-end UI framework supports a broad range of common mobile components, beautiful designs, and smooth animations to make your app look compelling. Hence, with Ionic, you get the speed, portability, and lower cost of building an app along with a UX that is closer to that of fully native apps.

Myth #4: Creating an Ionic app is a huge chore

Building hybrid apps used to be a huge task because of their limited functionality for building full-fledged web applications. But with AngularJS, that has changed as Angular is the core innovation that makes hybrid apps possible. Ionic provides similar functionality for AngularJS that iOS UIKit provides for Obj-C/Swift and that Android UI elements provide for Java.

Ionic is one of the top 40 most popular projects in the world and has one of the most active and dedicated developer communities. Ionic is MIT-licensed, which means it can be used both for commercial or personal uses. Ionic is the SDK of choice for both startups and Fortune 500 companies and is installed more than 100,000 times per month. With funding from the likes of Lightbank, Arthur Ventures, and Founder Collective, one can be sure Ionic is here to stay.

Myth #6: Ionic is new and thus has limited support

Sure, Ionic is new but it is built on top of Cordova and Angular, which are very popular technologies. So anytime, you run into problems, you know you will get enough support online through an expert’s blog post or via StackOverflow. And, not to forget, the Ionic Forum is the best place to seek answers to Ionic-specific queries where you can find tutorials by many accomplished app developers. 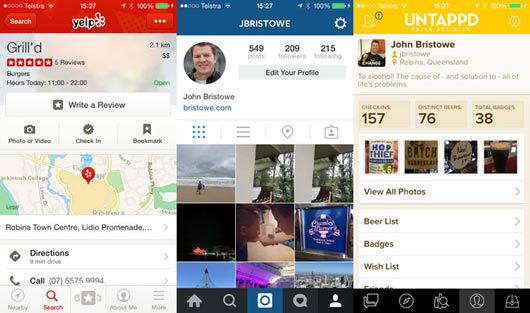 As per Gartner, hybrid technology, which offers a balance between native and HTML5-based web technologies, will be used in more than 50 percent of mobile apps by 2016. So, to be sure, hybrid apps, including the ones built with Ionic, are not just a passing trend but in fact, represent the future of mobile technology in the coming years.

If you are in the process of deciding whether creating your own mobile app the native or hybrid way, the above 7 pointers can be useful for you to know how functional and convenient hybrid mobile app development can be, especially with Ionic. We suggest you take the leap now and go hybrid with Ionic.